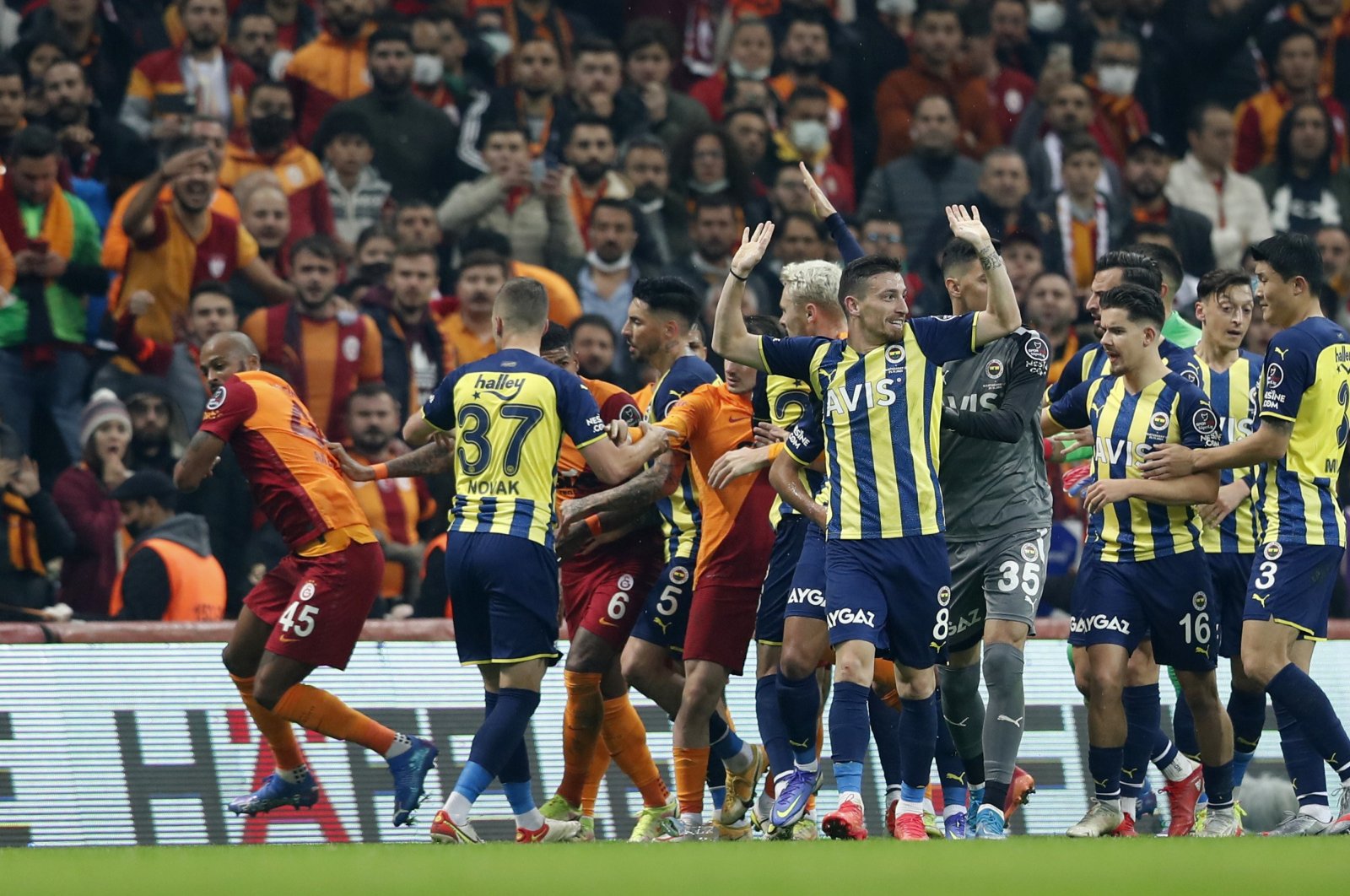 Goals by Mesut Özil and Miguel Crespo gave the reeling Fenerbahçe a much needed 2-1 victory in Turkish Süper Lig’s Istanbul derby against Galatasaray held at Nef stadium in Istanbul on Sunday.

The archrivals tied 1-1 in the first half of the Turkish Süper Lig derby.

Galatasaray’s second goal against Fenerbahçe in the second half of the match was canceled after VAR check.

Mert Hakan Yandaş made a long-range shot but it was saved by goalie Fernando Muslera in the third minute.

Muhammed Kerem Aktürkoğlu scored the opening for Galatasaray with a close-range finish in the 16th minute.

In minute 31, Mesut Özil made a run half the pitch and stayed one-on-one with Lions goalie Muslera.

Özil leveled the game with a classy finish as Irfan Can Kahveci provided the assist for Özil.

In minute 69, Galatasaray missed a chance to take the lead when Romanian midfielder Alexandru Cicaldau's close-range shot was saved by goalie Özer.

Fenerbahçe were reduced to 10 men after defender Marcel Tisserand was shown a red card for a foul on Aktürkoğlu in the 82nd minute.

After a minute, Galatasaray found the second goal with a header from Senegalese forward Mbaye Diagne but it was disallowed following a VAR (Video Assistant Referee) decision for a foul on Fenerbahçe's Mergim Berisha.

In the 97th minute, Fenerbahçe sealed a 2-1 win with a late goal by Portuguese midfielder Miguel Crespo da Silva.

Meanwhile, Galatasaray manager Fatih Terim received a red card after arguing with the referee in the stoppage time.

Fenerbahçe climbed to the fifth spot with 23 points while Galatasaray remained in the eighth spot with 21 points.

Galatasaray are yet to taste a home victory against Fenerbahçe since the 2014-15 season.

The showdowns between Fenerbahçe and Galatasaray, also known as the intercontinental derby, have always been considered the most important and enthralling meeting of the Süper Lig fixture. After all, it marks the face-off between Turkey’s biggest football clubs.

For many years, the fixture has either been an indicator or a decider in the Süper Lig’s title race. But this year, the derby comes at a time when Fenerbahçe and Galatasaray are absent from the top of the table.