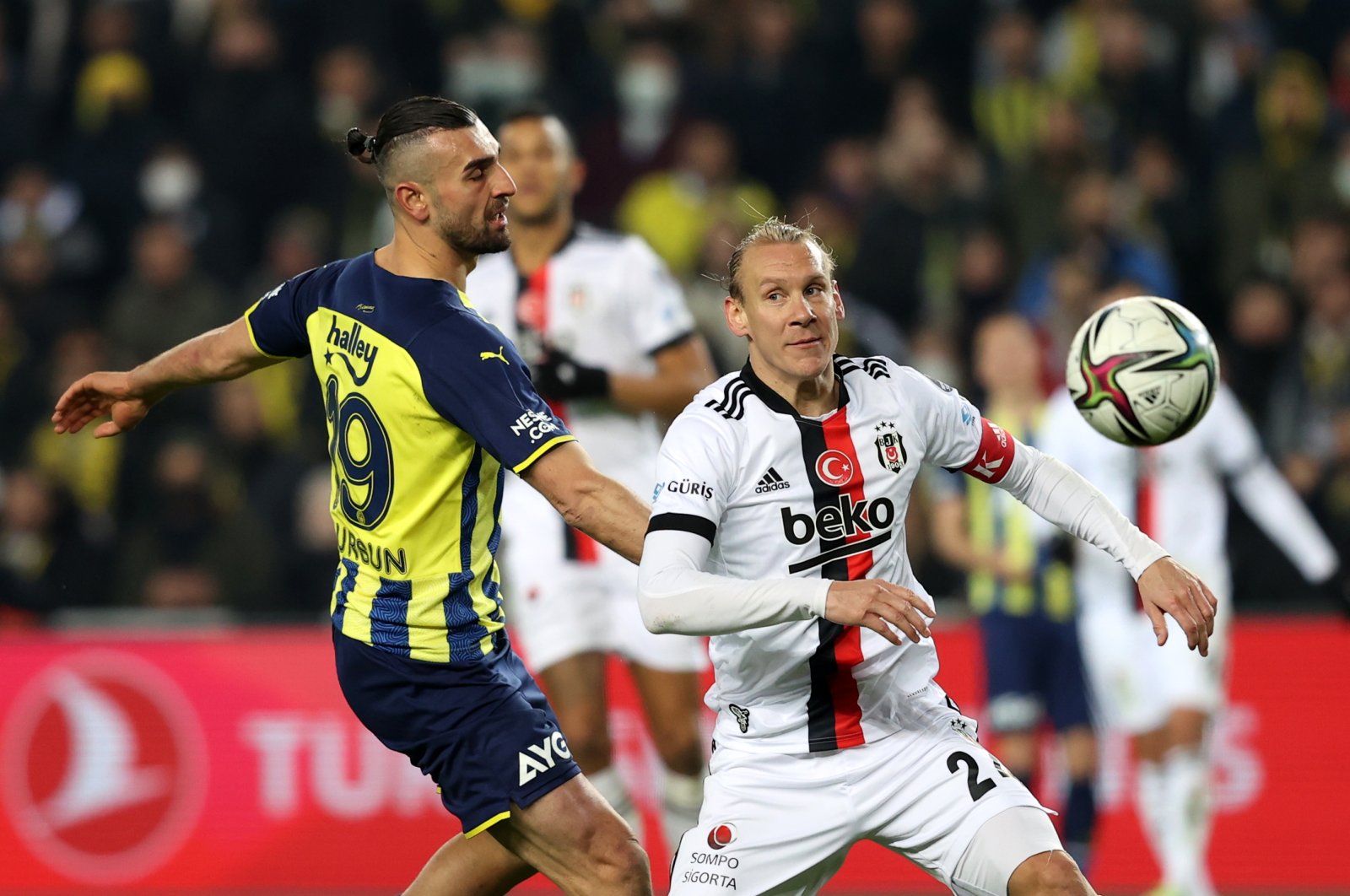 Mesut Özil converted from the spot in the 14th minute to give the host side an early lead at Istanbul's Ülker Stadium.

Beşiktaş, however, was quick to respond after Josef de Souza fired home a right-footed shot from the edge of the box in the 25th minute.

In the second half, de Souza once again leveled for the Black Eagles. He met Ridvan Yilmaz's cross with a powerful header to score the equalizer in the 59th minute.

Both sides traded blows for the rest of the match but couldn't break the stalemate and the ended 2-2.

Fenerbahçe is now in the fifth spot with 28 points from 17 matches, while Beşiktaş sits ninth with 25 points from the same number of outings.

Earlier Saturday, Süper Lig leader Trabzonspor went nine clear at the top of the points table with a 2-0 win over Hatayspor.

Djaniny drew first blood for the host in the 24th minute at the Medical Park Stadium in Trabzon.

Danish striker Andreas Cornelius then doubled the lead in the 38th minute, securing a remarkable home victory for his side.

The win meant Trabzonspor bounced back immediately from its first loss of the season against Antalyaspor last week.

It remains comfortable at the top of the Süper Lig table with 42 points from 17 matches.

Second-placed Konyaspor, who defeated Antalyaspor 1-0 at home earlier in the day, has 33 points from the same number of outings.

Struggling powerhouse Galatasaray, in the meantime, could only salvage a point against crosstown rival Başakşehir.

Stefano Okaka scored from a spectacular bicycle kick goal in the 20th minute to put Başakşehir ahead at Nef Stadium in Istanbul.

Mostafa Mohamed’s equalizer for the Lions came late in the 87th minute, only enough to escape a humiliating loss at home.

With the draw, Galatasaray saw its winless run in the Süper Lig extend to five matches. It is now struggling in the 11th place with only 24 points from 17 matches.

Başakşehir, on the other hand, is third in the league with 29 points.