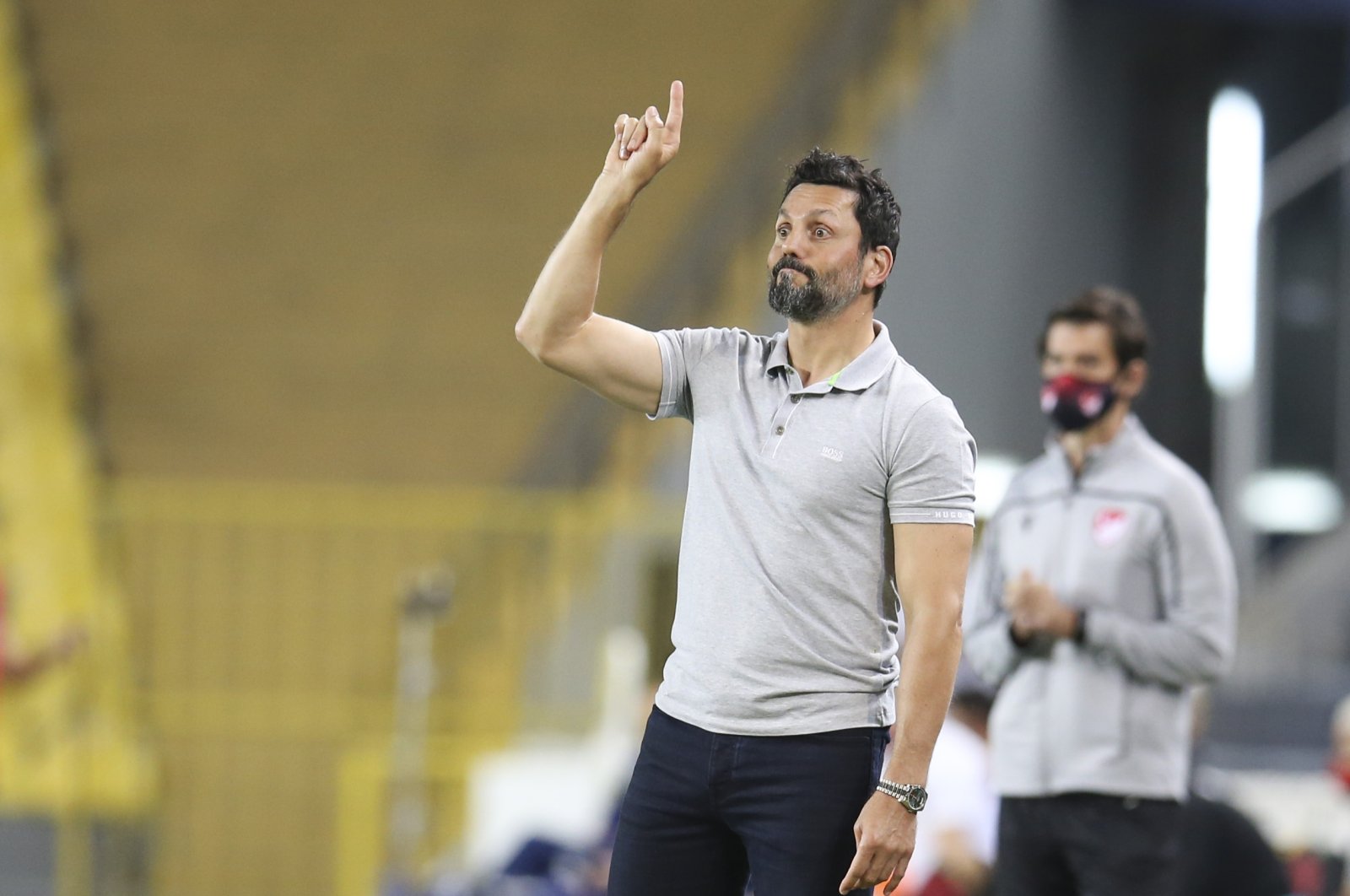 Although completely fruitless, football without fans offers unique opportunities for Turkish football to change its dynamics. Istanbul Başakşehir’s championship last year was a great example, as the relatively new club has suffered from the lack of a proper fan base for many seasons despite its consistent performance over the years.

This season, a unique chance has presented itself for two of the biggest clubs in Turkey: Fenerbahçe and Galatasaray. I have written in-depth about the unique possession game the latter has been trying to play in previous articles. Nevertheless, the former’s unique defensive approach also deserves scrutiny. Erol Bulut’s Fenerbahçe can prove itself to be a proper championship contender after the national team break if they fix some issues.

This week, Fenerbahçe played against the unexpected leader of the league, newly promoted Fatih Karagümrük. Collecting seven points in the first three weeks and beating Başakşehir on the way, the newcomer of the league posed a significant threat to Bulut’s team. Karagümrük was the complete opposite of Fenerbahçe, scoring six goals in three games, while its opponent scored only two. On the other hand, being so attack-oriented, Karamgümrük was by far the worst team, giving away opportunities to their opponents. Thus, it was yet again a crucial test for Bulut to see if his team could resist defensively and punish Karagümrük with counter-attacks.

As it turned out, Bulut managed to stop Karagümrük with an intense push, especially in the first half, and an all-around fierce battle for the returned balls.

As Fenerbahçe lacks versatility in attacks and relies on counter-attacks, the first 30 minutes of any game is crucial for Bulut. During this period, he pushed Karagümrük into the corner and tried to get the most out of it while the visiting side was trying to repel the first wave, securing a goal thanks to the combination of Mbwana Samatta’s striker instinct and a poor defensive display on the part of Karagümrük. Regardless, his plan worked in the first half as Fenerbahçe stopped Karagümrük from building its game and got a goal out of intense pressing.

In the second half, until the 74th minute, the game was still under Fenerbahçe's control. Samatta scored another one with great positioning, showing the reliability of his fundamental striker skills. However, things changed rapidly after Jose Sosa was replaced by Tolga Ciğerci in the 74th minute. Then, Fenerbahçe became a completely defensive team rather than a dangerous pressing team. Karagümrük took the initiative and started utilizing their precise passing patterns.

Not knowing what to do with the ball after intercepting it like most purely defensive teams, Fenerbahçe mostly gave the ball back quickly to Karagümrük in the last stage of the game. This resulted in two penalties and a red card for the center back Lemos, who was one of the best of the team. If it had not been for the goalkeeper Altay Bayındır, who saved the second penalty, this tactical shift in the game could have cost Fenerbahçe two precious points.

Bulut’s first and foremost task in the national team break should be unifying the different stages of a match in a single, grand strategy. Obviously, his team is not able to press fiercely for 90 minutes as this is physically impossible to achieve at the moment. Nevertheless, he could come up with a better passing model, which could relieve the pressure on Fenerbahçe when it tends to pull back and protect the result. If he can add more versatility in Fenerbahçe’s game, Bulut could silently implement another reform in the Turkish league, as Fenerbahçe would be the first big team in Turkey to play dominantly defensive and more organized in lieu of talent.