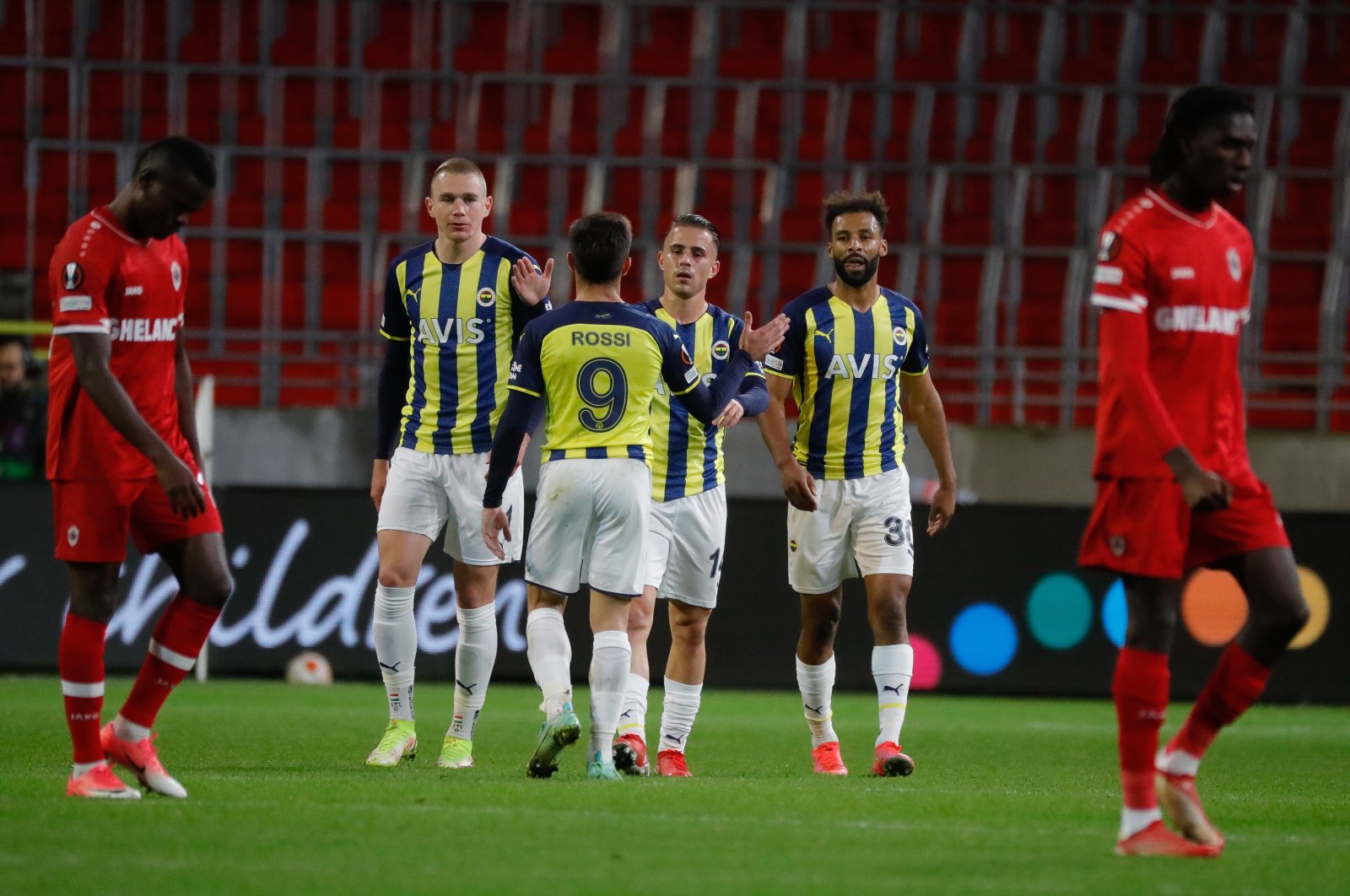 Istanbul side Fenerbahçe secured its first win late Thursday in its UEFA Europa League journey against Belgium’s Royal Antwerp with a decisive 3-0 score.

Fighting for survival in the tournament, the Yellow Canaries reinvigorated their Europa League campaign with the win against the relatively weaker opponent.

Mert Hakan Yandaş scored the opener at the ninth minute while Max Meyer widened the lead some seven minutes later in the match played at Bosuilstadion in Antwerp, Belgium.

Concluding the score was Yellow Canaries’ Mergim Berisha, who scored at the 29th minute.

In another Group D match, Eintracht Frankfurt claimed a 2-1 away victory over Olympiacos at Stadio Georgios Karaiskakis in Piraeus.

With this victory, two draws and a loss, Fenerbahçe is currently third above Antwerp in Group D.

Eintracht Frankfurt leads the group with 10 points, followed by Olympiacos with six.