Fenerbahçe's form proves Erol Bulut should not rush his plan 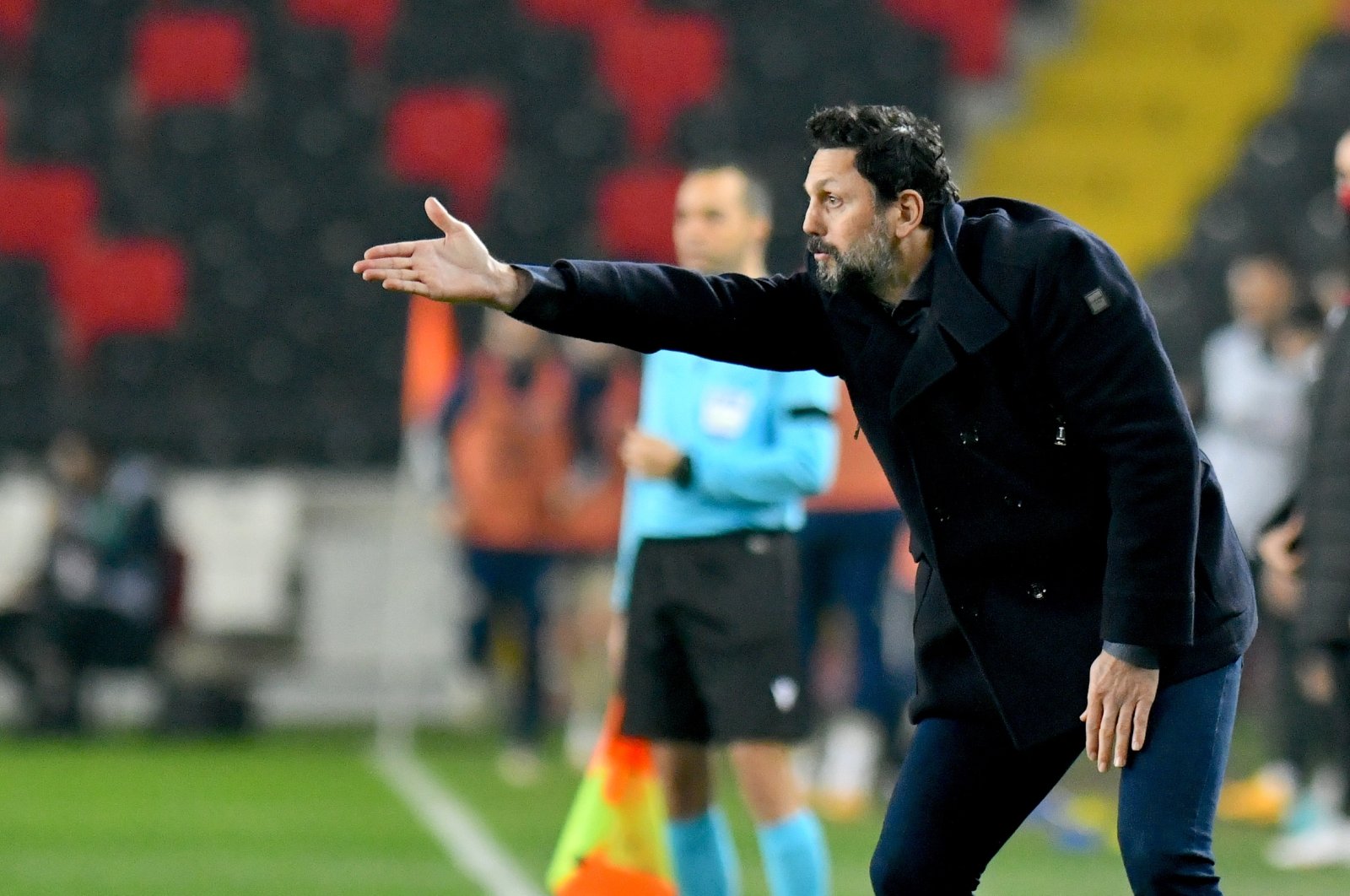 After quickly climbing to the top of the Süper Lig in the first two months of the season, Fenerbahçe now finds itself in a crisis in the 13th week. Coach Erol Bulut’s team lost three of its five games since the last international break, conceding 11 goals.

Comparing the two periods, Fenerbahçe has doubled the average goals it conceded per match, from eight goals in eight games to 11 in five. Of course, losing against Beşiktaş, an archival, in a home game after 15 years was a momentum-killer for Bulut’s team.

Nevertheless, the strategic and tactical examination of Fenerbahçe in the last five games also shows that panic is taking over the team and the consistency of the first eight weeks is gone.

A quick glance at starting lineups in the past five games shows that Bulut is trying to reorient his team into the earlier path in a panicked fashion. Only the central defender, Marcel Tisserand, was able to protect his position after the international break.

All other defenders either changed positions or did not even start more than once in the same position. Another central defender Paolo Lemos kept shifting back and forth between the right-back and central defense; other central defenders Serdar Aziz and Sadık Çiftpınar took turns in replacing him. Caner Erkin and Filip Novak kept changing in the left-back, and Gökhan Gönül shared the right-wing with Nazım Sangare and Lemos.

Now, it was fairly obvious from Fenerbahçe’s transfer policy that the club was looking for a rich, experienced squad, ready to make quick changes. Nonetheless, this much inconsistency is not about squad depth but panic.

Bulut’s defensive line was much more consistent until the international break with Gönül, Lemos, Tisserand and Erkin mostly starting for the team. I do not understand why Bulut changed his approach as he was halfway into establishing a solid defensive game, but it seems like he tried to insert more attacking variety in a team that was not ready for it.

Against Beşiktaş, where the downfall of Fenerbahçe in the last month began, Bulut strangely changed his midfield system to a very offensive one. The midfield, which normally controlled the pace of the game with Luiz Gustavo and Jose Sosa, was tasked to move toward the wings to help attacking set-pieces.

It was clear from Bulut’s decision that he underestimated Beşiktaş’s offensive capabilities, and he paid the price with conceding four goals.

However, it seems like he learned the wrong lesson from that game, as instead of changing the midfield strategy he implemented, he then started to shuffle his defensive line. Apparently, Bulut thought that the goals Fenerbahçe conceded against Beşiktaş were results of individual mistakes, rather than a strategic or a tactical one.

Even more interesting was that Sosa, the playmaker of the team, was cut after a 2-0 victory against Denizlispor, the only instance of Bulut returning to his classical game with Gönül and Erkin in the wings.

Sosa’s absence in the last two games, combined with another set of reshuffling in the defense, wreaked havoc on Fenerbahçe’s structure. The team lost 0-3 against Yeni Malatyaspor at home and this weekend 3-1 against Gaziantep FK.

Bulut did not understand that his team was not ready to add a new attacking layer to its game before mastering the defensive one first. Added to that, trying to experiment while changing the core of the team constantly was a very bad idea.

For the sake of Fenerbahçe’s title hopes, Bulut must return from this overarching campaign immediately.