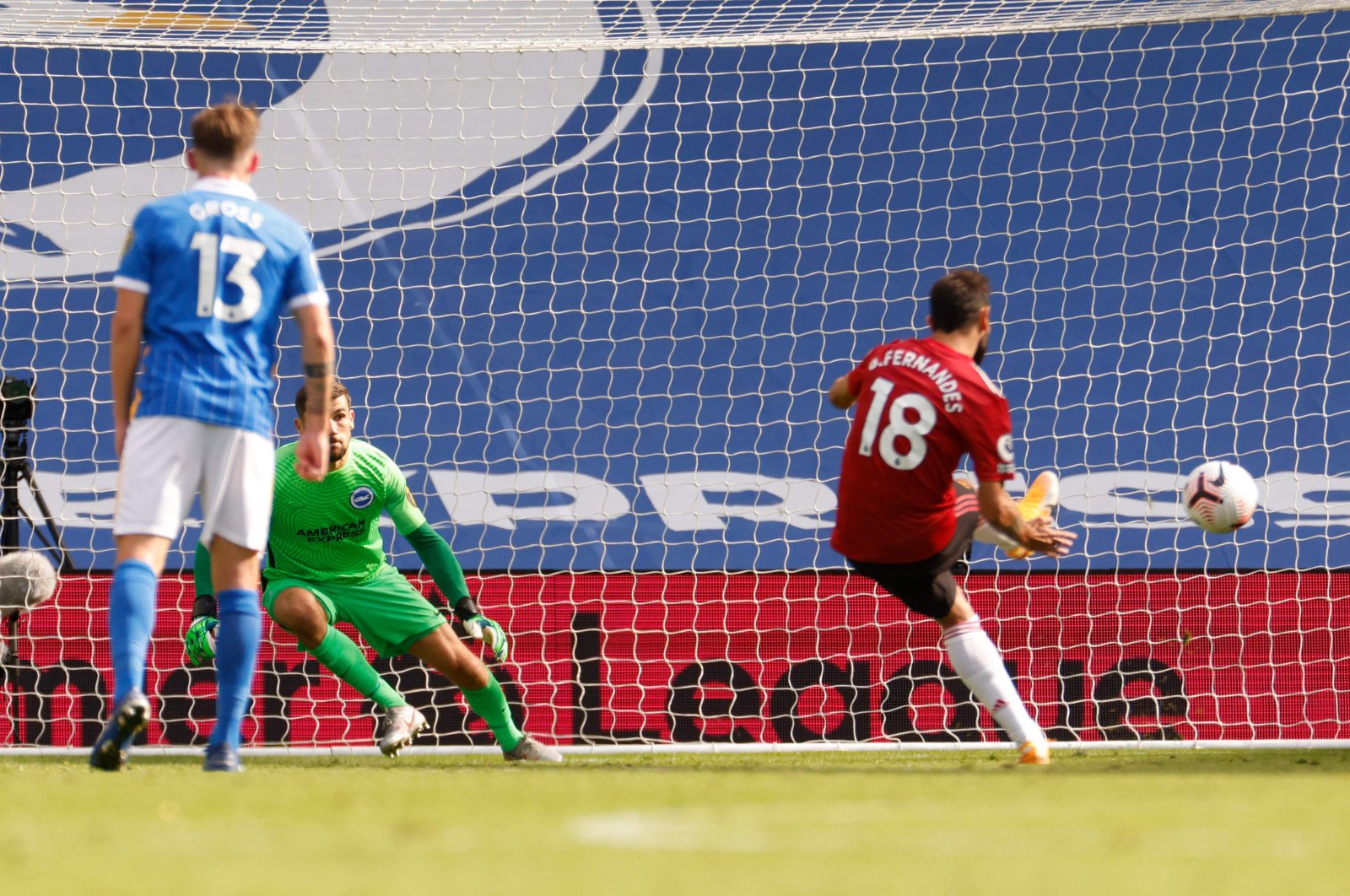 Bruno Fernandes converted a penalty in the 10th minute of stoppage time with the last kick of a wild Premier League game to earn Manchester United a 3-2 win over Brighton, which had earlier scored in added-on time and also hit the goal frame on five occasions on Saturday.

United was awarded a spot-kick after the referee saw on the pitchside monitor that Harry Maguire’s header deflected off the outstretched hand of Brighton striker Neal Maupay before being cleared off the line.

Despite the full-time whistle having already been blown, Fernandes was allowed to take a penalty and the Portugal playmaker found the corner of the net to score the latest Premier League goal since 2011 and secure a first win of the campaign for United.

Even Fernandes accepted it was fortunate.

In the last of the allotted five minutes of second-half stoppage time, Solly March – one of the players to have previously hit the goal frame – headed home at the far post for a goal that looked like sealing a point for the hosts.

Earlier, Leandro Trossard struck both posts in the opening 21 minutes before smashing a shot against the bar in the second half.

With Adam Webster heading against the bar and March striking a shot against the post, the Premier League’s official statistics supplier, Opta, said it was the first time a team had struck the goal frame five times in a match since the company started compiling data in 2003-04.

“They have a lot of chances, it’s true,” Fernandes said. "Maybe everyone can say they deserve more, or not. The point is, score goals — don’t hit the crossbar or the post.

“Sometimes you have to have some luck.”

Brighton went ahead in the 40th minute when Maupay converted a cheeky “Panenka” penalty after Fernandes brought down Tariq Lamptey.

The Red Devils equalized three minutes later via an own-goal by Lewis Dunk, who inadvertently turned the ball into his own net after Nemanja Matic pulled the ball back across the face of goal at a free-kick.

Brighton was denied a penalty at the start of the second half after Paul Pogba was initially adjudged to have clipped the legs of Aaron Connolly. The referee changed his mind after viewing the incident on the pitchside monitor and booked Connolly.

Then, United went ahead through Marcus Rashford, who cut in from the left after being played in behind the Brighton defense, delivered two shimmies, before getting the ball back on his left foot and rifling in a shot that deflected into the top corner in the 55th minute.