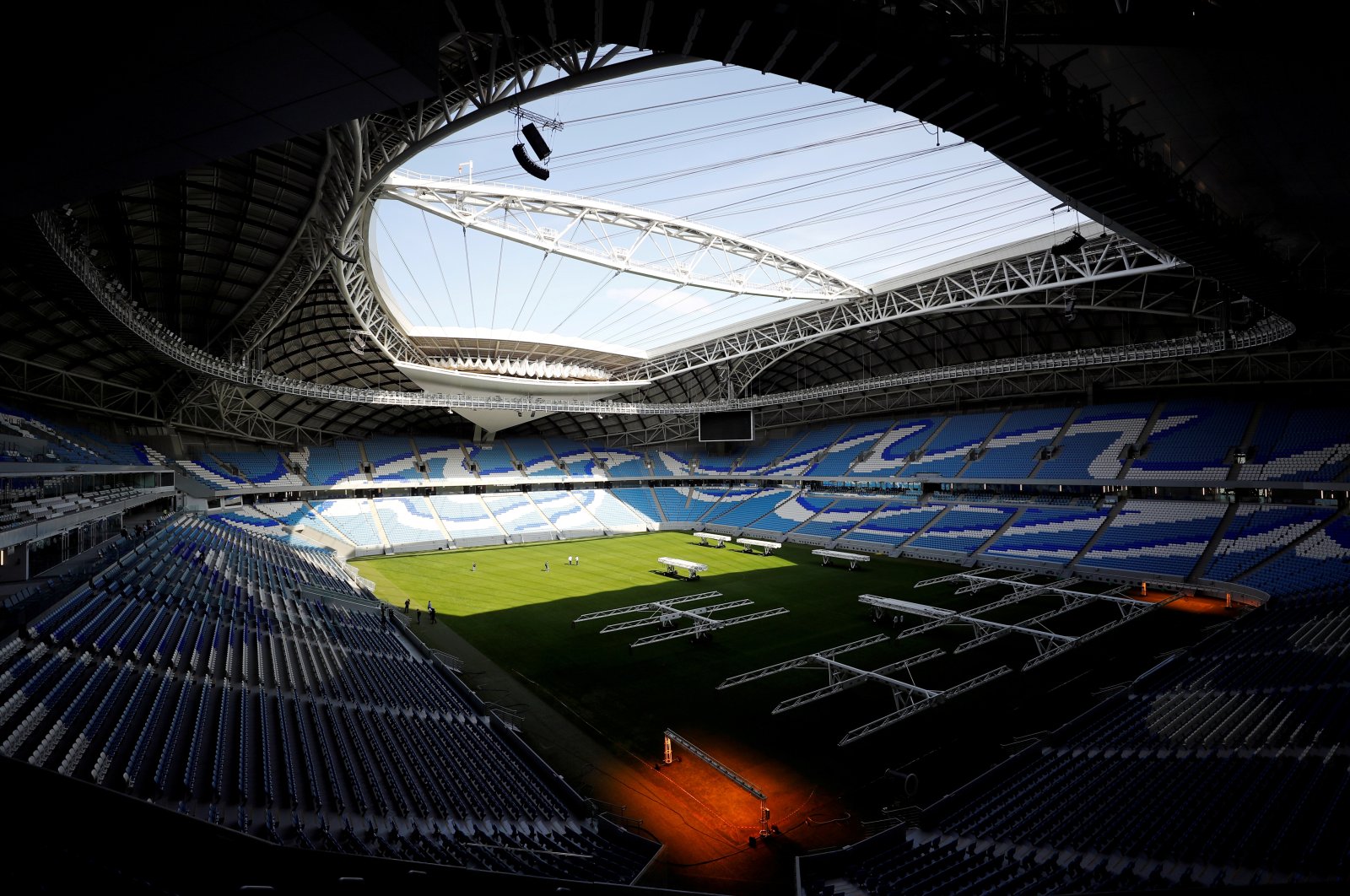 FIFA said hospitality agents for the tournament, to be held from Nov. 21-Dec. 18, 2022, had committed to sales targets that were beyond the totals achieved for the 2014 World Cup in Brazil and the 2018 edition in Russia.

"We're delighted to see such extraordinary interest in the World Cup ... when following challenging times, the world can come together for a global festival of football," FIFA's Director of Commercial Revenue Nick Brown said in a statement to coincide with the launch of the packages, which offer match tickets plus services at stadiums, with additional deals on accommodation and travel.

"The FIFA Hospitality Programme has a proven track record of delivering a fantastic range of products, and in late 2022 we'll open the door to world-class services and memorable experiences for hospitality clients."

Hospitality packages will include alcohol

Alcohol will be available to football fans in stadiums at the 2022 World Cup, but so far only to those purchasing hospitality packages, the contractor behind the premium offerings has said.

Despite the Muslim nation's strict rules around alcohol consumption, the announcement indicates that Qatari authorities agree in principle with serving it at the venues – the clearest indication yet that beer and other drinks could be available for ordinary fans.

The question of alcohol at the World Cup has dogged the Qatari organizers since the conservative Islamic emirate won the right to host the tournament back in 2010.

No ruling on the availability of alcohol in stadiums for standard ticket-holders has yet been issued.

Speaking at Monday's launch of packages for the tournament, Jaime Byrom, the chairman of MATCH Hospitality, the World Cup hospitality provider, said: "It is our expectation that people will be able to (drink)."

"We expect that depending on the decisions taken by others – we will of course always comply with whatever regulations, whatever laws are decreed – certainly at this point in time we are planning to be in a position to serve alcohol in our hospitality program."

In a sales presentation, MATCH Hospitality touted their most premium offering for the World Cup, the Pearl Lounge box at the 80,000-seat Lusail stadium, which will feature "mixologists, Champagne selection, sommeliers, and premium spirits." No price was given.

Sales and consumption of alcohol are tightly controlled in Qatar. Only a handful of bars and restaurants linked to luxury hotels are permitted to serve, and a single state-controlled off-license bottle shop sells to holders of liquor permits.

Temporary visitors, including soccer fans, will not be eligible to purchase from the bottle store under the current rules.

While alcohol prices have dipped modestly in recent years, a pint of beer outside of happy hours commonly costs in excess of $15, with glasses of wine reaching almost $20.

It is a crime to be intoxicated in public in Qatar and there is zero-tolerance for drink driving.

Qatar experimented with a "wet fan zone" during the 2019 FIFA Club World Cup when fans were permitted to consume alcoholic beverages at a site on the outskirts of Doha. A beer cost around $7 and supporters responded favorably.

That year, Secretary-General of the Supreme Committee for Delivery and Legacy Hassan al-Thawadi said "alcohol is not part of our culture, but hospitality is."

There will be no fan zone at this year's Club World Cup featuring European champions Bayern Munich, which gets underway Thursday, due to strict coronavirus prevention measures.