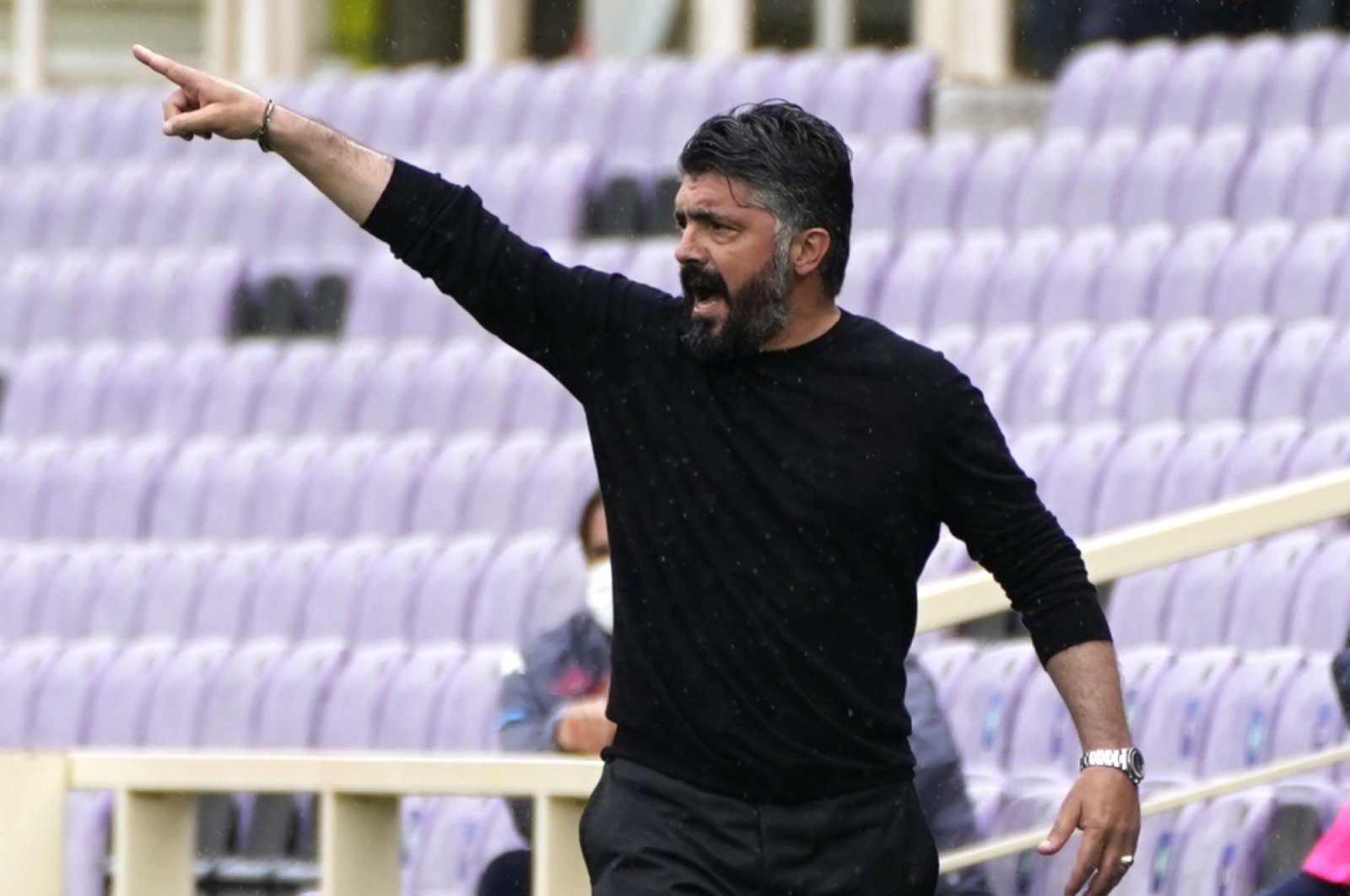 Napoli coach Gennaro Gattuso gestures during the Italian Serie A soccer match between Fiorentina and Napoli at the Artemio Franchi stadium in Florence, Italy, May 16, 2021. (LaPresse via AP)
by French Press Agency - AFP May 25, 2021 8:23 pm

Fiorentina appointed Gennaro Gattuso as its new manager Tuesday, less than 48 hours after the former Italian international left another Serie A outfit, Napoli.

"Gennaro Gattuso will be the new coach of Fiorentina," President Rocco Commisso announced on the Tuscan club's website, which added that the new coach would take up his position on July 1.

Iachini started last season in charge, was fired and replaced by Cesare Prandelli in December but recalled when Prandelli quit in March. After ensuring the club would avoid relegation, Iachini resigned. Fiorentina finished 13th.

Italian media had reported earlier in the day that Lazio were going to fire coach Simone Inzaghi and would be Gattuso's preferred destination.

Gattuso led Napoli to his first major trophy as a coach when it won the Italian Cup last June.

However, Napoli missed out on this season's main target, Champions League qualification, on Sunday. It started the final round of matches in fourth place, but drew at home with Verona to slip below Juventus, who won at Bologna.