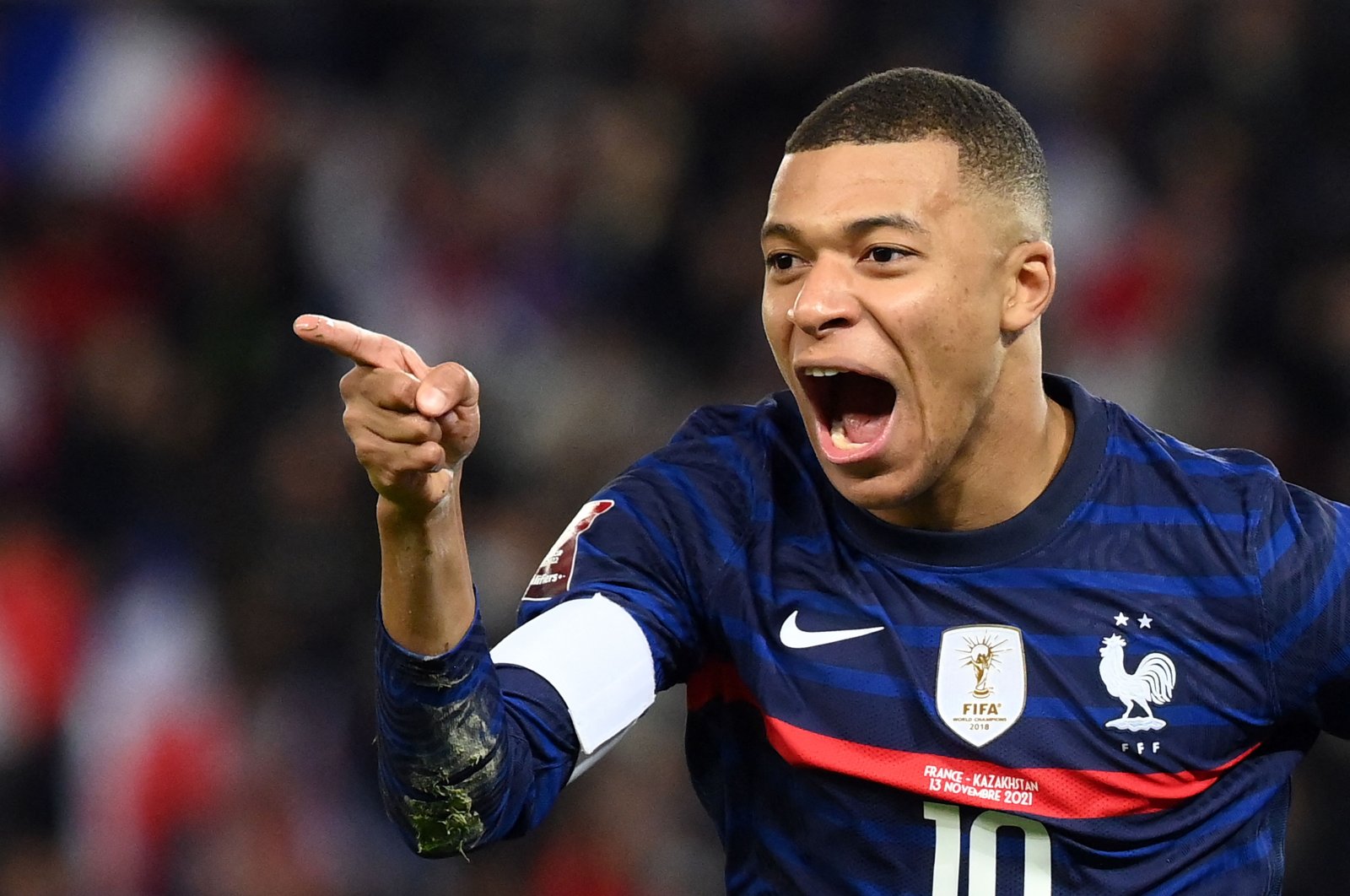 While reigning champion France and top-ranked Belgium confirmed their tickets to the Qatar 2022 World Cup, the Netherlands were left waiting after a draw against Montenegro

Karim Benzema scored twice and there were further goals for Adrien Rabiot and Antoine Griezmann whose penalty marked his 42nd goal for France, taking him ahead of Michel Platini.

Only Thierry Henry (51) and Olivier Giroud (46) have scored more for France.

The French will be joined at the finals by neighbor Belgium as the world's top-ranked team saw off Estonia 3-1 in Brussels to ensure top spot in Group E ahead of Gareth Bale's Wales who beat Belarus 5-1 in Cardiff.

The Netherlands, who missed out on the 2018 World Cup, looked on course to join them as they led Montenegro 2-0 going into the last 10 minutes of their encounter in Podgorica.

However, the Dutch conceded two goals in the last 10 minutes to draw 2-2. They still top Group G but are just two points ahead of Turkey and Norway.

On the sixth anniversary of the 2015 attacks in Paris which claimed the lives of 130 people, France put on a spectacular show for its supporters.

Mbappe set the ball rolling when he put the world champion ahead after just six minutes.

The Paris Saint-Germain star, playing on his home ground, added a second six minutes later and completed his first hat trick for France with a thundering header just after the half-hour.

Leading 3-0 at the break, France turned up the heat even more in the second half as Benzema struck twice before Rabiot and Griezmann had their moments in the spotlight.

It was fitting that Mbappe had the final say, stroking home his fourth to complete the rout three minutes from time.

"A World Cup is a dream, an aim, it's everything and it's a unique chance to play in a team that can win it. We're going over there to win it," Mbappe said.

The Finns have a two-point advantage going into the final round of matches after seeing off Bosnia-Herzegovina 3-1.

The Finns had Jukka Raitala sent off before half-time but goals from Brentford forward Marcus Forss, Robin Lod and Daniel O'Shaughnessy sealed the win.

Belgium had dropped just a single point in qualifying up to this point and knew that victory over Estonia would guarantee them top spot in Group E.

Manager Roberto Martinez, however, was without first-choice strikers Romelu Lukaku, Mitchy Batshuayi and Touri Tielemans who were all injured.

That meant a call-up for Christian Benteke and the Crystal Palace forward did not disappoint, taking his chance to press his claims by netting the opener after just 11 minutes.

"I know I'm only the third choice in the hierarchy of the forwards but I'm not giving up," said Benteke.

"The place in the squad for Qatar will be earned on the pitch."

Yannick Carrasco doubled the lead eight minutes into the second half and although Erik Sorga pulled one back for the visitors, Thorgan Hazard put the game to bed shortly after.

That win meant that Wales, who had already secured a place in the playoffs, would not be able to catch them.

The Welsh, however, boosted by the presence of Bale making his 100th appearance, produced their own impressive show with Aaron Ramsay scoring twice on a noisy night in Cardiff.

The Dutch, meanwhile, who would have qualified with a win over Montenegro, will rue careless defending after Memphis Depay had scored twice to give them a 2-0 lead.

Ilija Vukotic marked his international debut with a goal in the 82nd minute to give the home side some hope and four minutes later Nikola Vujnovic looped in a header to halt the orange march to Qatar.

"The way we played in the second half was just outrageous," Dutch captain Virgil Van Dijk told Dutch broadcaster NOS.

"Our organization was just awful. We should have qualified here."

The Dutch are just two points ahead of Turkey, who put six past Gibraltar, and Norway who proved toothless without the injured Erling Braut Haaland as it was held to a 0-0 draw against Latvia in Oslo.

The Dutch host Norway in Rotterdam Tuesday in the final round of matches while Turkey travels to Montenegro.

France and Belgium join Denmark and Germany as confirmed qualifiers from Europe with the other six automatic places to be settled over the course of the final matchday.