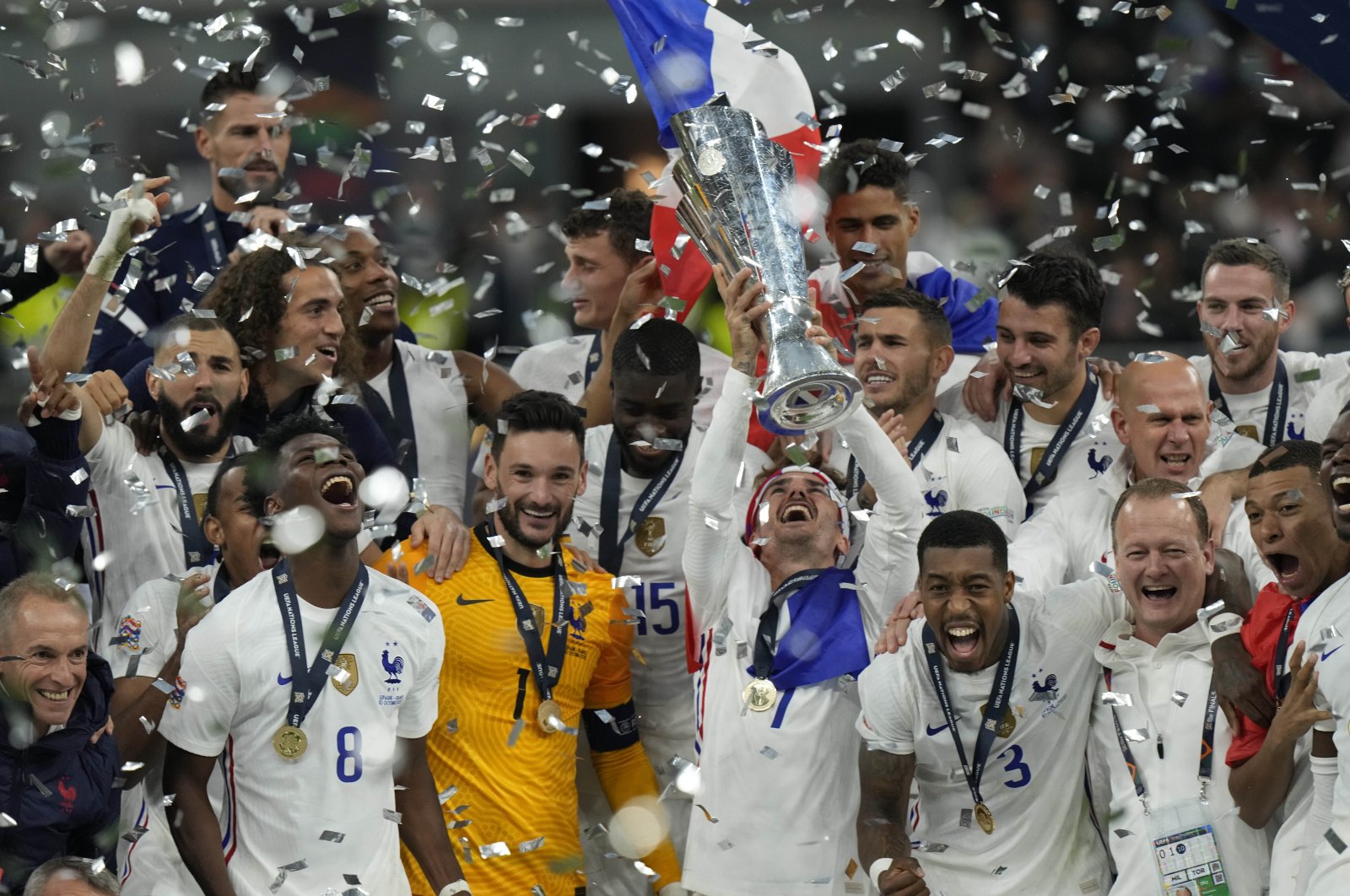 The France national football team moved up to No. 3 in the latest FIFA world ranking Thursday, following its Nations League title win earlier this month.

However, the 2018 World Cup winner still trails both top-ranked Belgium and No. 2 Brazil.

The Belgians, which lost to France in the semifinals of the Nations League and World Cup, have been at the top of the rankings for three years.

Belgium added more ranking points than France with a better record so far in the current World Cup qualifying program and in the group stage and knockout rounds of this year's European Championship.

The rankings are likely to come into play when FIFA makes the seedings for the next World Cup draw. It is set for April 1 in Doha, Qatar.