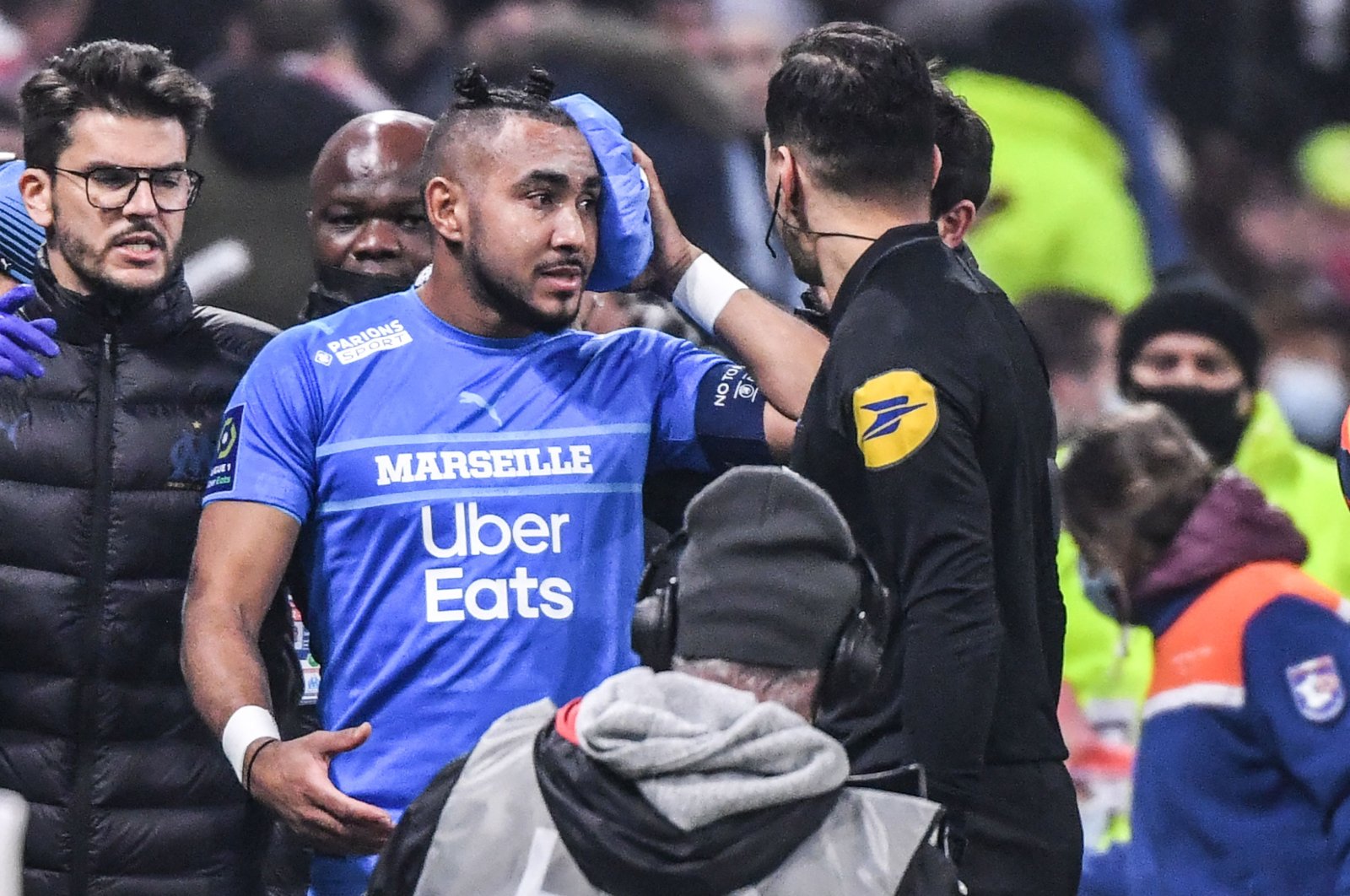 The French interior and sports ministers will meet the country's football chiefs on Tuesday after the Ligue 1 match between Marseille and Lyon was abandoned when Dimitri Payet was hit in the head by a bottle.

The Marseille captain required treatment after being struck on the side of the head as he prepared to take a corner for the visitors in the fifth minute of Sunday's match at Lyon's Parc OL stadium, prompting both teams to return to the changing rooms.

It is the latest incident in a Ligue 1 season that has been rocked by incidents involving spectators.

An individual was arrested and taken into custody after being identified by stadium security cameras following the Payet incident, police told Agence France-Presse (AFP).

Payet was also hit by a bottle during a game at Nice in August. He had been heckled by Lyon supporters while warming up before kick-off.

Nice was docked a point after the incident with Marseille, who on Wednesday was ordered to play its next home game behind closed doors after trouble during last month's clash with Paris Saint-Germain.

The game between Nice and Marseille was halted with 15 minutes left and replayed in its entirety two months later on neutral ground in Troyes and without fans.