Galatasaray beats Gaziantep in one of season’s top performances 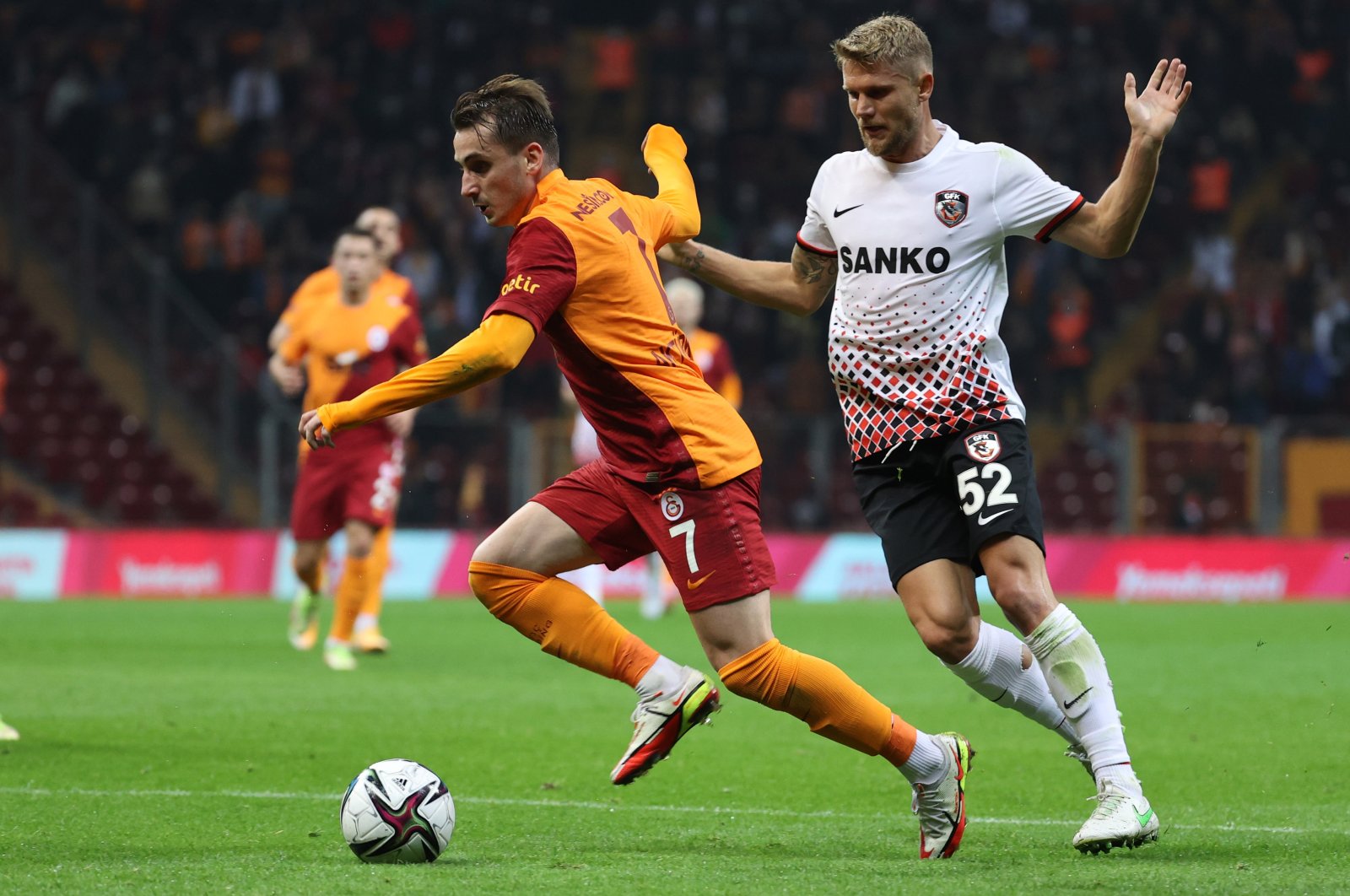 Galatasaray, under the guidance of veteran coach Fatih Terim, put on one of the best performances this season to beat Gaziantep 2-0 on Sunday.

The Lions have employed two key game plans this season: One is a defensive strategy where they use both Taylan Antalyalı and Berkan Kutlu in the center. It is a midfield model that aims to disrupt an opponent’s attacking fluidity.

This plan yielded good results against Marseille and Lokomotiv Moscow in the Europa League. However, Terim did not get the same results against Beşiktaş because he was a little late in executing it.

Galatasaray's second game plan this season deploys either Kutlu or Antalyalı in the starting 11 while adding an extra forward upfront.

This particular strategy was used in the first half against Konyaspor and in the second against Göztepe.

Against Gaziantep, however, Terim opted for this game plan from the get-go. Galatasaray was more intense upfront when only Kutlu was used as a defensive midfielder in the center.

Galatasaray was rewarded with continuous attacks until the end of the first half and eventually, Olimpiu Morutan's goal came following a number of consecutive corners.

Another positive sign for Galatasaray is the average age of its squad. The forward six on Sunday had an average age of 22, certainly very promising for the club’s future.

These six players were less effective in the first 45 minutes because the game was played from the left and Barış Yılmaz lacked creativity in that position.

In the 25th minute, Kerem Aktürkoğlu switched to the left, transforming the same intensity to efficiency. Once the positional continuity was ensured, Galatasaray eventually found the goal.

It is also necessary to acknowledge the decent performances put on by left central defender Marcao and left central midfielder Alexandru Cicaldau.

In the second half, Galatasaray stepped on the break. It shared the ball more with Gaziantep and we started to watch more duels between Nouha Dicko and Marcao.

At that point, it was the right decision to have Sofiane Feghouli on the field, since Galatasaray central midfielders have not played many through balls to strikers this season. Feghouli played as the right-winger and delivered an extra pass from the center that was converted to the second goal.

After the game against Gaziantep, where almost everything was very positive for Galatasaray, only one question remained: Why this forward setup was not played against Beşiktaş? I think this key decision cost Terim dearly.