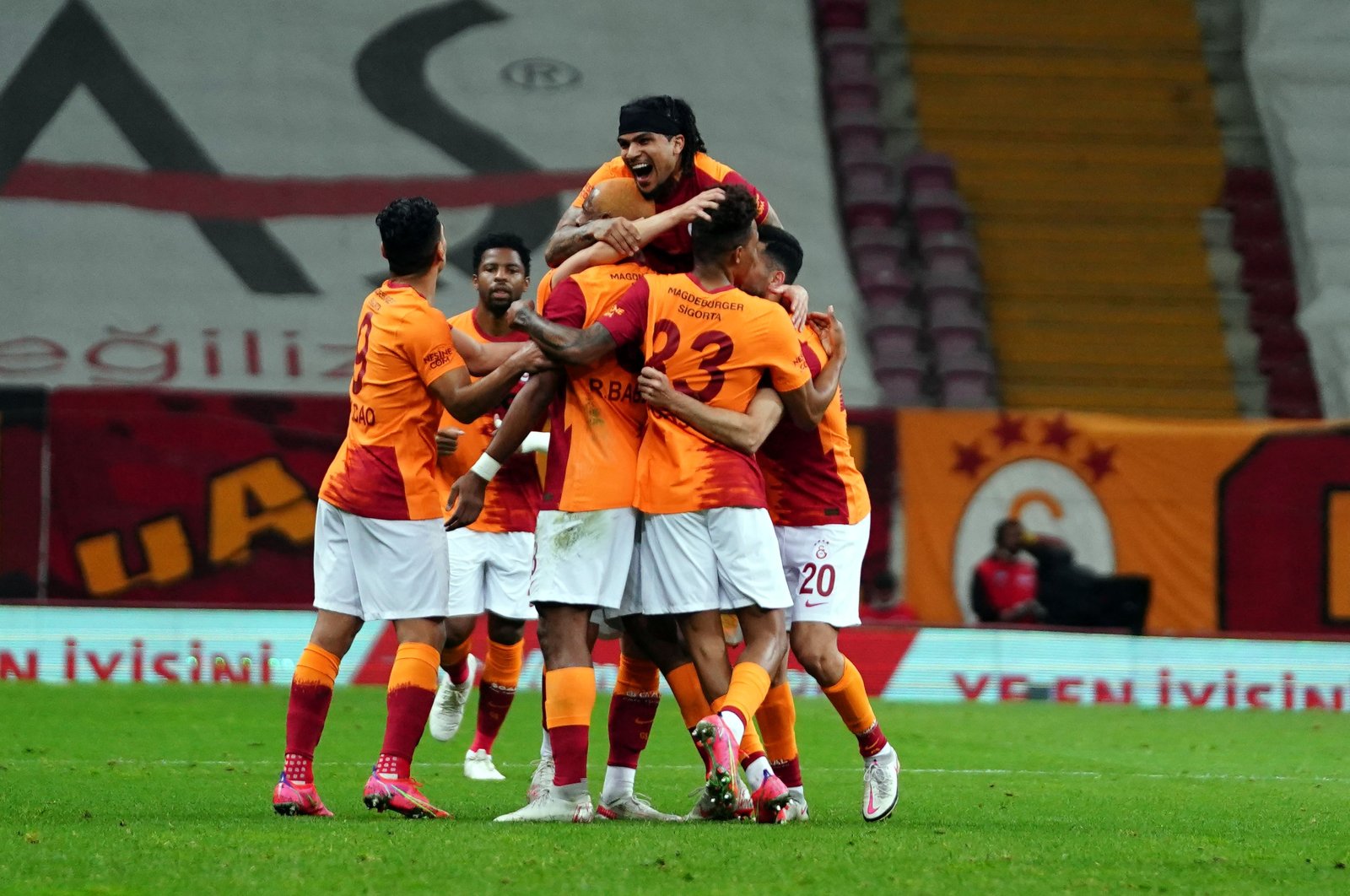 Galatasaray defeated Beşiktaş 3-1 in Saturday's Istanbul derby clinching a key victory in the Turkish title race, as both the Lions and their archrival Fenerbahçe closed in on the league leader to keep title hopes alive.

Before the Turkish Süper Lig Week 40 clash, Beşiktaş, at 81 points, had a five-point advantage over runner-up Fenerbahçe, which was followed one-point apart by Galatasaray. Now, all three Istanbul giants share the top three spots in Süper Lig with two weeks remaining.

The Lions led the first half at their home ground Türk Telekom Stadium 2-1 against the league leader. Ryan Babel's 11th-minute goal was reviewed through video assistant referee (VAR) over possible offside.

Veteran referee Cüneyt Çakır's ruling was overruled by the VAR in the 38th minute and resulted in a penalty for Beşiktaş, which was turned into a goal by Rashid Ghezzal.

Six minutes later, Radamel Falcao scored through a penalty and gave Galatasaray a 2-1 lead before the first half ended.

In the 76th minute, veteran midfielder Ara Turan brought the score 3-1 for the home team.

Fenerbahçe also sealed a crucial victory with a 2-1 comeback win Ankaragücü on Saturday.

The capital side made a great start to the game with Alper Potuk's early goal but Ozan Tufan scored the equalizer as the first half ended 1-1 at the Eryaman Stadium.

In the second half, Fenerbahçe came from behind with Enner Valencia's stoppage-time goal to claim an important victory.