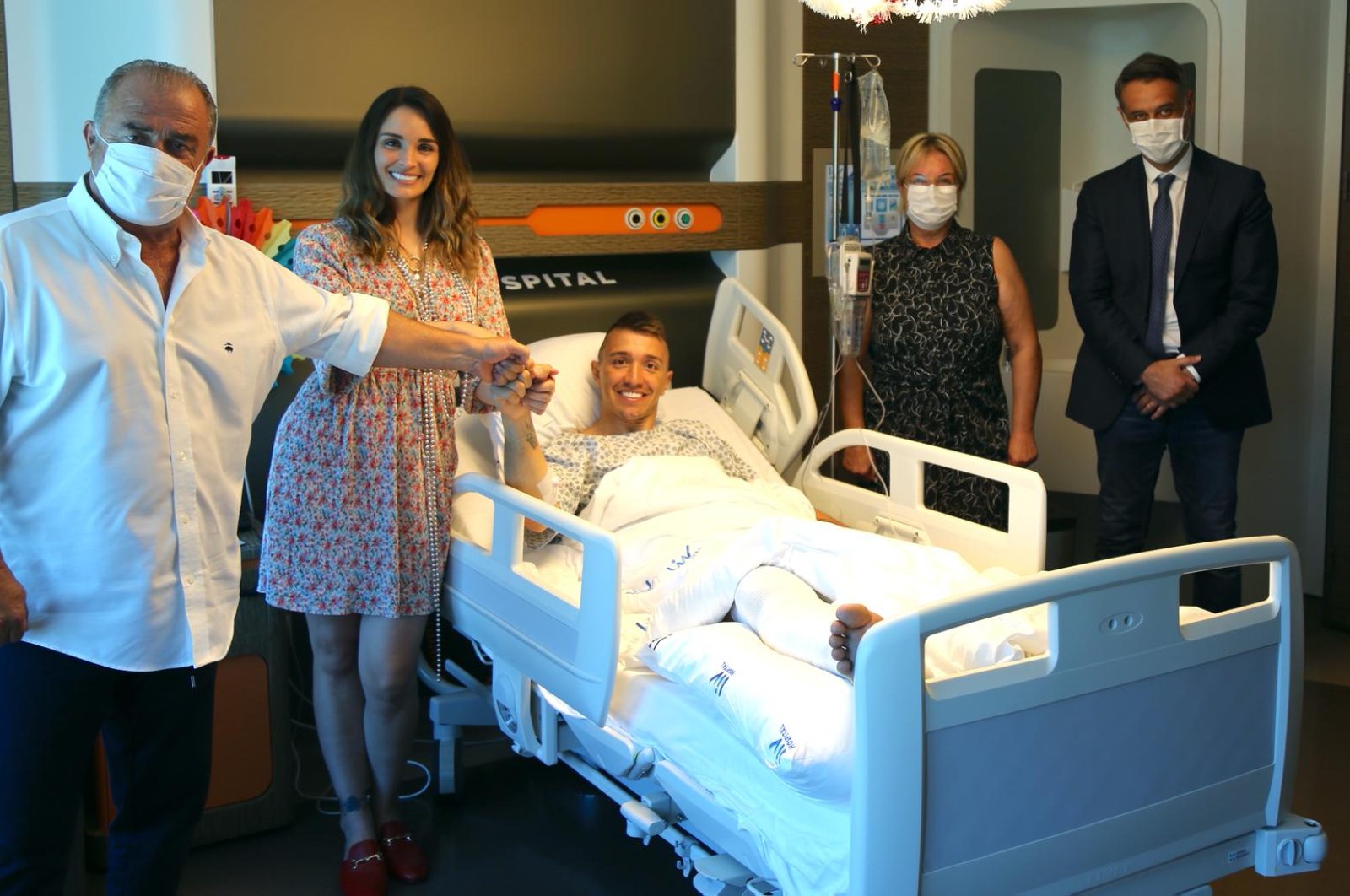 Galatasaray’s veteran goalkeeper Fernando Muslera underwent surgery on Tuesday after he suffered a double leg fracture during the weekend in the club's first game since matches resumed.

Following a 2 1/2 hour surgery, the skipper was surprised by an unexpected visit from rival Fenerbahçe president Ali Koç, who wanted to express his get well wishes.

Koç decided to pay a visit to Muslera as he checked up on Fenerbahçe forward Max Kruse who had to have an emergency appendectomy surgery at the same hospital as well.

Surgeries of both players went smoothly and both were reported to be in good condition.

His surgery coinciding with his 34th birthday, Muslera celebrated his birthday on his bed with his family, as well as chatting with his dozens of visitors, including Galatasaray coach Fatih Terim and his teammates.

Speaking to reporters after visiting his player, Terim said Muslera’s condition was good and that his injury left everyone at the club heartbroken.

“Muslera means a lot more than a goalkeeper for us. His absence will be felt. Hopefully, he will join us back soon,” Terim said.

Meanwhile, Galatasaray’s club doctor Yener Ince said it would take around six months for Muslera to return to the pitch.

Muslera, who has been with Galatasaray since 2011, was injured in a first-half collision with Rizespor's Czech striker Milan Skoda.

"I'm really sorry. I sincerely hope that you will recover as soon as possible and you will be back healthy on the pitch. Winning was important to us, but I would trade it for your health," he tweeted.

The Turkish Süper Lig resumed Friday behind closed doors after a nearly three-month suspension because of the coronavirus pandemic.