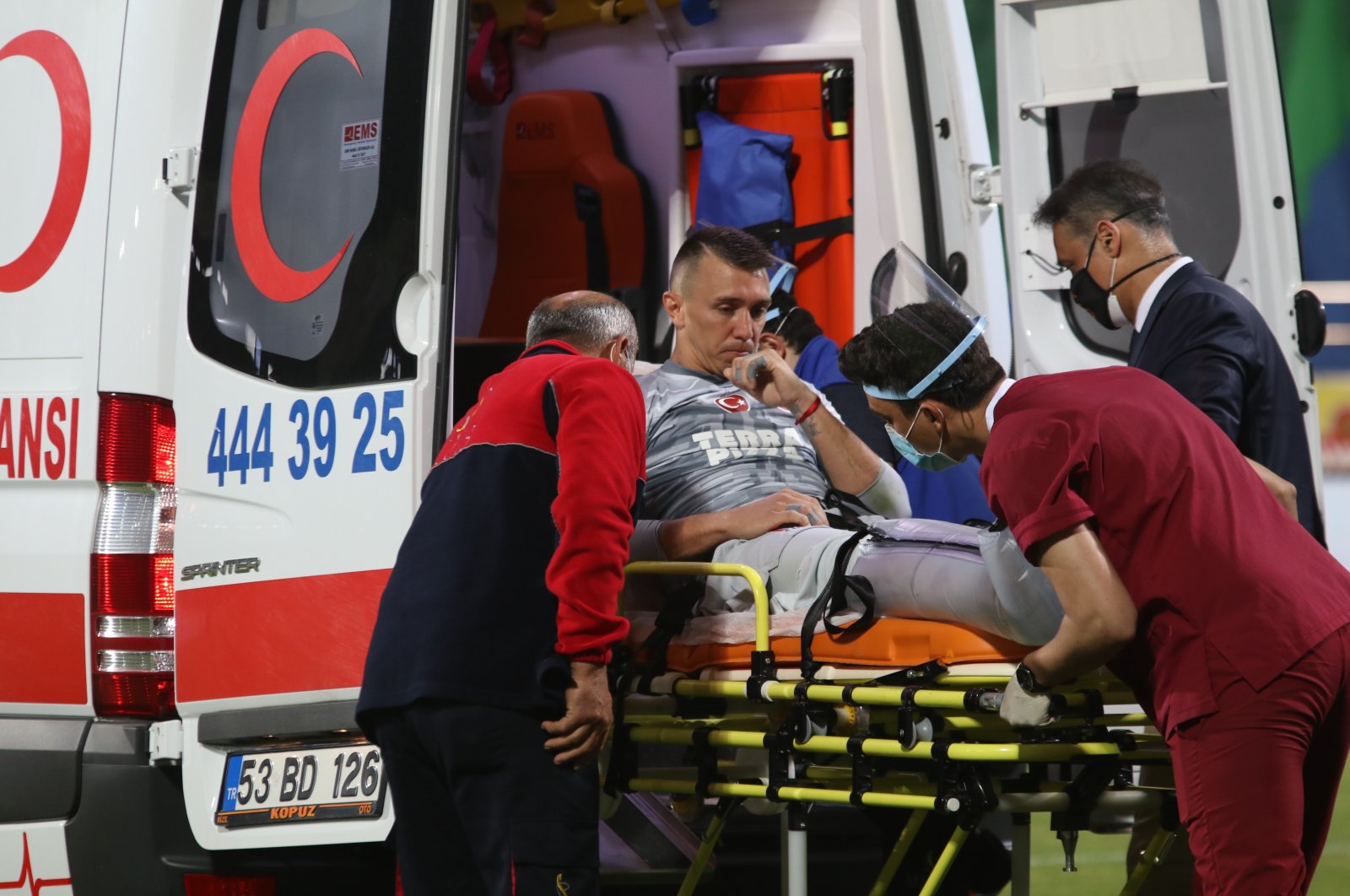 Galatasaray goalkeeper and captain Fernando Muslera will be out for the rest of the season after he fractured his right tibia and fibula during an away match against Çaykur Rizespor on Sunday.

To make matters worse, defending champion Galatasaray's nightmarish return to the Turkish Süper Lig was complete with a 2-0 defeat.

Muslera, also known as Nando, suffered the unfortunate injury in the 15th minute and was immediately hospitalized.

The goalie will undergo surgery on June 16, which coincides with his birthday.

Uruguayan media also covered the incident widely, expressing concern regarding his injury as he also plays for the Uruguayan national team. "The pain he went through was visible on his face," a newspaper said.

The footballer is one of the top goalkeepers in world football and has become an exemplary sportsman both due to his reputation and talent.

He has also become a Galatasaray legend over the years, playing more matches than any other foreign player in the Lions' history.

Having played in 362 official matches for the Lions in the last nine years, including nearly 40 Champions League and Europa Cup matches, Muslera surpassed other Galatasaray legends, namely goalkeepers Zoran Simovic and Faryd Mondragon, and midfielders Javad Prekazi and George Hagi.

On his way to becoming a club legend, Muslera has also broken many records. He surpassed legends Claudio Taffarel and Mondragon's number of clean sheets.