Galatasaray knocked out of Turkish Cup after last-second own-goal 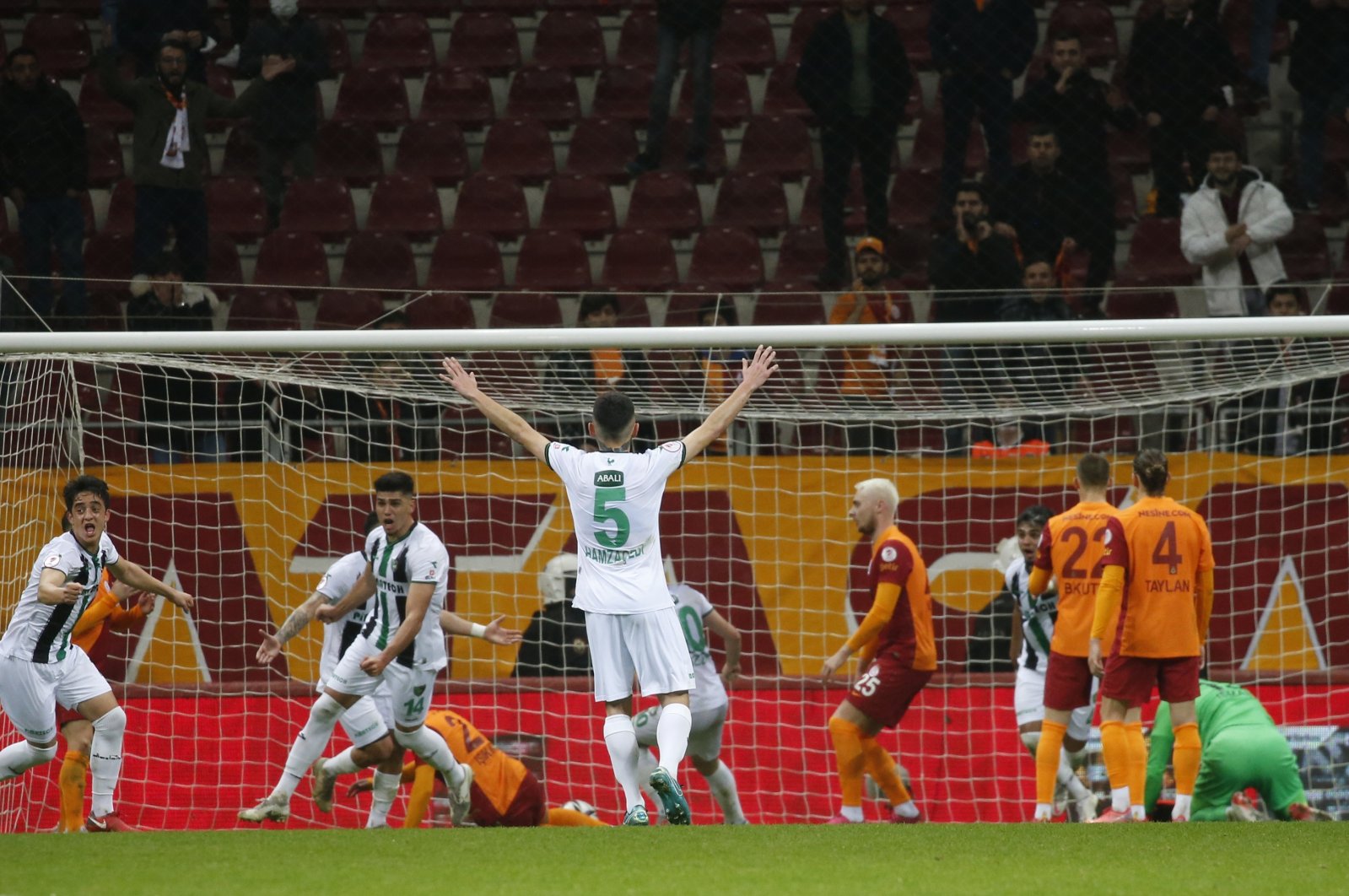 Istanbul powerhouse Galatasaray was knocked out of the Ziraat Turkish Cup in a dramatic fashion on Tuesday after losing penalty shootouts to Denizlispor.

The Lions appeared to be on the verge of moving on to the round of the last 16 as they led the game 3-2 until the final moments but a last gasp own-goal by Victor Nelsson took the match to extra time, which was followed by penalty shootouts as both sides failed to break the tie.

Denizlispor’s Ilhan Depe opened the scoring with an early goal at the 9th minute but Galatasaray was quick to respond with an equalizer by Alpaslan Öztürk at the 29th.

Denizlispor took the lead once again before halftime was over, this time with a finisher by Brahim Darri at 38th minute.

However, Fatih Terim’s men returned to the pitch at the second half with a renewed determination and two goals in two minutes made the game 3-2 for Galatasaray.

In the stoppage time, Gala’s Alpaslan Öztürk was sent off with a red card.

Terim’s men were moments away before advancing into the next round but Nelsson's own-goal at the dying moments of the match equalized the score and took the game to extra time.

With no additional goals in extra time, it was time for penalty shootouts to determine the winner. Both sides managed to score their initial five penalties but Galatasaray’s Oğulcan Taylan gave Denizlispor a chance to as he missed his shot in the sixth penalty.

Denizlispor’s Leo Schwechlen made sure his side was the winner after he converted his shot to a goal.

The player that truly shined in the match was Denizlispor goalie Abdülkadir Sünger, who showed off his skills with countless saves. Sünger saved and scored a penalty to help the lower-tier Aegean contenders send the Turkish Super Lig side out of the competition.

Galatasaray fans took to social media to express their frustration over countless goals missed against the side, which ranks close to the bottom in the lower-tier league and only had four substitute players on the bench due to several COVID-19 infections.

The other members of Istanbul’s “Big Three,” Fenerbahçe and Beşiktaş, will face their opponents on Wednesday and Thursday, respectively. Fenerbahçe will take on Afyonspor, while the Black Eagles will meet Altay.