Trabzonspor caps 1st half with record points despite Başakşehir draw 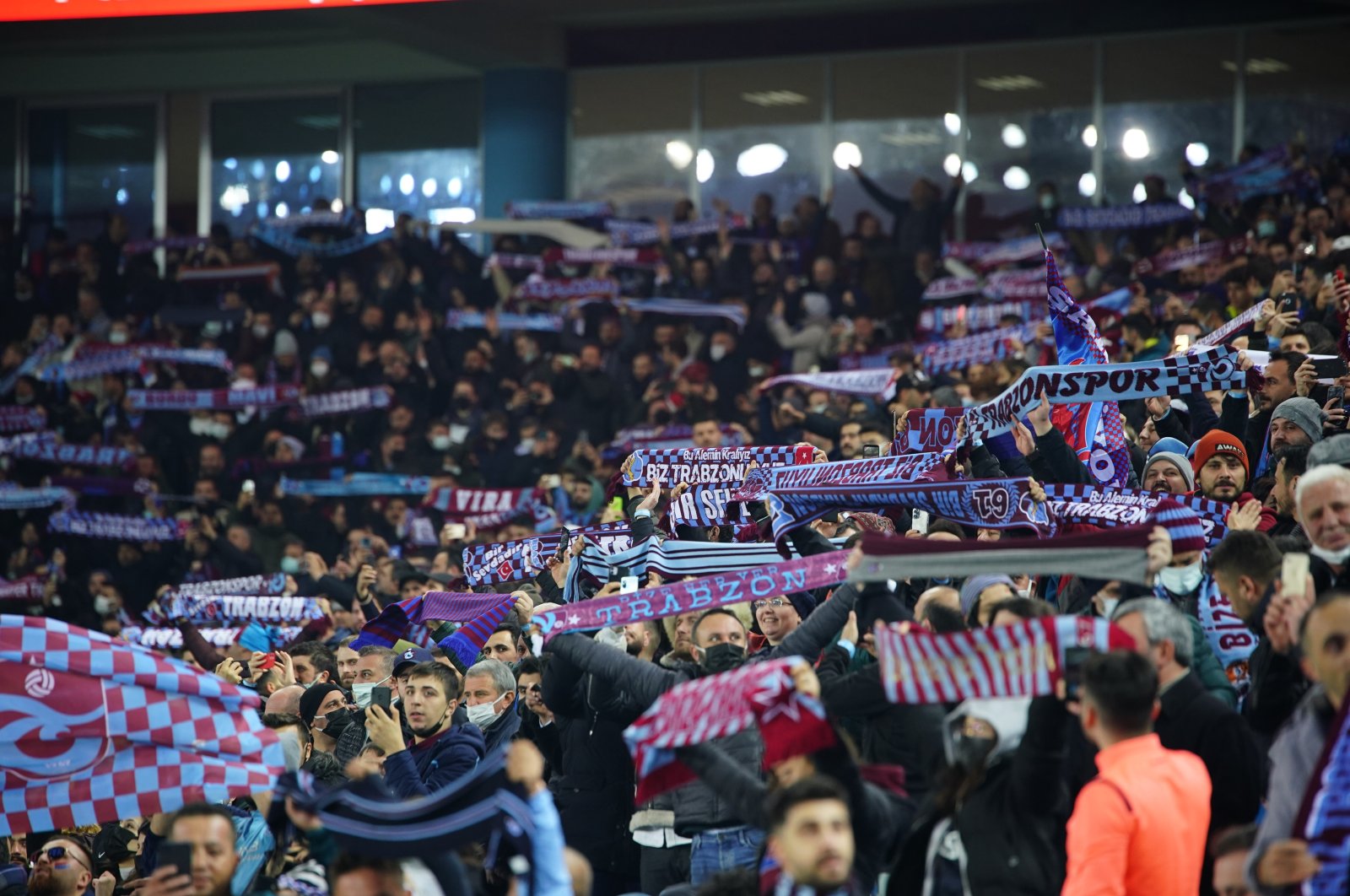 The strongest Turkish Süper Lig title contender Trabzonspor ended the first half of the season with a record of 46 points, despite getting held by in-form Medipol Başakşehir with a draw on Saturday.

Having a dream season, the Black Sea club surpassed Istanbul powerhouse Fenerbahçe's previous record of 45 points achieved in the 2005-2006 season, aided by the fact that the fixture is longer by two weeks. Second-placed Konyaspor trails Trabzonspor with 10 points behind and a match in hand.

Fans flocked to the Medical Park Stadium in Trabzon to support their team, marking the highest attendance so far in the season. The two teams competed for the title in 2019-2020 season, when Başakşehir emerged victorious, and Başakşehir coach Emre Belözoğlu remains a highly disliked figure among the fervent fan base of the Claret Blues.

Belözoğlu, on the other hand, is having an impressive stint as the coach of the Istanbul club that he captained for four years. After a nightmare start to the season with four consecutive defeats, Başakşehir clinched eight victories and three draws since Belözoğlu's signing in early October, capping the first half third with 33 points.

The goalless draw also saw Trabzonspor failing to score in a home tie for the first time this season, both teams wasting the few chances appearing throughout the match. One came from Dorukhan Toköz in the 19th minute, who fired a shot from outside Başakşehir's penalty area that hit the crossbar.

Goalkeeper Uğurcan Çakır also denied several positions to the visitors in the 34th, 66th, and finally, 88th minutes, when he managed to control a header from Stefan Okaka that hit his teammate Stefano Denswil right over the goal line.