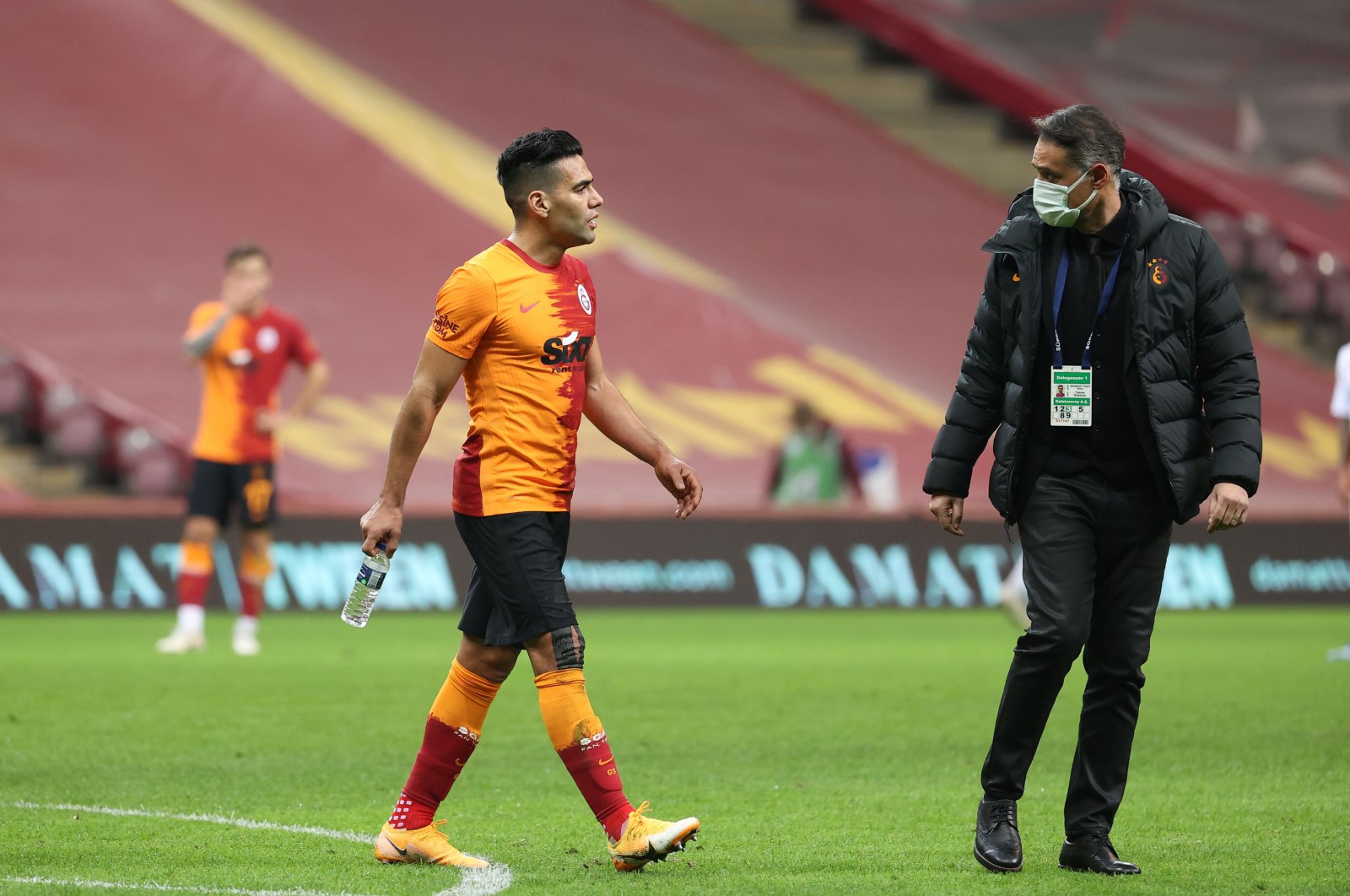 Omar Elabdellaoui’s tragic accident on New Year’s Eve saddened Galatasaray and the entire football community in Turkey. And it was no surprise to see the Galatasaray players in low spirits against Antalyaspor this weekend.

Nevertheless, losing Sofiane Feghouli to injuries, Taylan Antalyalı to suspension and Mbaye Diagne to inappropriate behavior, Terim’s team had to fight with almost half its strength against Antalyaspor. That is why, even though Antalyaspor’s previous game was a crushing 6-0 defeat, the goalless result was not surprising after 90 minutes.

The problem is that Galatasaray does not have replacements for these three players. In contrast to their rich winger and attacking midfielder options, the center of the game and the striker position are the two most vulnerable yet crucial components of the team.

Starting from the striker, I think everyone is in agreement that Radamel Falcao's transfer was a complete disaster. I mean, how hard is it to spot a chronic injury which would cause him to miss half of his career in Istanbul? The Colombian star receives 5 million euros ($6.14 million) per year without bonuses and has already missed 30 games.

On the other hand, his replacement, Diagne, is a completely different story. He is one of the prime members of the Ibiza club, physically fit but mentally at a night club rather than a football club. He was kicked out of the match-squad against Antalyaspor for failing to stay at home after being in contact with a person who tested positive for COVID-19 and going to shopping malls, despite receiving direct orders from the club. It is clear Galatasaray cannot rely on him in the long term.

The third option, Oğulcan Çağlayan, is both physically and mentally ready for the role but needs a lot of time to improve, and I am unsure whether Galatasaray has the patience. Therefore, I predict, another “Codename: Onyekuru” transfer operation may be in the works for January, as the Nigerian winger suits Terim’s game pretty well.

The second part of the transfer operation is even more crucial as the center of Galatasaray’s squad is literally the center of their strategy. Taylan Antalyalı’s energy and Feghouli’s playmaking skills make up a title-contending center. Without them, Younes Belhanda, Ryan Donk or Ömer Bayram try to fill the gaps, but they cannot really deliver all the roles Antalyalı and Feghouli play.

Terim might opt to take the risk and rely on his rich winger and attacking midfielder squad to replace this area when needed. But in case of an injury or suspension, in the best-case scenario, this could cost the team three precarious points. At least one player like Antalyalı, who can both press the opponent’s transition game fiercely and deliver good balls to the forwards, would be of great help.

Combined with the need for a high-quality striker, I expect Fatih Terim to do another “Operation January,” as has become a club tradition in recent years, supplementing the team with fresh faces during the mid-season transfer window. Onyekuru and a good replacement for Antalyalı or Feghouli could bring depth to the squad, which is already better than most of its opponents, taking it to new heights.