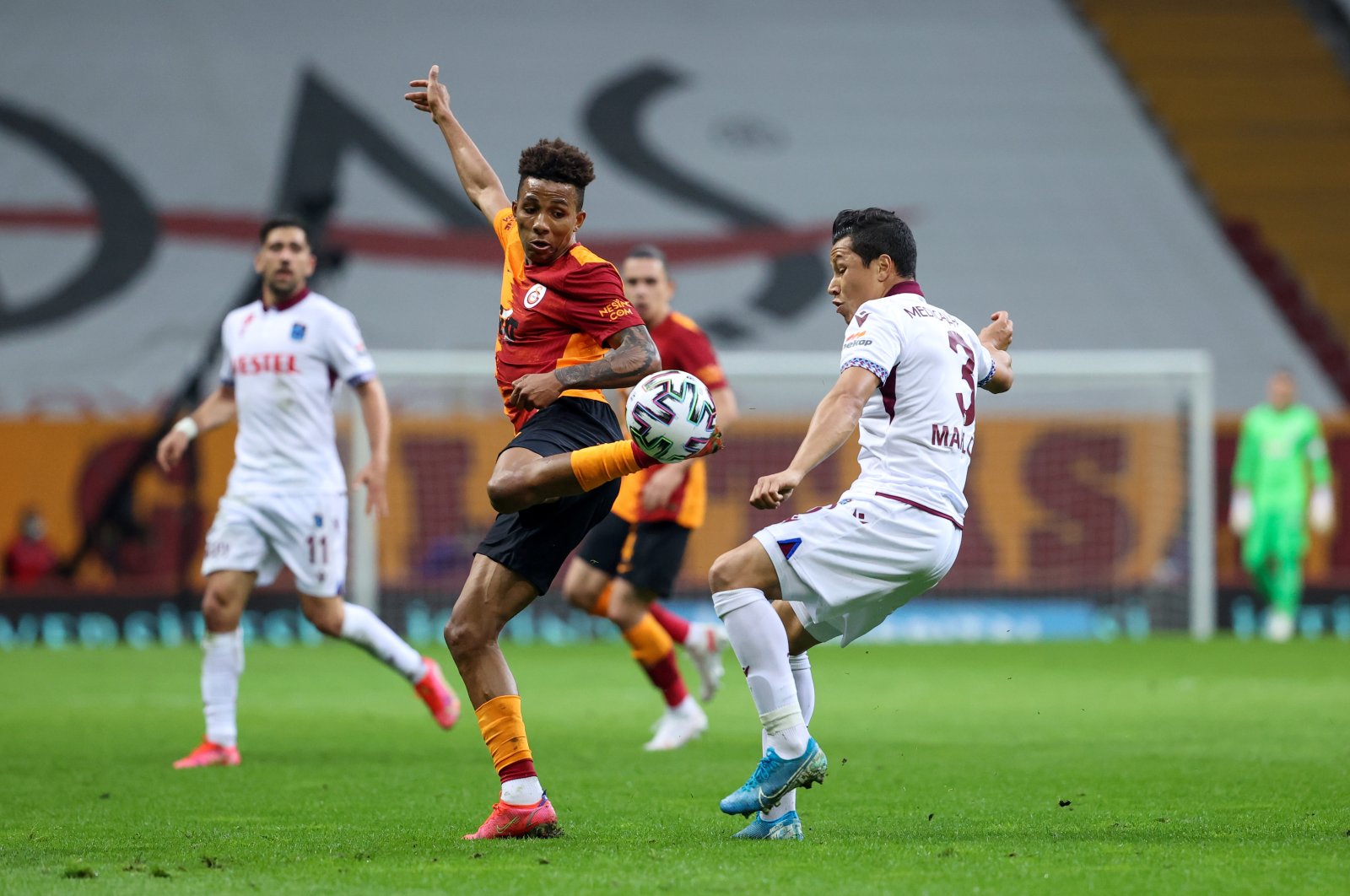 Istanbul powerhouse Galatasaray managed to salvage a point after drawing 1-1 with Trabzonspor in a high-stakes Turkish Süper Lig matchup with a last-gasp goal.

The match at Istanbul’s Türk Telekom Arena was rather stagnant for the first half, with both teams failing to score against each other. The only noteworthy moment for the first half was when Trabzonspor’s Anastasios Bakasetas' powerful shot was deflected at the last moment by Galatasaray goalie Fernando Muslera.

It was Trabzonspor’s Portuguese midfielder, Edgar Ie, who opened the scoring with a precise shot after connecting with Bakasetas’ cross in the 76th minute.

The Lions tried to equalize to score before the final whistle and came close to doing so in the 80th when Emre Kılınç took a chance with a volley, but the ball was graciously saved by Trabzonspor’s goalkeeper Uğurcan Çakır.

With no other notable action happening until the final moments of injury time, Galatasaray looked certain to drop three points at home, but midfielder Emre Akbaba managed to find the net after finishing a deflected ball by Çakır.

With six matches left until the conclusion of the Süper Lig, Wednesday’s draw might prove to be a costly mistake coach Fatih Terim and his players at Galatasaray fell six points behind the leader Beşiktaş.

Galatasaray will visit Antalyaspor next, on Saturday, while Trabzonspor will host Karagümrük on the same day.