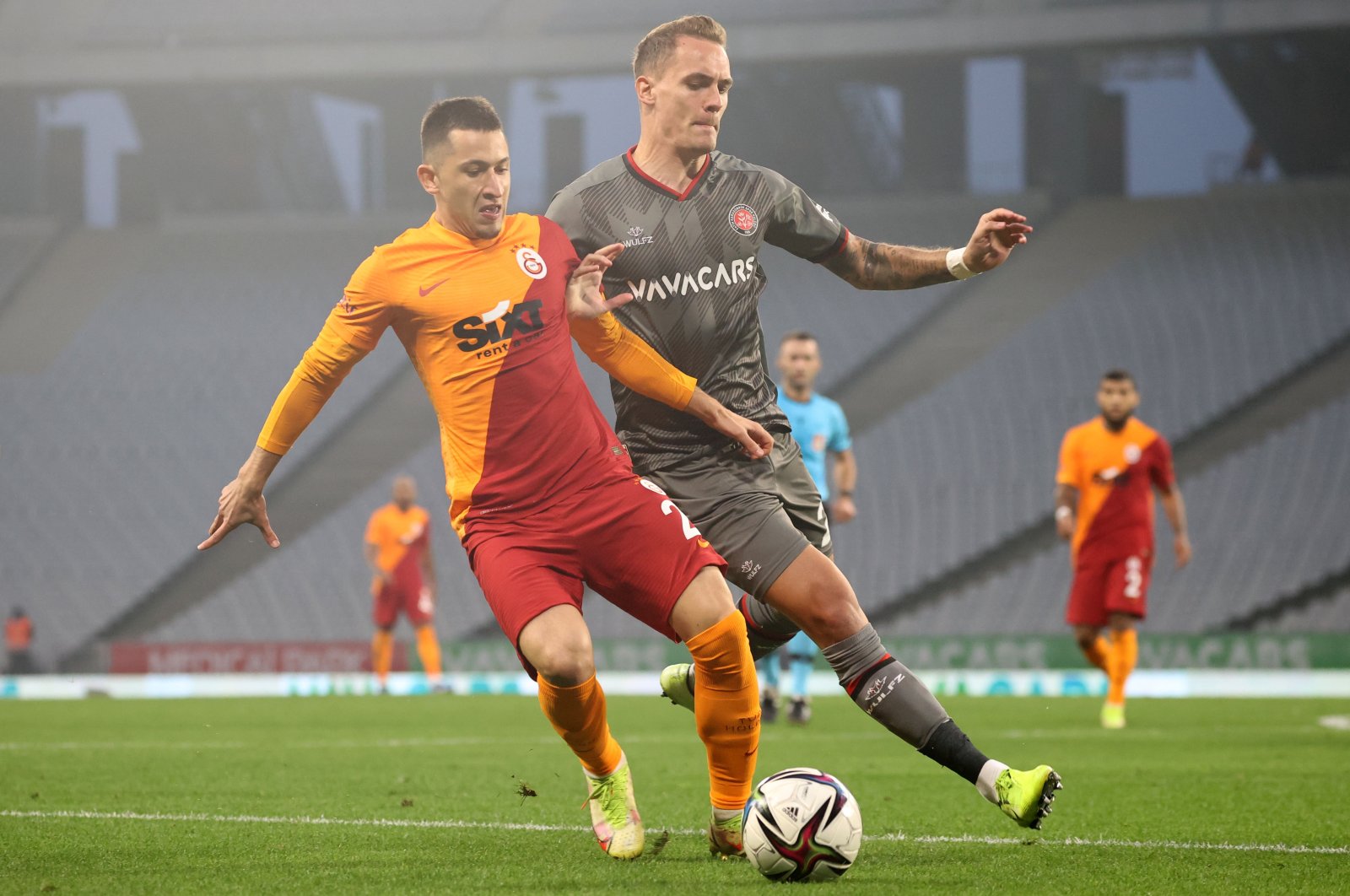 Istanbul giant Galatasaray settled for a 1-1 away draw against Fatih Karagümrük late Sunday.

After a goalless first half, Fatih Karagümrük took the lead with Andrea Bertolacci's goal in the 69th minute at the Atatürk Olympic Stadium.

The Yellow Reds equalized the score with Mostafa Mohamed's goal in the 88th minute, and the game ended in a draw.

Karagümrük is the only team Galatasaray has not been able to defeat in the league so far, under the management of Fatih Terim.

Meanwhile, Lions' archrival Fenerbahçe also got a draw, against Kayserispor.