Galatasaray takes on Fenerbahçe in clash of titans 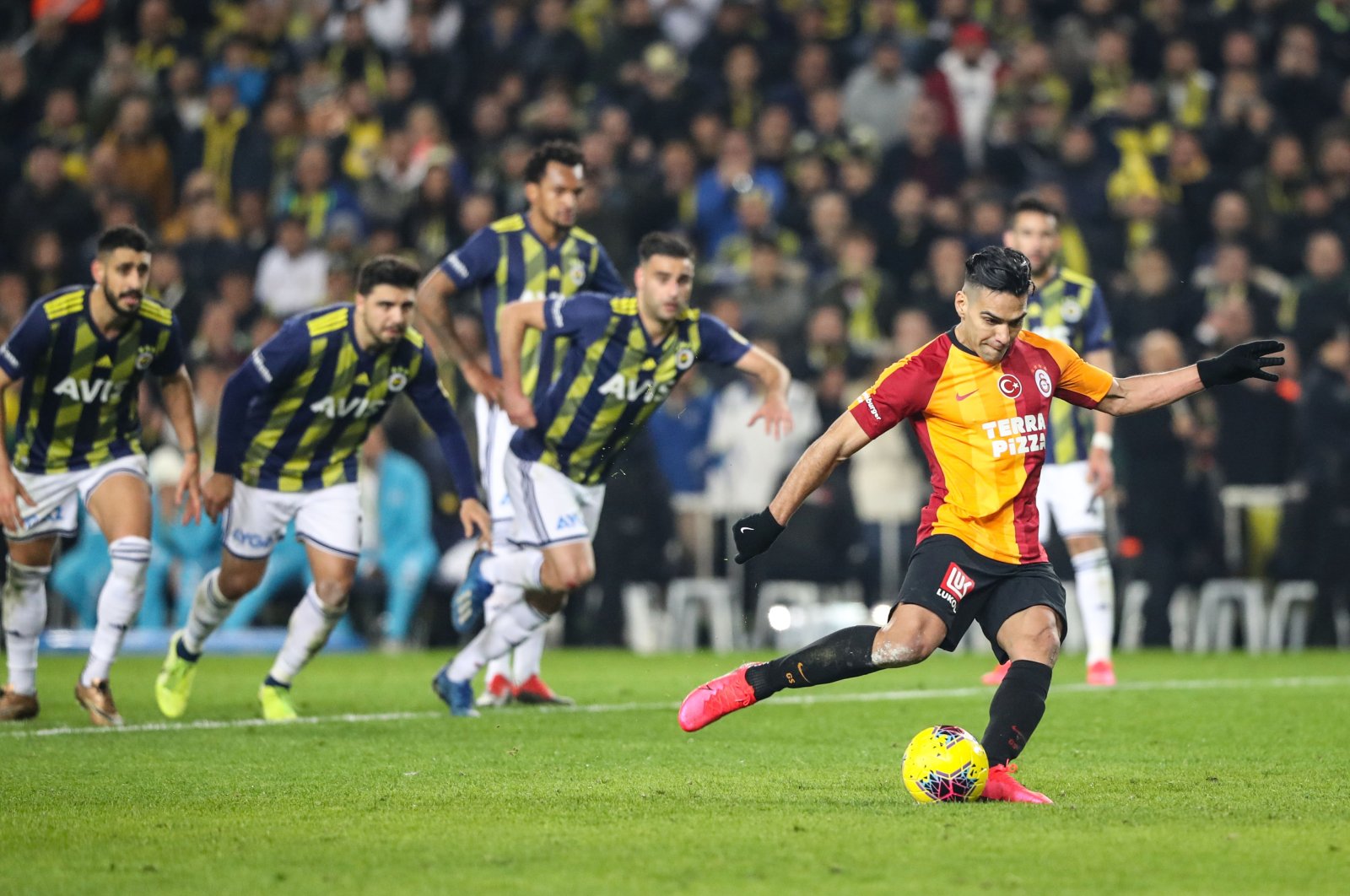 Süper Lig returns for Week 3 with a much-anticipated clash between Galatasaray and Fenerbahçe, and Medipol Başakşehir seeking a return to form after consecutive losses

A week after witnessing powerhouse Galatasaray defeat defending champion Başakşehir 2-0 in an Istanbul derby, Süper Lig raises the ante in the third week with the most important derby of Turkish football: Galatasaray vs. Fenerbahçe.

Before Sunday’s marquee matchup, current champion Başakşehir will kick off the game week Friday with a short trip to Süper Lig newcomer, Istanbul side Fatih Karagümrük.

Okan Buruk's players are no doubt exhausted from an intense campaign last season that saw them crowned as the only sixth-ever Süper Lig champions. The shortened summer break due to COVID-19 interruptions and a cramped fixture will make it even more difficult for Başakşehir. However, there will be little room for error Friday, especially after losing the season opener to another newcomer Hatayspor, followed by another blow by Galatasaray. Başakşehir enters game week 3 without a single point to its tally. And if Okan Buruk is to prove his success was not a one-hit-wonder, he will have to shake things up before Friday’s match.

For Karagümrük, it will be the first time it faces a major Süper Lig club since the promotion to the top flight.

Saturday will see last season’s runner up Trabzonspor take on Malatyaspor at home, where the Black Sea club’s new manager Eddie Newton will also be looking for his first win.

Starting the season with a defeat against Beşiktaş, Newton is yet to register his first win – a dangerous position to be in in Trabzon, where fans are notoriously short-tempered and famous for demanding quick results.

The matchday will continue Sunday with the Konyaspor-Beşiktaş match, setting the stage before the all-important derby.

Drawing 1-1 with Antalyaspor last week, Beşiktaş will visit Konyaspor for a chance to secure three points and sneak up the ranks amid the chaos of the derby.

Having spent the last match away from his team after testing positive for COVID-19, coach Sergen Yalçın will be back at Beşiktaş's helm Sunday after he was confirmed to have recovered.

Yalçın can grab the top spot if his players can defeat Konyaspor and Galatasaray loses points in the Istanbul derby – a high probability.

An hour after the final whistle blows at the Beşiktaş game, one of the most highly anticipated matches of the season will start at 7 p.m. local time (4 p.m. GMT) at Türk Telekom Arena, where Galatasaray will welcome Fenerbahçe for the "intercontinental derby."

Starting the season with back-to-back wins, Galatasaray coach Fatih Terim and his players will hope to extend their winning run and solidify their spot at the top.

In a regular year, Galatasaray might have been considered the favorite due to the home advantage, but this has been mostly nullified due to the coronavirus outbreak, as the match will be held behind closed doors – the first time the derby will be played without any fans.

While the derby is held in high regard due to not only its importance in deciding the season's title contenders but also the bragging rights it entails for the largest two fanbases of Turkish football, the biggest draw is the uncertain nature of it.

Regardless of both sides' forms, the match has and can again, go either way. And last season’s derby is a prime example of that.

After failing to win for 20 straight years at Fenerbahçe’s Şükrü Saraçoğlu Stadium, Galatasaray managed to finally break the curse and snatch its first win since 1999. The ensuing psychological damage for Fenerbahçe fans was staggering.

So, for Fenerbahçe, Sunday’s clash will have twofold importance compared to its archrival.

First, winning against Galatasaray at its home will be the best way for Fenerbahçe’s new coach Erol Bulut to prove his mettle. It will also help Ali Koç, the club’s troubled president, who was hailed as a savior when he was first elected two years ago, but quickly found himself in hot water after he failed to deliver on his promises and the club ended past two seasons away from the top.

The second is to get back at Galatasaray, for ending its 20-year-long run.

While the match will be intense without a doubt, it could also end in a draw, as both sides will prefer a stalemate to a humiliation.

After all, Fenerbahçe fans have proved how important a victory with a huge goal difference is, having spent almost two decades trumpeting the club's famous 6-0 win that occurred in 2002 – all while their club crumbled under poor mismanagement and financial difficulties.