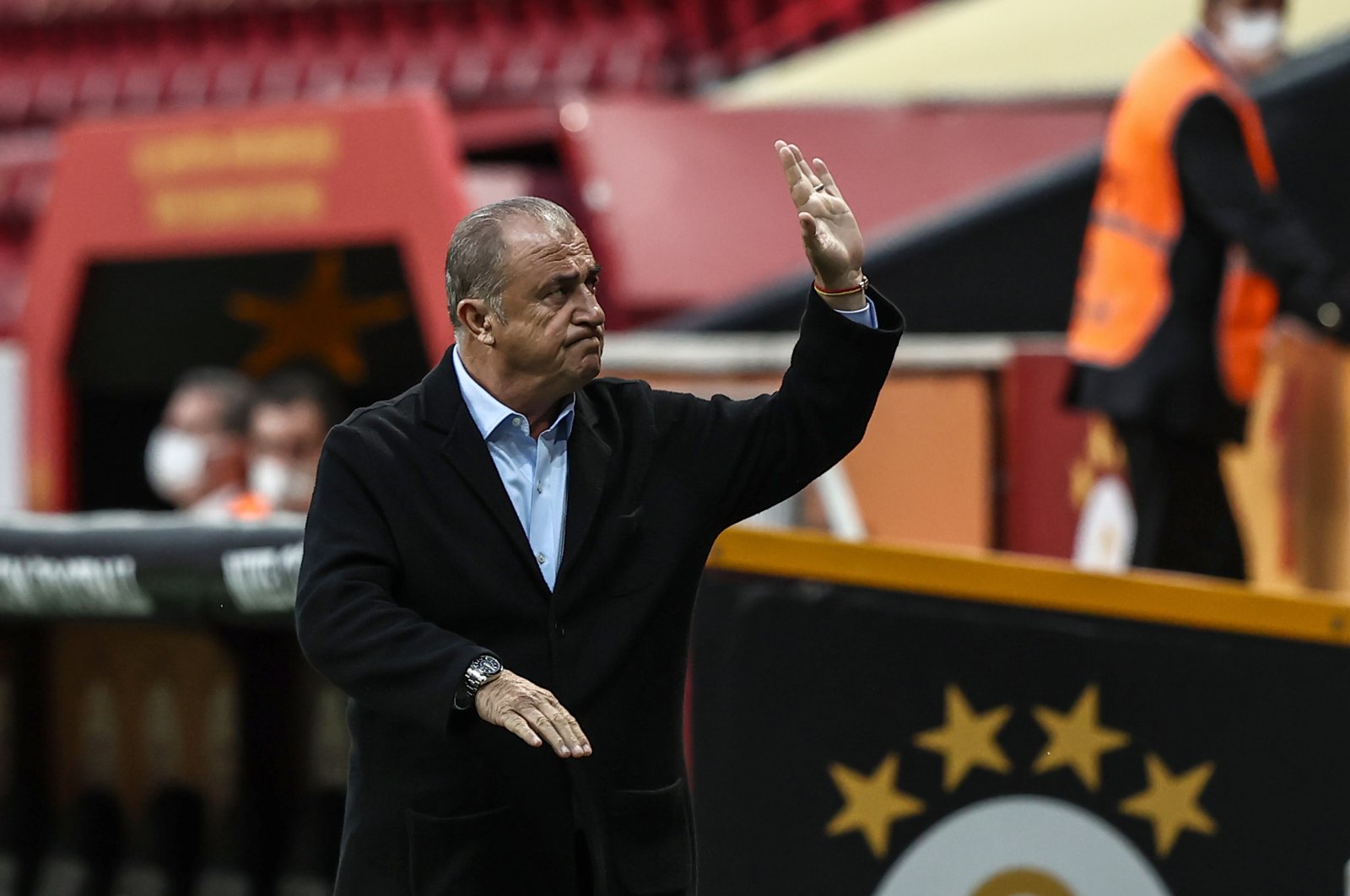 Galatasaray coach Fatih Terim reacts during a Süper Lig match against Yeni Malatayaspor at the Türk Telekom Stadium in Istanbul, Turkey, May 15, 2021. (AA Photo)
by Daily Sabah May 21, 2021 4:45 pm
RECOMMENDED

Istanbul powerhouse Galatasaray will not continue working with coach Fatih Terim in the next Süper Lig season, the club's president said Friday.

Terim's contract with Galatasaray is set to expire at the end of this month and the club's president, Mustafa Cengiz, said he "was not thinking of continuing with Terim."

But Terim's departure from the club is likely to remain uncertain in the coming weeks as Cengiz's term will expire before Terim's contract.

"Fatih Terim has serious charisma. He has done great service to this club and was one of the factors behind the cups, but not alone," Cengiz said, adding that he would only sit down and discuss the renewal of Terim's contract if the coach openly apologizes for calling him an "enemy."
Galatasaray is heading to an election due to be held May 29 and Cengiz announced he would not be running for reelection. It became official when the four-men presidential candidate list submitted to the club board did not include his name. It remains unclear whether Cengiz could change his mind at the last minute and decide to run as the fifth candidate.

Galatasaray's next president could have a differing opinion than Cengiz's.

Cengiz's comments came a week after Galatasaray narrowly lost the Süper Lig title to city rival Beşiktaş. While the Black Eagles were the leaders for much of the latter part of the season, a series of critical errors in the final matches gave hope for Galatasaray, which closed the gap down to two points. But after Beşiktaş proceeded to defeat Aegean side Göztepe in the final match of the season, the Black Eagles were crowned the champions, with Galatasaray finishing runner-up.

Currently standing as the coach with the most cups, most championships, most consecutive championships (four) most Turkish Cups and most Turkish Süper Cups, he managed to lead Galatasaray to 239 victories in 399 matches while seeing 64 defeats, allowing him to achieve 2.03 points per match.

Like most coaches, Terim was also a footballer before he became a coach. Starting off his footballing career in southern contender Adana Demirspor, which has recently become champion of the Turkish 1st Lig – the Turkish second division league – and will advance to the Turkish Süper Lig in the upcoming season, Terim later transferred to Galatasaray, where he would later become one of the legendary figures in the club’s history.