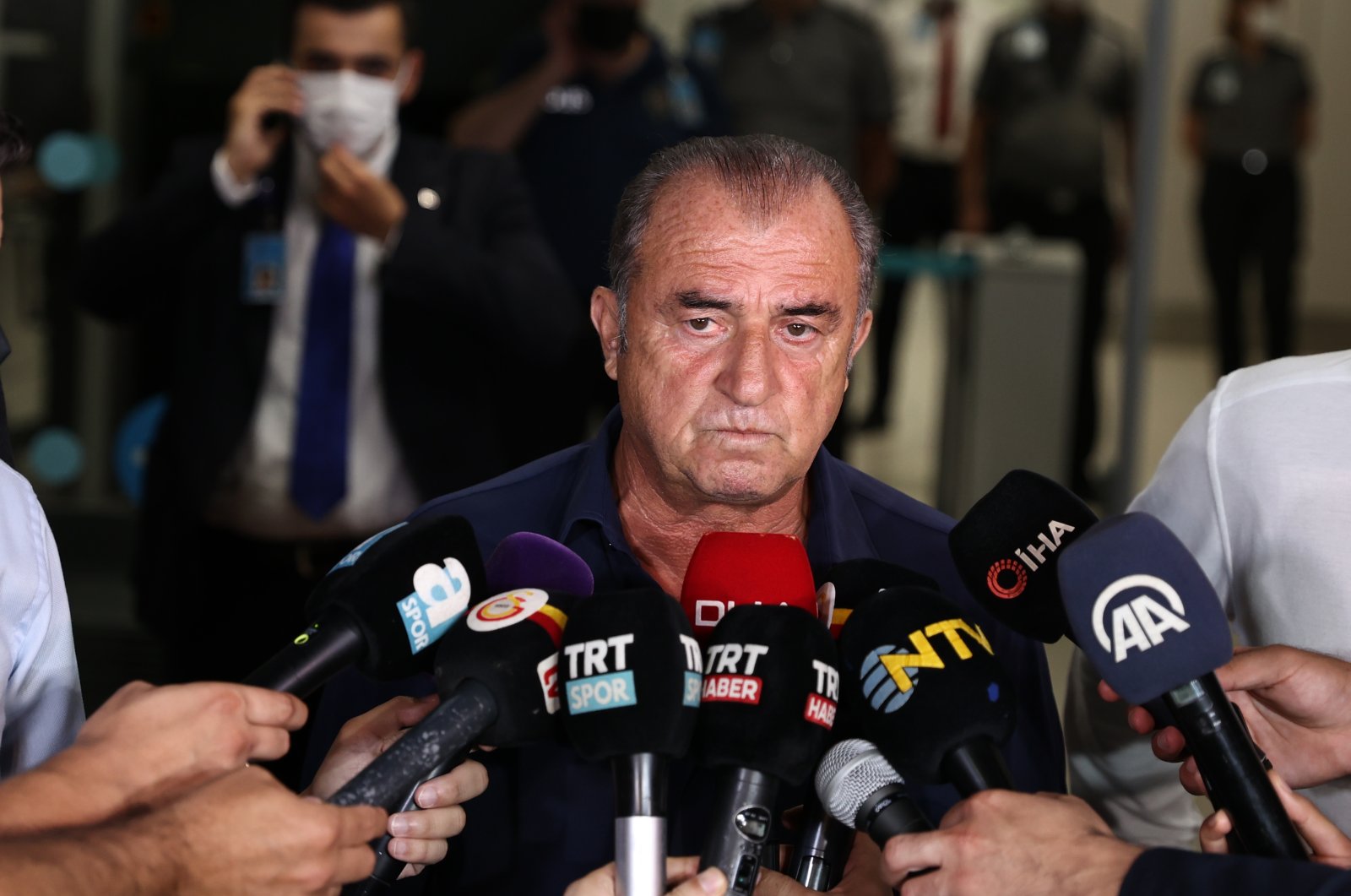 Galatasaray manager Fatih Terim and midfielder Arda Turan on Tuesday spoke up on the discrimination they faced from Greek officials over coronavirus-related regulations on arrival at Athens International Airport.

The dispute led to the cancelation of a friendly football match between Galatasaray and the Greek club Olympiacos.

"We were all tested 24 hours ago and we went there with all the documentation," Terim said, adding that according to a bilateral agreement, both countries recognize each other's vaccination certificates and PCR (Polymerase chain reaction) test results, but the immigration authorities asked for a quick random test.

“The random tests were done. I was tested too,” Terim said. However, the officers then called them back, saying everyone will be tested.

They also called back those who had already passed the test checkpoint and got on the bus.

“After that, there was only one thing for us to do: go back,” he said.

"You are calling back people you have already stamped and allowed through passport control," he added, labeling it a "real comedy.”

​​​​​​​“Despite taking all measures, we faced behavior that violates human rights. Their manner was very forceful and disrespectful,” said Turan.

"Our tests were done up to 48 hours ago. It wasn't nice to be called back after we got on the bus," he added.

In a written statement, Turkish Foreign Ministry spokesman Tanju Bilgiç said: "The fact that Greece welcomes one of our country's leading teams with such an attitude shows its intolerance towards our country, even in the field of sports."

"It is sad to encounter such an environment while expecting a friendly match. This treatment benefits neither neighborly relations nor sportsmanship," Turkey's Ambassador to Greece Burak Özügergin, told Anadolu Agency (AA).

The Greek officials, who demanded new tests, rejected the PCR tests for Galatasaray players, the Istanbul-based club confirmed Monday, leading to the cancelation of the match with Olympiacos.

Greek officials also made them wait at the airport for two hours, despite completing all the procedures, said Galatasaray.