Galatasaray's historic win against Fenerbahçe in season of revolutions 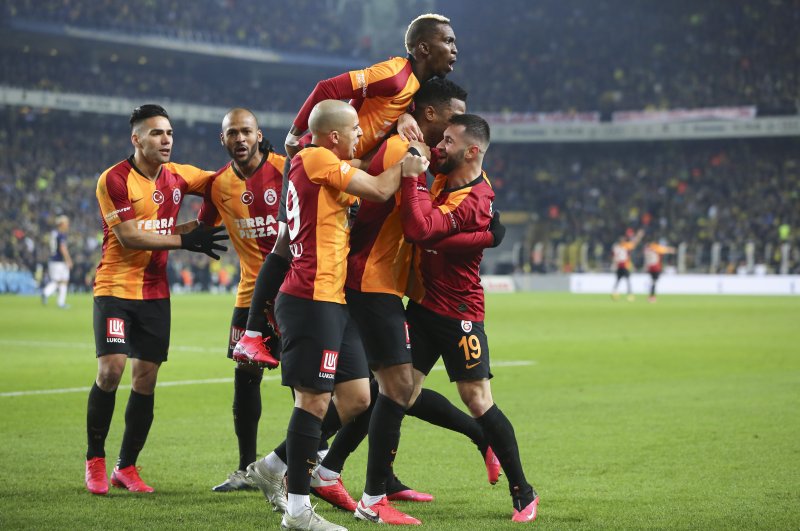 This season of Turkish Süper Lig has been extraordinary since the beginning. As teams like Sivasspor, Trabzonspor and Alanyaspor push for the top, the usual suspects Galatasaray, Fenerbahçe and Beşiktaş are struggling to keep up. The league has become more competitive and unpredictable because the weaker teams now better understand the opportunities to be had from facing talentless competitors.

The changing dynamics of the league have already reached a point where it is safe to say there is a silent revolution going on in the Turkish Süper Lig. Nevertheless, nothing was more symbolic than a Galatasaray victory in Fenerbahçe’s Şükrü Saraçoğlu stadium after 21 years, to officially declare this season as the season of revolutions.

The game itself was an ugly, boring brawl, something we are already used to seeing in Fenerbahçe-Galatasaray derbies, and football was rarely the focus among occasional skirmishes between both teams. There were two red cards and 12 yellow cards, with Fenerbahçe manager Ersun Yanal also getting sent off.

Referee Halil Umut Meler was under huge pressure from both sides and each of his decisions was met with exaggerated responses. Still, he performed well and did not allow the players or the managers to use “the bad referee card” at the end of the game. It was a completely fair game for both sides, and Galatasaray earned its victory by simply playing better than Fenerbahçe.

First off, unlike Ersun Yanal, Galatasaray manager Fatih Terim had a clear plan on how to come up with a goal. He used the primary threat for Fenerbahçe defense, Radamel Falcao, as bait to distract his opponent and create time and space for sprinter Henry Onyekuru. Terim’s plan worked really well as Onyekuru found numerous opportunities – getting one penalty for his team and scoring the third goal in the team's 1-3 victory.

Fenerbahçe right-back Nabil Dirar lost his situational awareness multiple times which allowed Onyekuru to get one-on-ones against slower and originally midfielder Jailson. Thus, it was easy for Galatasaray to penetrate Fenerbahçe’s penalty box and create opportunities.

On the other hand, Fenerbahçe manager Ersun Yanal in an odd choice used only Tolgay Arslan to switch the game from defense to offense. As the other midfielder, Ozan Tufan did not organize the game, Galatasaray was able to press with three players in the midfield, where Fenerbahçe only had Arslan. This led to many mistakes in the transition process and allowed Galatasaray to intercept the ball in the midfield when Fenerbahçe was positioning to attack. With the other center back Serdar Aziz strictly marking Galatasaray’s bait-striker Radamel Falcao, the situation could not be more perfect for Henry Onyekuru.

Even though Fenerbahçe got the lead and had the advantage of playing counterattack, Galatasaray’s organizational stability was much higher than its opponent. Terim’s team did not have any trouble bringing the ball to the forwards and eventually scored three goals against a leading Fenerbahçe in Şükrü Saraçoğlu stadium.

With this victory, another taken-for-granted notion in the Turkish football history flipped on its head: that the home team always has the advantage. Motivational factors aside, the organizational structure of a team is the deciding factor in a victory or loss. The fans cannot bring the ball from point A to point B, individual talent may sometimes do it, but a well-organized team will be able to do it most of the time. That is why the future of football is about collective action and the management of it, and Turkish football has already started to transform itself to adopt this principle.