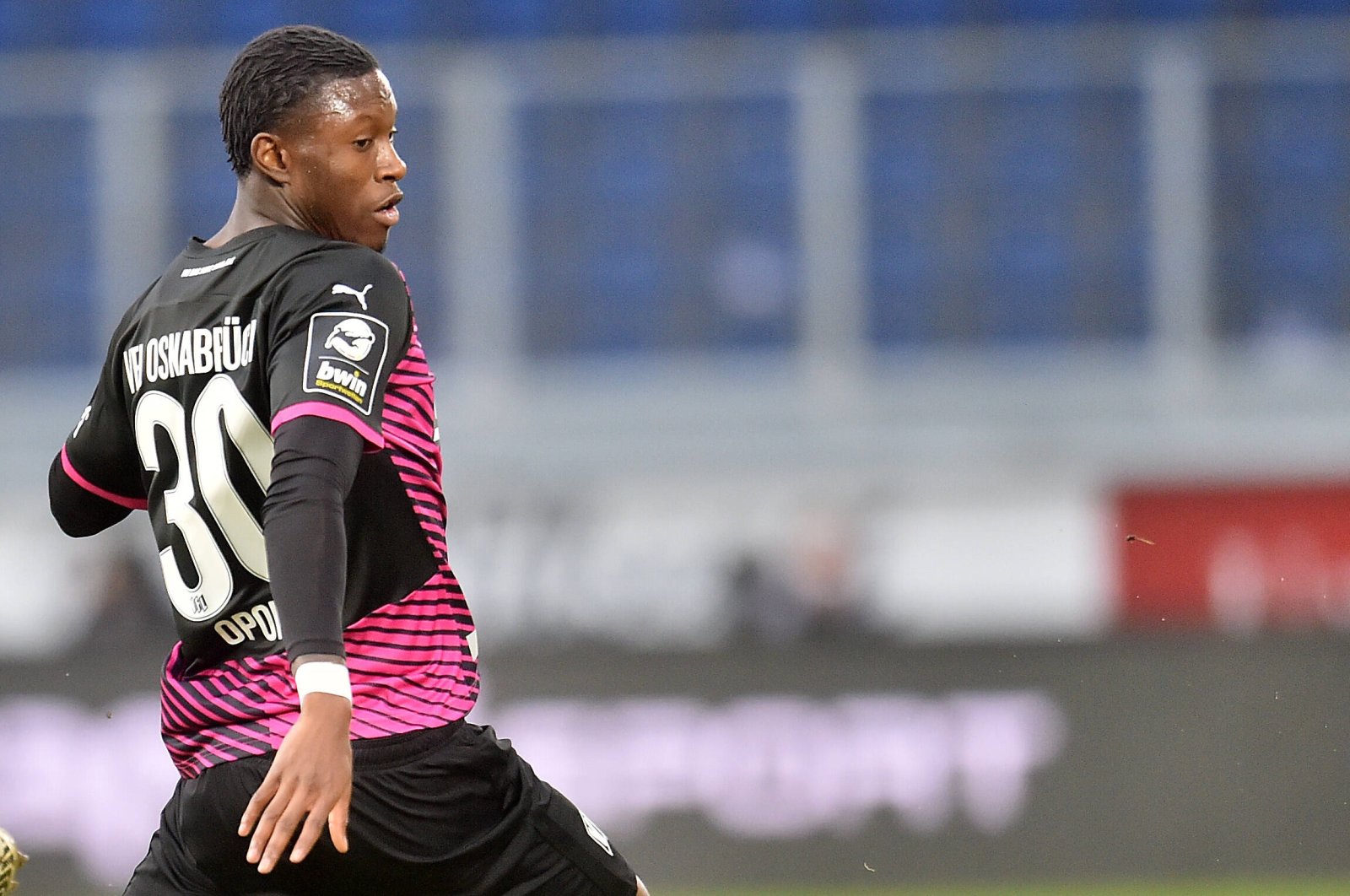 Footballer Aaron Opoku is seen during the match between MSV Duisburg and VfL Osnabrück at the Schauinsland-Reisen-Arena in Duisburg, Germany, Dec. 19, 2021 (Reuters Photo)
by Associated Press Dec 20, 2021 10:15 pm

Two German football clubs asked Monday for their game to be replayed after it was abandoned following racist abuse.

The third-division game between Duisburg and Osnabrück was halted Sunday after monkey chants were aimed at Osnabrück forward Aaron Opoku, the referee said. Osnabrück did not want to resume the game, which was called off.

It was the first time a game was abandoned because of racism in Germany's national professional men's football leagues, so there is uncertainty over how to record the result. Both clubs said Monday the game should be replayed, rather than awarded as a forfeit to either club. A final decision rests with the German Football Federation as the sport's governing body.

In a joint statement, Duisburg President Ingo Wald said both clubs wanted “football to leave the field in this situation as the winner and not the loser" and so a replay is “the only right decision.” The clubs have pledged to support an investigation.

Police in Duisburg said Sunday that a 55-year-old man was suspected of shouting an insult and that investigations were continuing. The German Football Federation announced a new anti-racism initiative Monday with financial support from the government and a focus on working with third-division clubs.