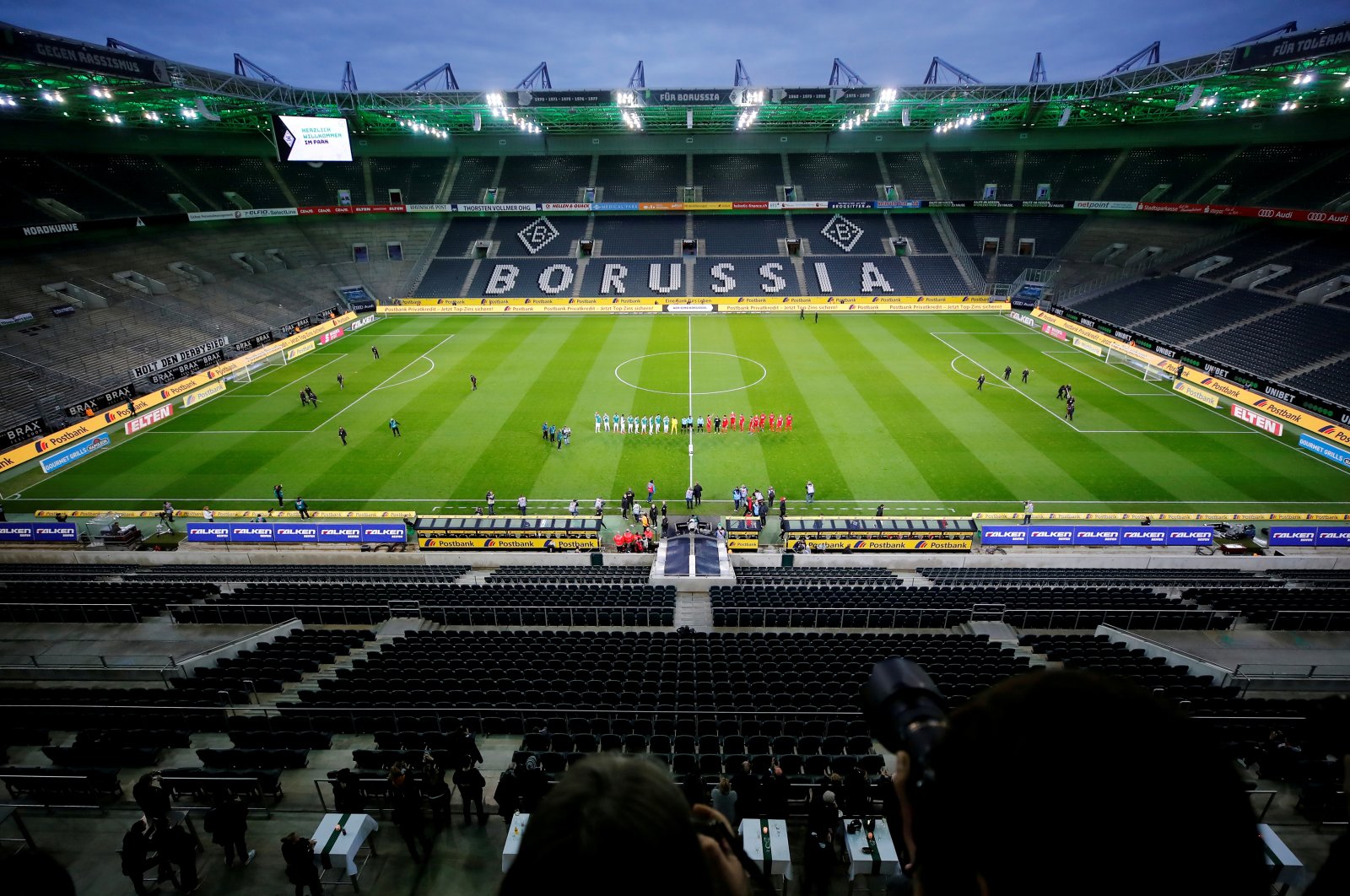 A general view of the stadium ahead of a Bundesliga football match between Borussia Monchengladbach and FC Cologne at the Borussia-Park in Monchengladbach, Germany, March 11, 2020. (Reuters Photo)
by Agencies Aug 04, 2020 4:42 pm
RECOMMENDED

Football clubs in Germany's top two divisions Tuesday agreed to a plan drawn up by the league that could allow the partial return of fans to stadiums from mid-September, despite the coronavirus pandemic.

Under the agreement, created by the German Football League (DFL) for the new season that starts on Sept. 18, fans will only be able to sit, alcohol at matches will be banned until October and away fans will not be allowed until the end of the year.

DFL CEO Christian Seifert said the possibility of fans in stadiums depends solely on political leaders giving the go ahead.

"If and when fans will return to the stadiums is not a decision for the DFL but for the political leaders," Seifert told a news conference. "The DFL does not expect or demand anything but we are preparing to take this small step (with fans in stadiums) when the time comes."

The health ministers of the individual German states are due to meet next week.

"Professional football can only come back in steps. There is no magic switch for politicians to give the green light for full stadiums. That will happen in steps," Seifert said. "We will have to reclaim normality in small steps."

He said that if fans were allowed into stadiums there would be no visiting supporters at least until the end of the year, no standing tribunes and no alcohol sold.

"No one at the DFL will demand a specific number of fans. That would be irresponsible," Seifert said.

The German government has banned all events with large crowds until Oct. 31.

Germany is fearing a second wave of infections and the number of confirmed coronavirus cases increased by 879 to 211,281, data from the Robert Koch Institute's (RKI) Department of Infectious Diseases showed Tuesday. The reported death toll rose by eight to 9,156.