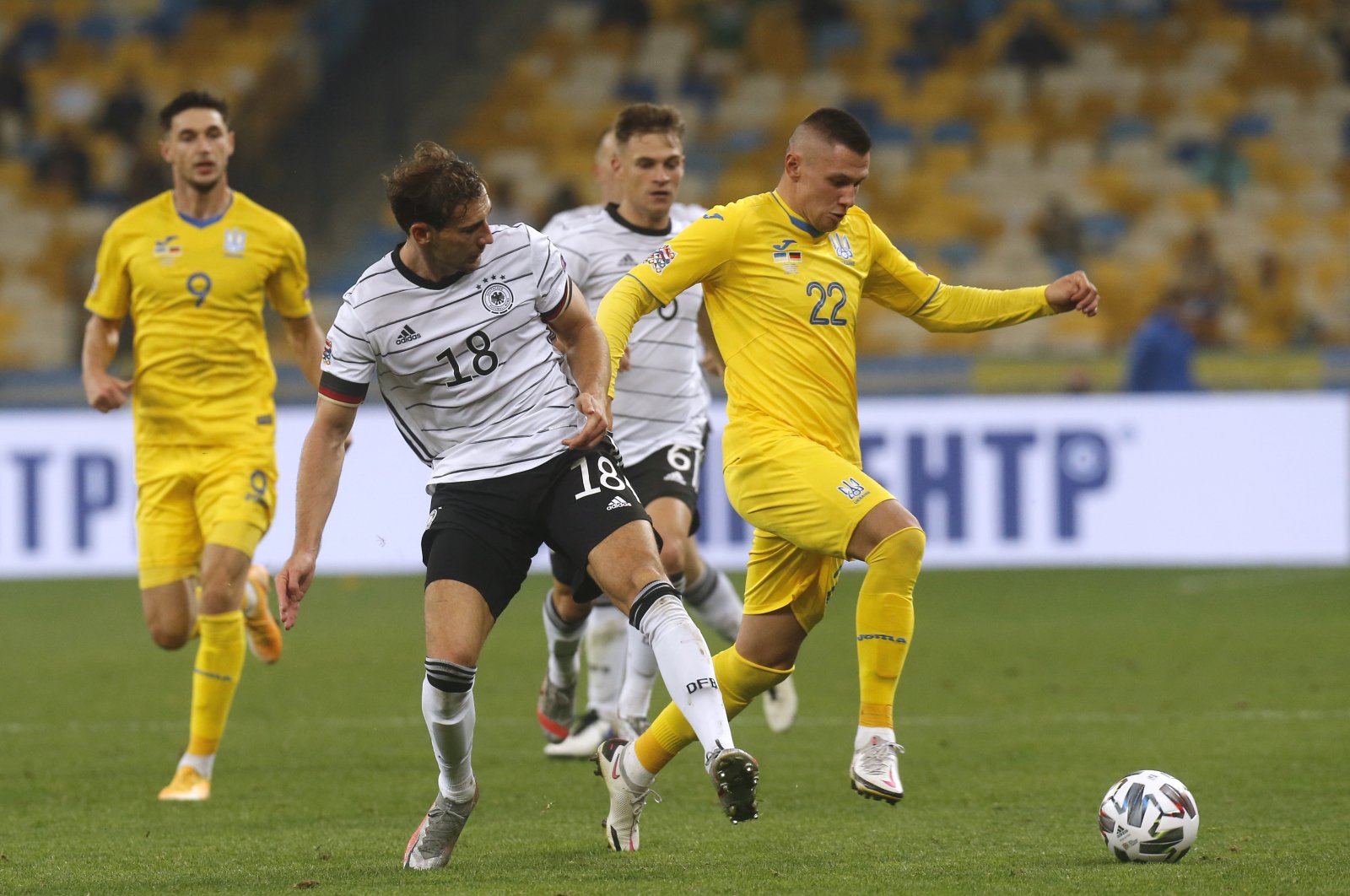 Germany's national team returned home in the early hours of Sunday from a 2-1 Nations League victory in Ukraine and will hope that their first-ever success in the event will bolster morale for Tuesday's date with Switzerland and beyond.

The 2014 world champions were far from glorious in Kyiv, but goals from Matthias Ginter and Leon Goretzka soothed everybody's nerves a little bit.

Low, 60, has come under increased criticism lately after Germany failed to preserve a lead in all three previous games of the year, drawing 1-1 with Spain and in Switzerland in the Nations League last month, and 3-3 with Turkey in a midweek friendly.

But Low said that he was "looking at the big picture" as he continues to reshape the team and has his sights on the Euro 2020 tournament, which has been moved to 2021 because of the coronavirus pandemic.

"We know what we are doing," the coach insisted.

Low made nine changes after the Turkey match with players from Champions League winners Bayern Munich returning along with key midfielder Toni Kroos.

But Germany was wasteful and also gave away too many balls in the first half, before having to sweat it out at the end after under-strength Ukraine pulled one back from Ruslan Malinovskyi's penalty after a clumsy challenge from Niklas Suele.

It also didn't go unnoticed that the opening goal came from the defense, with Antonio Ruediger setting up Ginter, and that Goretzka's second was gifted by goalkeeper Georgiy Bushchan.

"We got over the line tonight and ultimately have all three points," forward Serge Gnabry said, prompting the Sueddeutsche Zeitung paper to say Sunday: "Maybe you have to be satisfied with just this at the moment."

Ginter confirmed this by saying: "We are pleased to have won. That's important for the journey we are on. We weren't at our best tonight, and it was a bit close towards the end."

Germany now has five points in their group, two behind leaders Spain where they play in the November finale along with a home game against Ukraine – still with a chance to win the group and reach next year's Nations League finals.

The players were to recover Sunday before the only training session Monday for the game against Switzerland in Cologne where most likely only 300 fans will be allowed in, like against Turkey, owing to coronavirus restrictions.

"I won't make many changes to the starting XI against Switzerland if nothing changes," Low has already pledged.