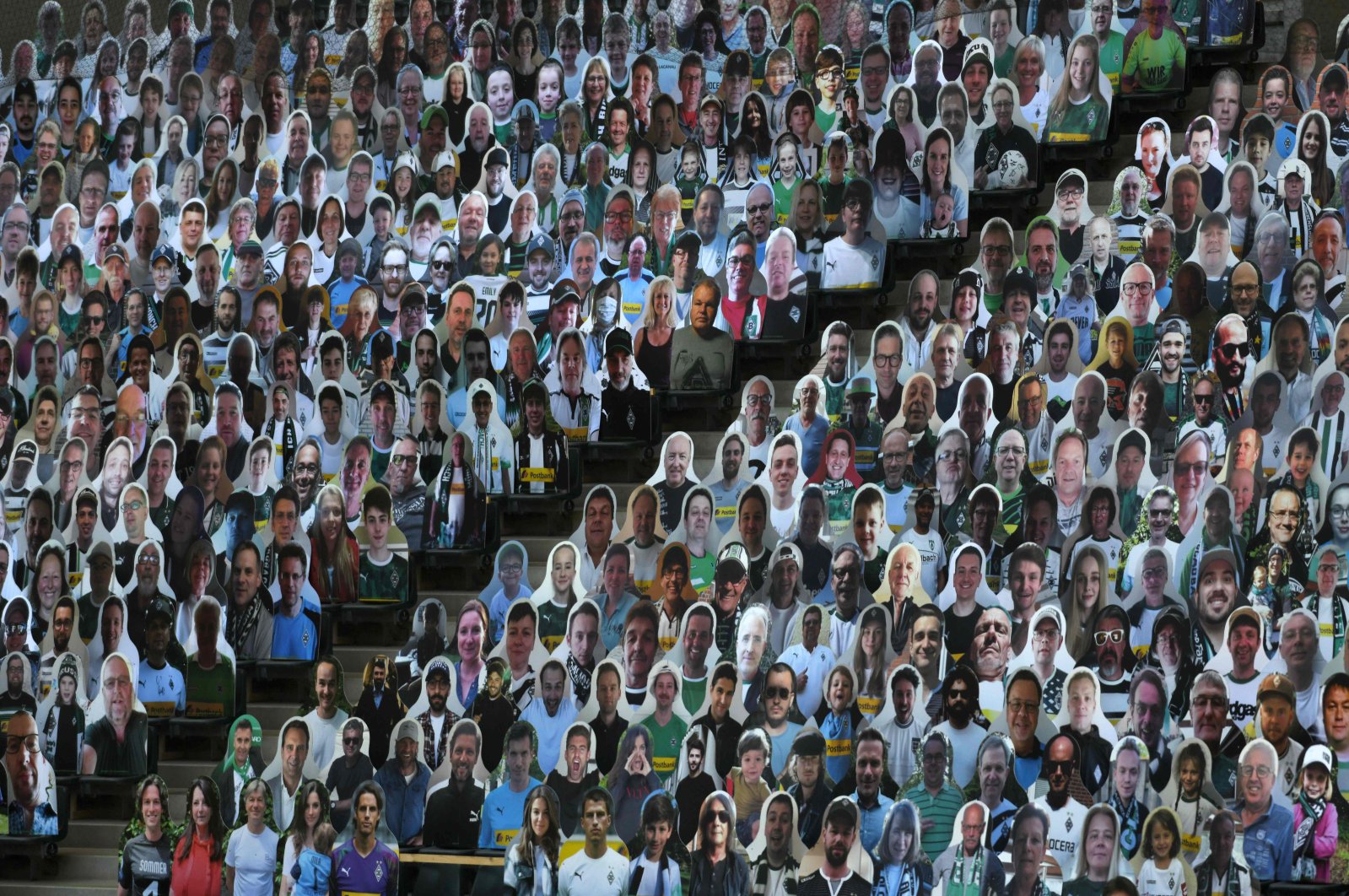 In this May 19, 2020, file photo, cardboard cut-outs with portraits of Borussia Monchegladbach's supporters are seen at the Borussia Park football stadium in Monchengladbach, western Germany. (AFP Photo)
by Agencies Aug 10, 2020 7:31 pm
RECOMMENDED

"Thousands of spectators in the stadiums – that is not compatible with the current infection rate," Spahn said on Twitter after talks with the health ministers of Germany's 16 federal states.

"We feel that we have to remain vigilant. In the current situation, spectators in the stands would be the wrong signal," he added.

The health ministers of Germany's federal and state governments held a conference call on the matter Monday, and sources close to the talks said they agreed to extend the ban for spectators in stadiums at football matches until at least the end of October

Last week, the German Football League (DFL) agreed on a concept that would allow some fans back with personalized tickets while not allowing standing, away supporters or alcohol.

But with coronavirus cases ticking up again, Bavaria's state premier Markus Soder wants to move cautiously, and it is the politicians who have the final say. The Bundesliga was the first major European league to return behind closed doors in May from a two-month coronavirus suspension.

"I was very much in favor of the start of games without fans and it went very well. But I'm extremely skeptical about stadiums being full at the start of the Bundesliga season. I can't imagine it at the moment," Soder, tipped by many in Germany to follow Angela Merkel as chancellor next year, told reporters in Nuremberg.

"It's also not wise, when we have school starting, when we have early autumn, to consider that we will have an additional 20,000, 25,000 people in stadiums," he added after an impromptu video conference of his cabinet.

He said he will try to hold a conference call of state premiers on the issue in the last week of August, in coordination with the federal government.

"I can imagine full stadiums perhaps during the season, but not at the start of the Bundesliga," he remarked.

A return of fans could also have a "destructive effect on the public both in terms of medical capacity and on cultural events," Soder added.

A spokeswoman for the Baden-Wuerttemberg State Health Ministry concurred.

"The coronavirus regulations currently allow large events with up to 500 people," she said.

"However, the idea of thousands of people in a stadium is currently unimaginable in our view, when on the other hand we still have to set restrictive guidelines in many areas of society for good reason."

The Bundesliga season restarted in mid-May after a suspension of more than two months, becoming the first European league to resume under strict rules to contain the spread of the coronavirus.

The Bundesliga kicks off on the third weekend in September, with the first round of the German Cup coming a week earlier.