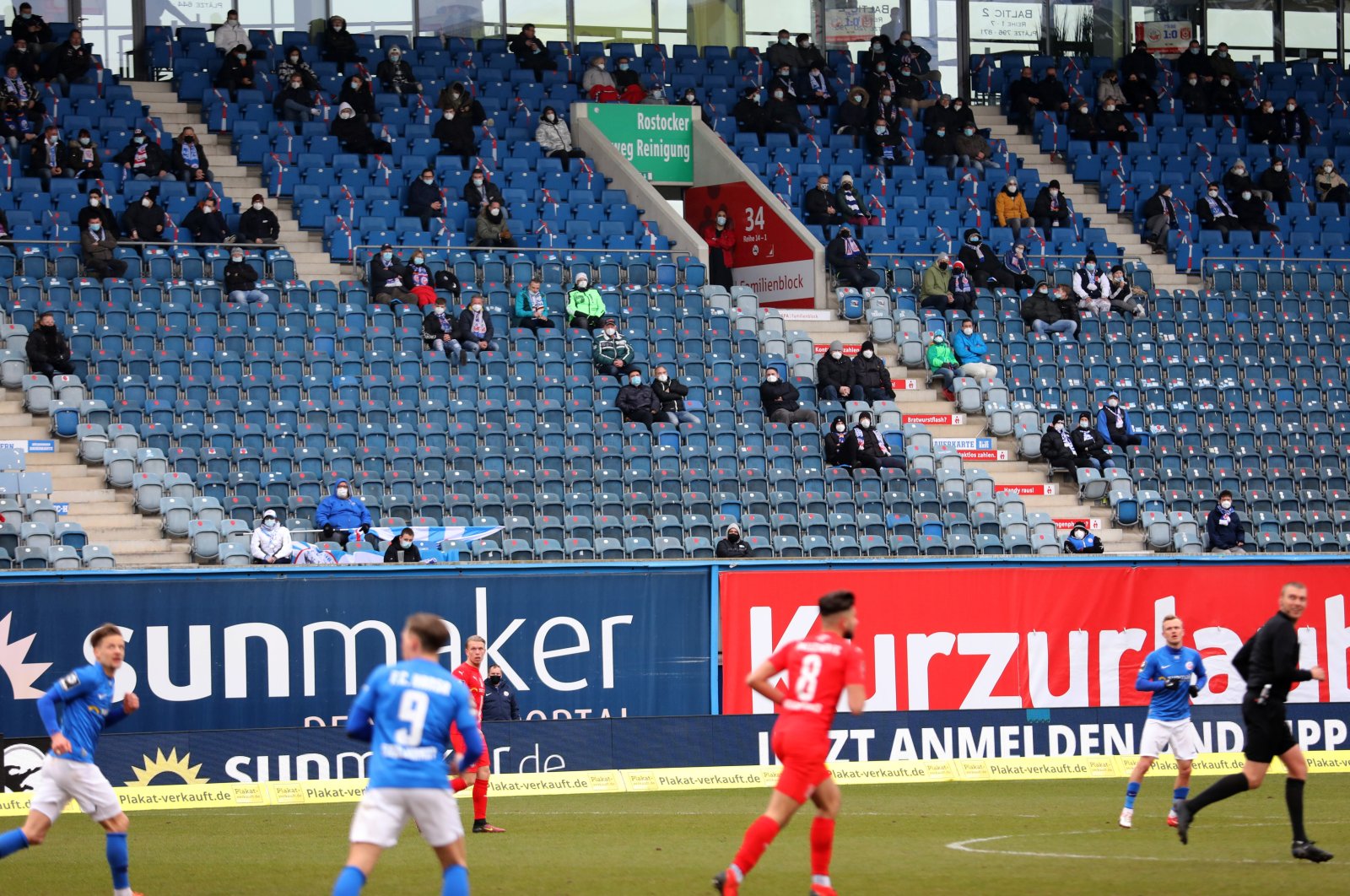 General view during the match between Hansa Rostock and Hallescher FC as fans are allowed to return to the stadium following the outbreak of the coronavirus disease (COVID-19), Rostock, Germany, March 20, 2021. (Reuters Photo)
by German Press Agency - DPA Mar 20, 2021 8:03 pm
RECOMMENDED

Hansa Rostock on Saturday became the first German professional football team in five months to play a league match in front of fans, with 777 spectators watching their 1-0 third division win against Halle.

All spectators underwent rapid tests for the coronavirus and were registered before gaining entry to the 29,000 seat stadium where they had to wear masks and observe social distancing rules.

Rostock mayor Claus Ruhe Madsen named the game groundbreaking for other sports and businesses, adding: "In the end, it is about our life with corona. This has to be understood."

Madsen and authorities in the Baltic Sea port city gave the nod to the return of fans because the city has had a very low infection rate for weeks.

"Such experiments could be possible in regions with a low incidence like Rostock, and under strict regulations and observation," said Emil Reisinger, a doctor who advises the government in Rostock's state of Mecklenburg-western Pomerania.

The Rostock club plans to share its insight with other interested clubs, and representatives from the German Football Federation (DFB) and other sports were present as observers on Saturday.

Two officials from Bundesliga club Union Berlin were also present as that club has been chosen for a similar project in the German capital which wants to bring back spectators to sports and cultural events.

However, infection numbers in Germany are rising again amid fears of a third coronavirus wave, mainly with more infectious variants, and new restrictions are more likely that a fan return in more regions.