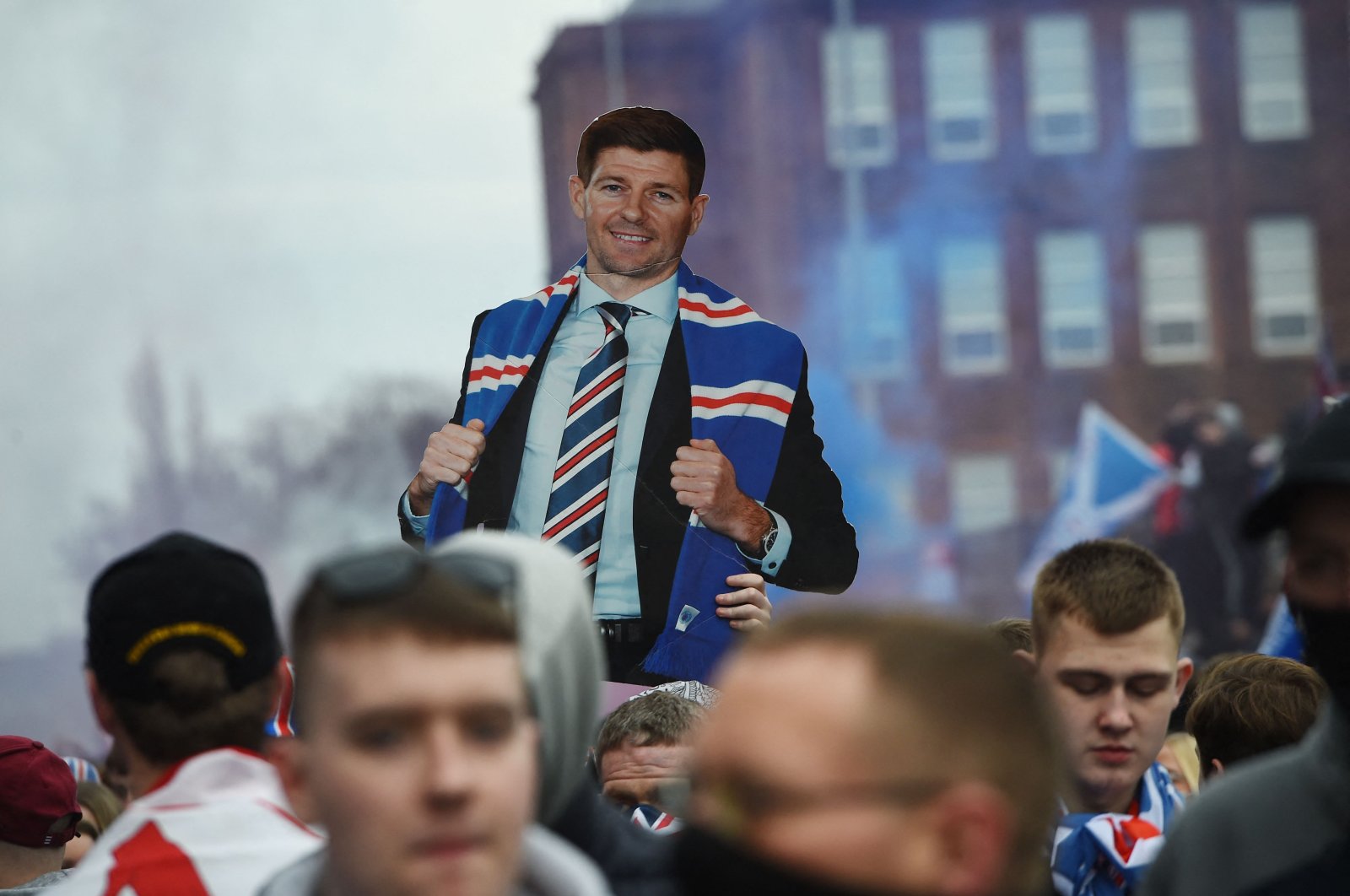 Steven Gerrard has his sights set on more silverware with Rangers after leading the club to their first Scottish league title for 10 years.

The former Liverpool and England midfielder celebrated his first managerial trophy on Sunday after Celtic's goalless draw at Dundee United ended its chances of retaining the Premiership.

Gerrard's men have not lost a single game in the league in their successful quest to end Celtic's record-equalling run of nine consecutive Scottish league titles.

Rangers were not even in the top flight for four of those seasons after they were demoted to the fourth tier following liquidation in 2012 due to financial troubles.

"It is very difficult to put into words right now," Gerrard told the club's website. "I'm on a real, emotional high and it has been a journey that is not finished.

"There is more to come and the next thing for me, when you win, it is always about what is next, and I am so proud of the players first and foremost – they are the most important people inside the club."

The 40-year-old added that he wanted his players to "keep delivering" until the end of the season.

Rangers face Slavia Prague in the first leg of their Europa League last-16 tie on Thursday and they will meet Cove Rangers in the third round of the Scottish Cup on April 3.

After spending so long in the shadow of bitter rivals Celtic, Rangers have been crowned champions with six games to spare.

Rangers chairman Douglas Park hailed an "absolutely unbelievable" achievement, adding on RangersTV: "We've achieved 55, we've won the league. I couldn't be more happy for the club, the supporters and everyone.

"It's been a hard, hard road getting there, but we've got there and obviously we want this to be the start of many."