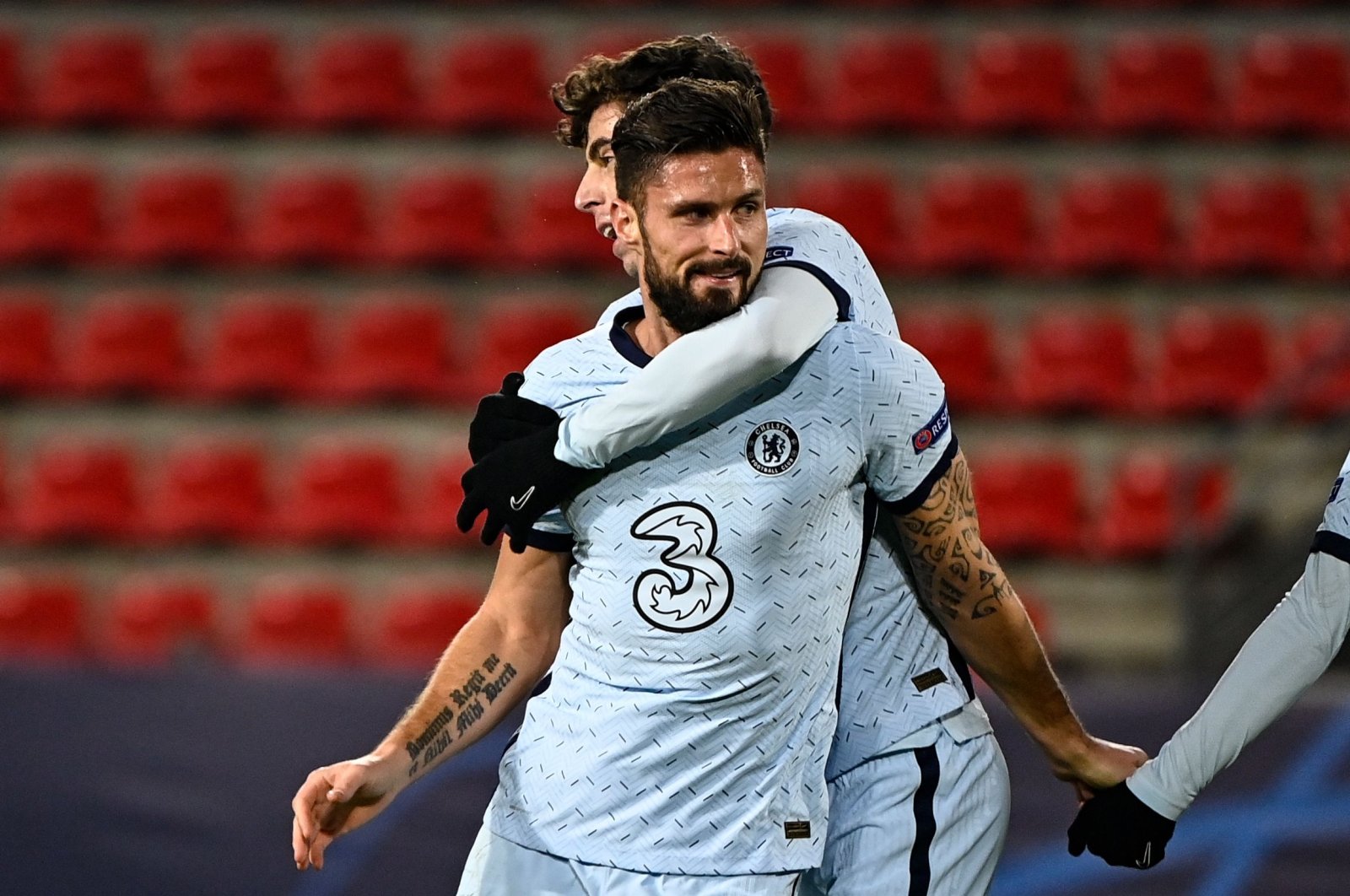 Olivier Giroud came off the bench to score an injury-time header as Chelsea won 2-1 at Rennes to reach the knockout round of the Champions League on Tuesday.

Giroud has hardly played for Chelsea in recent weeks and this was just his eighth appearance in a frustrating season. But the France veteran made the most of a rare outing with an opportunistic winner in the 91st minute.

After Rennes again gave the ball away in midfield, goalkeeper Alfred Gomis saved forward Timo Werner's shot. But as the ball looped awkwardly up, the ever-alert Giroud reacted quickest to leap above static center half Damien Da Silva and planted a bullet header under the crossbar.

Striker Sehrou Guirassy's 85th-minute and equally powerful header had given Rennes hope of pushing for a first-ever win in its Champions League debut season, as Chelsea conceded its first goal in Group E.

He ran onto Mason Mount's superb 50-meter pass after the tenacious England midfielder got the ball off forward Jeremy Doku just outside the Chelsea penalty area.

Mount almost had a goal of his own in the 29th minute, only to be denied by a superb one-handed reflex save from Gomis.

Gomis became the Rennes No. 1 after Edouard Mendy was sold to Chelsea, and Mendy made a fine save to bat away his former captain Da Silva's header close to halftime.

Two minutes after the break, Werner had a goal ruled out for offside when he turned in Cesar Azpilicueta's cross.

Midway through the second half, Giroud came on for Tammy Abraham.

At the other end, Mendy denied his ex-teammates again when he saved from Guirassy and center back Gerzino Nyamsi in the last 20 minutes.

But he was powerless to stop Guirassy's header flying past him.

Rennes has won only once in the past 10 games, having lost 3-0 in west London three weeks ago.

In the group’s other game, Spanish club Sevilla also advanced to the last 16 with Munir El Haddadi also netting an injury-time goal in a 2-1 win at Russian side Krasnodar.

Chelsea tops the group and is level on 10 points with Sevilla, while Rennes is last behind Krasnodar with both on one point.