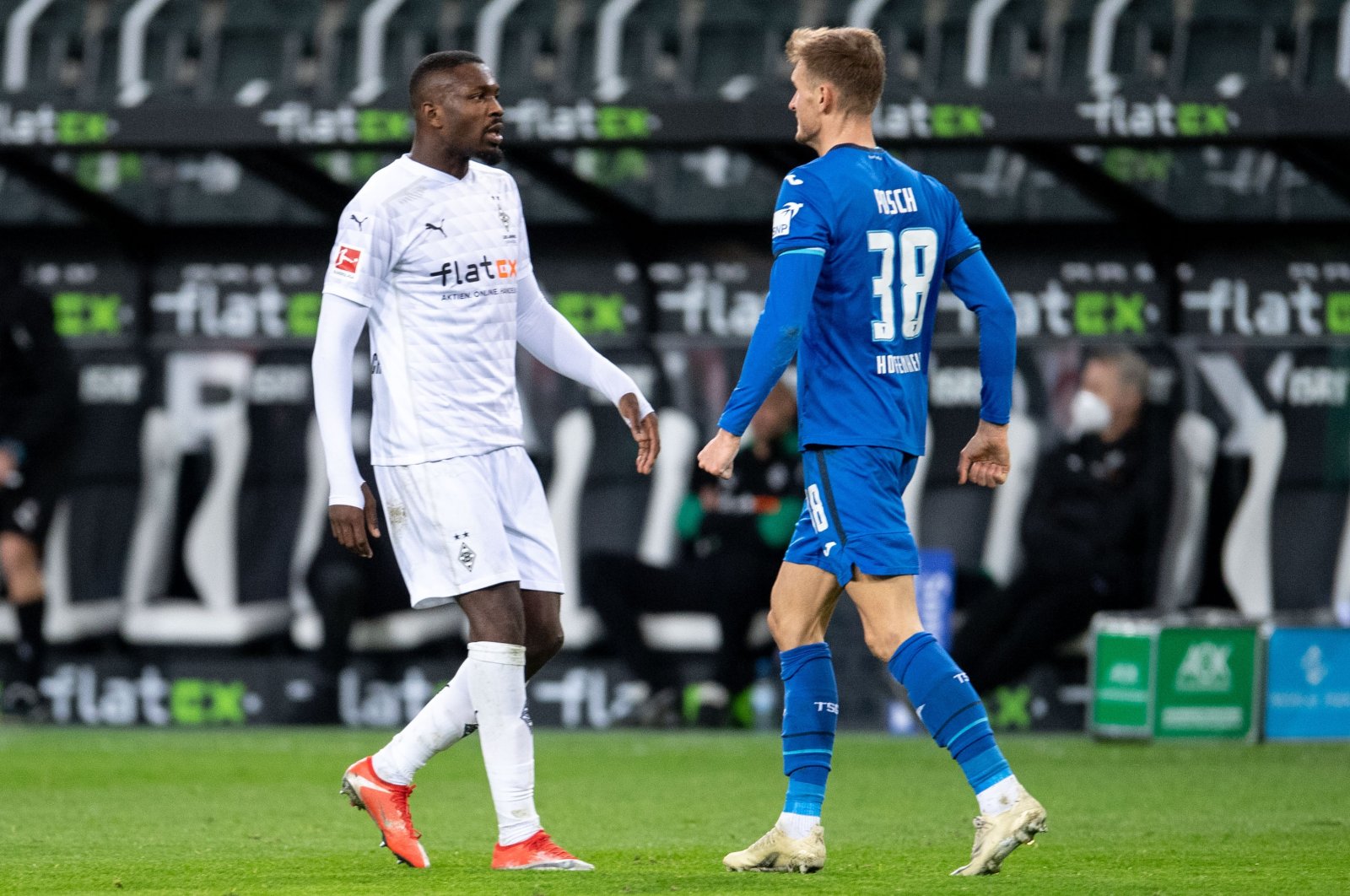 "I had a long discussion with Marcus this morning, in which he apologized to me and to the club once again for his actions," Borussia sporting director Max Eberl told the club homepage.

Eberl said Thuram told him "he had unintentionally spat after cursing several times in French in the heat of the moment," following a dispute with his opponent.

Gladbach will fine Thuram a month's wages and the 23-year-old said he would also engage in his own social project. The club said an internal ban for Thuram "will likely" follow.

"Last night, Marcus apologized to Stefan Posch, Hoffenheim, his teammates, the coaching staff and the Gladbach fans, and I would like to do this again explicitly on behalf of Borussia Moenchengladbach," said Eberl.

"Marcus made a big mistake and is being punished for it. He remains the same person we know, and we will stand by him."

Thuram was sent off for his offense and Gladbach went on to lose the game 2-1.