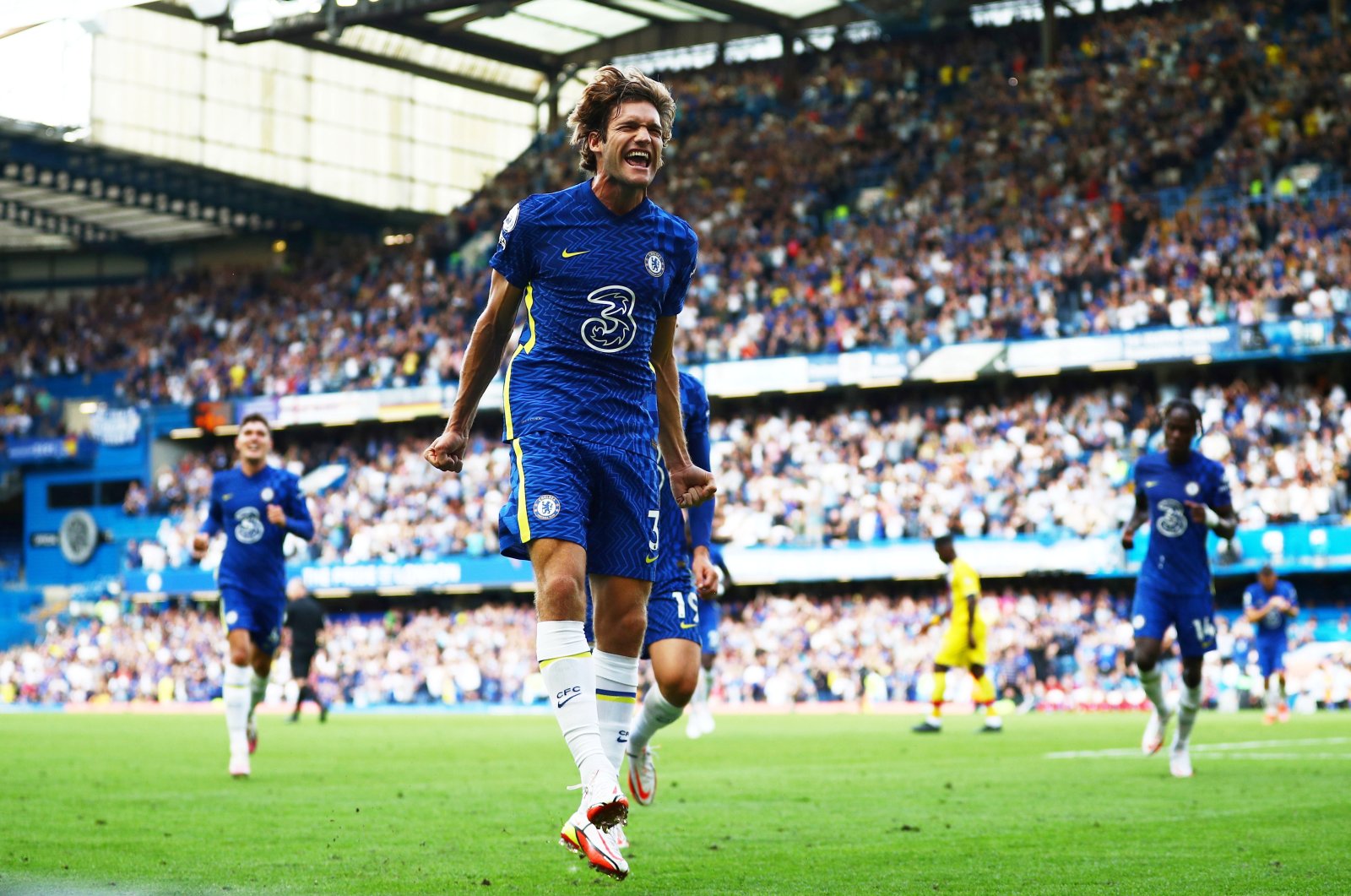 Premier League fans were treated to a goal fest on Saturday as giants Chelsea, Manchester United and Liverpool thrashed respective opponents in their opening matches of the 2021/2022 season.

With full-capacity crowds back for the first time since March 2020, Manchester United got things going in the early kickoff with a 5-1 hammering of Leeds United as Bruno Fernandes netted a hat trick and Paul Pogba making four assists.

Chelsea then outclassed Crystal Palace 3-0 at Stamford Bridge in one of five 3 p.m. kickoffs before Liverpool, with key defender Virgil van Dijk back after a nine-month absence, eased to a 3-0 win at promoted Norwich City.

While the three points were important to respective managers Thomas Tuchel, Ole Gunnar Solskjaer and Juergen Klopp – they all acknowledged it was a special day for England's top flight with the empty stadiums of the COVID-19 era replaced by the sounds of passionate fans.

"You get the butterflies again," Solskjaer said. "Suddenly it's a game that matters."

"The occasion was great. It was exactly what we expected and what we'd missed for so long," Klopp said. "I applauded the Norwich fans as well because it's so nice to have fans back, wherever they come from."

Chelsea is earmarked as the side most likely to challenge champions Manchester City for the title and it did nothing to suggest otherwise as it made do without new signing Romelu Lukaku, who is still observing quarantine restrictions after his 97.5-million-pound ($135 million) move from Inter Milan.

Spanish left back Alonso fizzed a free kick into the top corner to put Chelsea in charge in the 27th minute while U.S. forward Christian Pulisic followed up on the rebound to double his side's lead five minutes before halftime.

However, it was homegrown defender Chalobah's goal that raised the biggest cheers, having been out on loan for three seasons in England and France.

"We were pretty sharp," Tuchel, whose side won the European Super Cup on Wednesday, said. "It looked easier than it was.

"Some players we pushed with 120 minutes over the line already and they stepped up again. We set our standards as high as possible. It was a huge team effort."

United was equally impressive as it ran riot against Leeds United, having been pegged back to 1-1 when a Luke Ayling thunderbolt canceled out Fernandes's first-half effort.

Mason Greenwood fired United back in front before Fernandes added a quickfire third to put Solskjaer's side in command and the Portuguese completed his treble with another fine finish before Brazilian Fred completed the rout.

United gave new signing Jadon Sancho a late substitute appearance while it also has Marcus Rashford and Edinson Cavani to come back after missing Saturday's rout.

"It has been a very, very good day," Solskjaer said. "When Bruno gets goals like this, timing his runs, it does not really matter who scores. We definitely have loads of forwards who can chip in. He will not have that burden on himself."

Van Dijk, whose ACL injury was a big factor in Liverpool's mediocre defense of its title last season, had a comfortable return as his team brushed Norwich aside.

Former Liverpool manager Rafa Benitez marked the start of his Everton reign with a 3-1 victory over Southampton at Goodison Park.

Everton trailed to a goal by Saints debutant Adam Armstrong but hit back with Richarlison, Abdoulaye Doucoure and Dominic Calvert-Lewin all scoring after the break.

Leicester City began with a 1-0 win over Wolverhampton Wanderers with the ever-reliable Jamie Vardy on target while Watford marked their return to the top flight with an impressive 3-2 win over Aston Villa as Emmanuel Dennis and Cucho Hernandez both scored on their debuts.