Gone with the wind: Trabzonspor parts ways with coach Newton 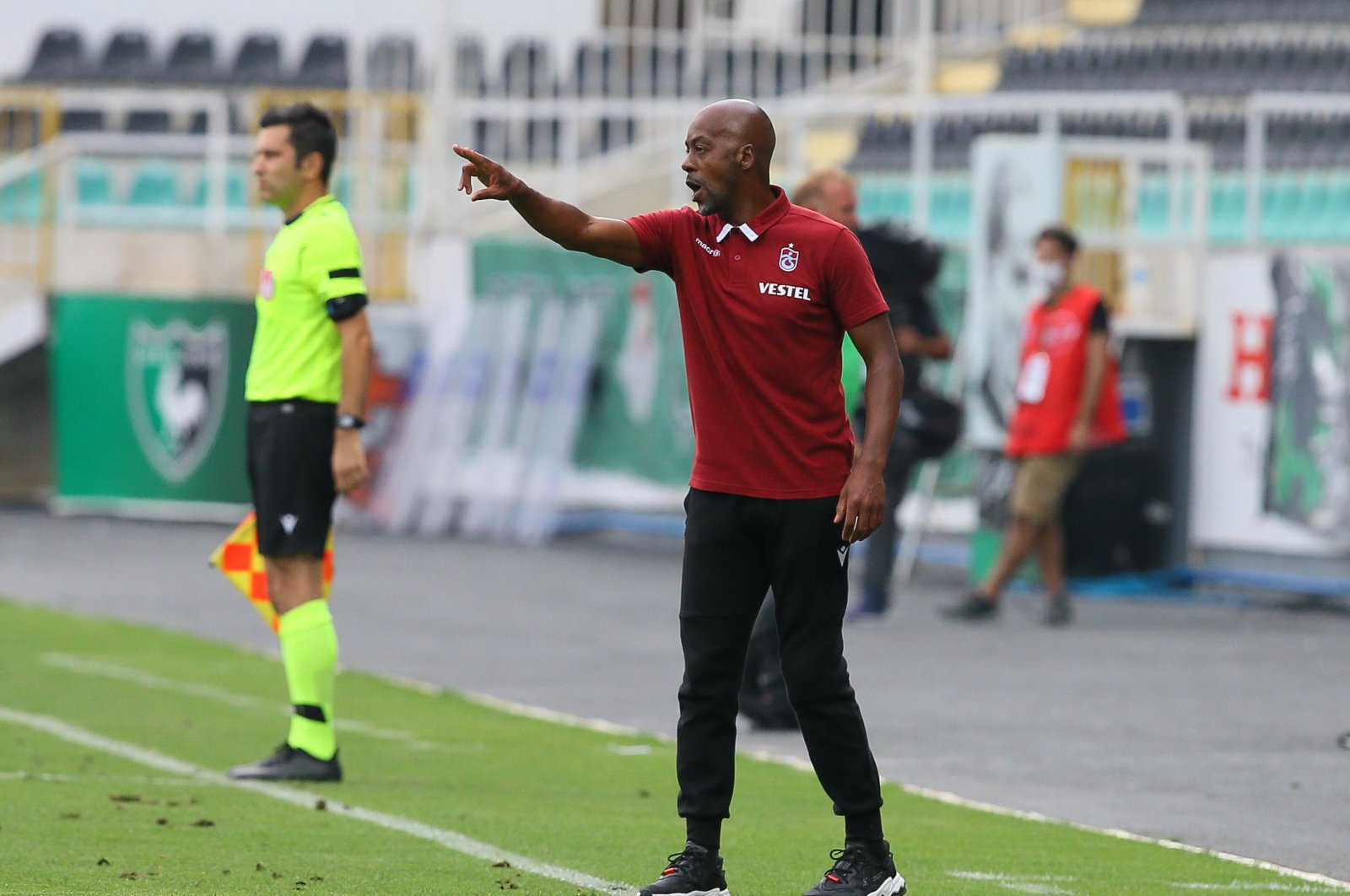 Süper Lig giant Trabzonspor announced the departure of coach Eddie Newton over poor results, but the decision came after just seven matches marked much deeper problems at the club and in Turkish football in general

Joining the club as an assistant manager in February from Chelsea, Newton enjoyed a quick boost to his career at Trabzonspor after he was promoted to head coach in six months.

But his fall came as quickly as his rise. After just seven matches as the head coach, Newton fell from grace and departed from the Black Sea club.

Cast down to the depths of the relegation zone after ending last year as runner up, Trabzonspor has been going through turbulent times and the unsurprising announcement came a day after the Black Sea club suffered a third humiliating defeat in a row.

First was Başakşehir, its rival for last year's title. Despite arriving at Trabzonspor’s home without a single goal scored, Başakşehir returned home with a 2-0 victory.

That was followed by a 3-1 humbling by its archrival Fenerbahçe, which hammered the Black Sea side 3-1 at Şükrü Saraçoğlu Stadium in Istanbul.

And on Friday, Trabzonspor fans were subjected to further horrors after their team was defeated 4-3 by Kasımpaşa with a spectacular comeback.

The match looked to be in Trabzonspor’s control during the first half, as the Black Sea club was enjoying a 3-1 lead. Things, however, started to take a turn for the worse during the last moments of the first half, when Kasımpaşa made it 3-2.

Missing a penalty in the 58th, Kasımpaşa managed to complete its comeback with two goals in the last six minutes of the match and returned to Istanbul with three points.

And thus, last year’s runner-up found itself deeper down the relegation line, with just five points in seven weeks. It was time for the gods, or press and fans in this instance, to call for a sacrifice.

“Take your trash and get the hell out,” one local newspaper in Trabzon wrote, referring to the club’s management and coach Newton.

“Newton’s resignation won’t be enough. Let the fire be lit for a general congress,” another wrote, calling for a presidential election in the club.

And as decades-old Süper Lig tradition dictates, the management chose the coach as the scapegoat for the poor form, parting ways with the English manager.

Newton’s departure was marked by such a short announcement that the lack of certain words told more than what was written.

“We thank coach Eddie Newton for his services to our club and wish him success in his future endeavors,” the club wrote, short enough to fit in a fortune cookie and serve Newton a surprise.

Speaking after the match on Friday, Newton had told reporters that he was "not a person to run away from a challenge," indicating his desire to stay and fix the problems, but it appeared that the management's patience had run out.

While Newton could not be called entirely blameless and his managerial decisions could very well be questioned, one could argue the team is a shell of its former self.

It also lost its third and fourth most scoring players to its nemesis Fenerbahçe and tried to reinforce the squad with free transfers due to budget restrictions introduced by the FFP.

Adding one of the most excitable and vitriolic fanbases in Turkey to the mix and the fact that Trabzonspor is far from a bastion of stability, the result is a multifaceted, volatile problem.

But nevertheless, the deed was done. Newton was thrown to the wolves, and Trabzonspor will be on the lookout for a new manager.

While it remains to be seen whether Trabzonspor executives will be able to hold on to their seats, one thing is certain: Newton will not be the last Süper Lig coach to be blamed for all the shortcomings of a team.