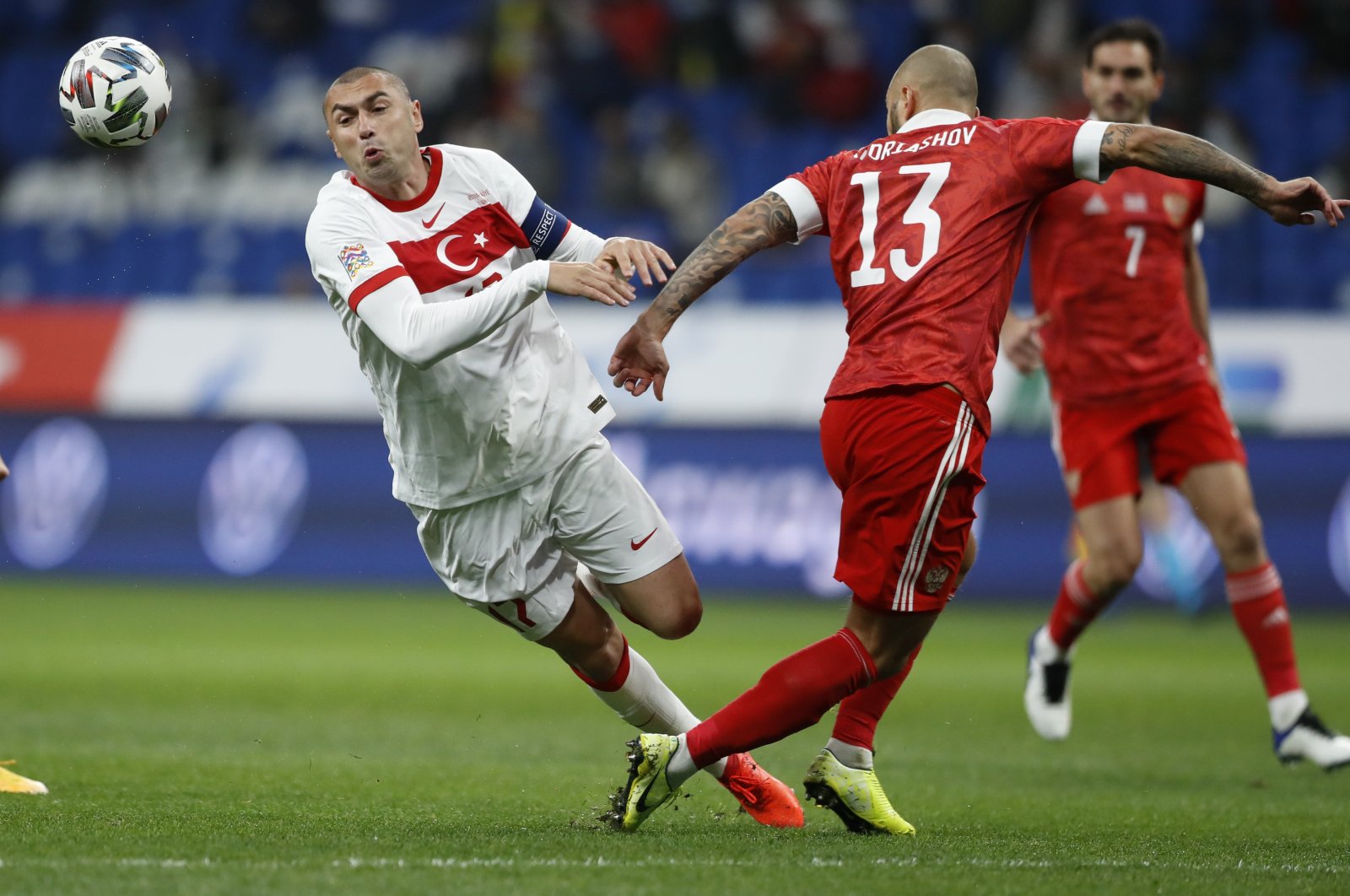 As expected, Turkey saw a completely different game played by Russia during the UEFA Nations League, compared to that of Germany’s in the friendly days before. Typical of their manager Stanislav Cherchesov, who has led the team to semifinals in World Cup 2018, the Russian side played a purely reactive game.

Turkey, although having a similar goal, could not control the countenance of the Russian side in the first half. What made the difference in the first 45 minutes was the intensity of Russian pressure, while the Turkish national team was ambivalent with its offensive eagerness. Only in the second half, when Turkey’s manager Şenol Güneş took the risks and decided to push his team forward, did the course of the game change dramatically. These two completely different halves represented both good news and bad news for the Turkish national team.

Starting with the negative part, as it happened first, it was clear that Turkey is still not ready against opponents like Russia. Just like Hungary and Serbia, Russians also knew that Turkey is dangerous when its opponents are taking the initiative. Thus, quite ironically Turkey is the leader of the group with 57% ball possession after three games, albeit getting only two points. This is a clear indication that Turkey’s opponents already understood the lack of versatility in Güneş’s game and left the ball to their opponent wholeheartedly.

Cherchesov’s plan was no different in the first half, as the Russians rarely took more than five passes in a row. They played long, deep balls between Turkey’s defenders and goalkeeper, hoping to find the target man Artem Dzyuba with crosses. Cherchesov’s plan worked very well in the first half as Turkey was not as aggressive in pressing as its opponent and did not know what to do when having the ball. This led to lazy, inaccurate passes right in the center of Turkey’s game, where it is extremely dangerous to lose balls. Russians took advantage of this confusion in Turkey’s midfield and won lots of balls in that area. The result was, as Cherchesov planned, a 1-0 lead for the Russian side in the first half.

However, the second half was completely different than the first, and thus created the positive part of this story. Cengiz Ünder replaced Efecan Karaca in the right-wing, and Güneş pushed his team forward. As the length of the game narrowed due to heightened Turkish press, Ünder found a great opportunity to work closely with Hakan Çalhanoğlu and create chaos on the right-wing. Having lost a lot of energy in the first half and unable to break through the defense with long balls, since no one was in front to receive it, the Russian national team got stuck in their half for the entire second half.

A long-awaited goal from the Turkish side came with a brilliant cross from Çalhanoğlu, in a well-planned set-piece. After that, Ünder challenged the Russian goalkeeper Anton Shunin twice with great attempts but were denied by Shunin and the crossbar. There were also other opportunities that were the result of Güneş’s tactical decision and Ünder’s dynamism. This shows that although Turkey is not ready to play an efficient possession game, the team shows promising signs for such an undertaking.

At this point, Güneş should work more on the versatility of his strategy. The main counter-pressing strategy against bigger opponents should always be the priority, but the road to next summer requires at least a functioning possession strategy. Güneş might focus more on utilizing the connection between Çalhanoğlu and Ünder and creating a passing pattern that could function as a “supply-line” for the two. Only then, can Turkey become a well-rounded team.