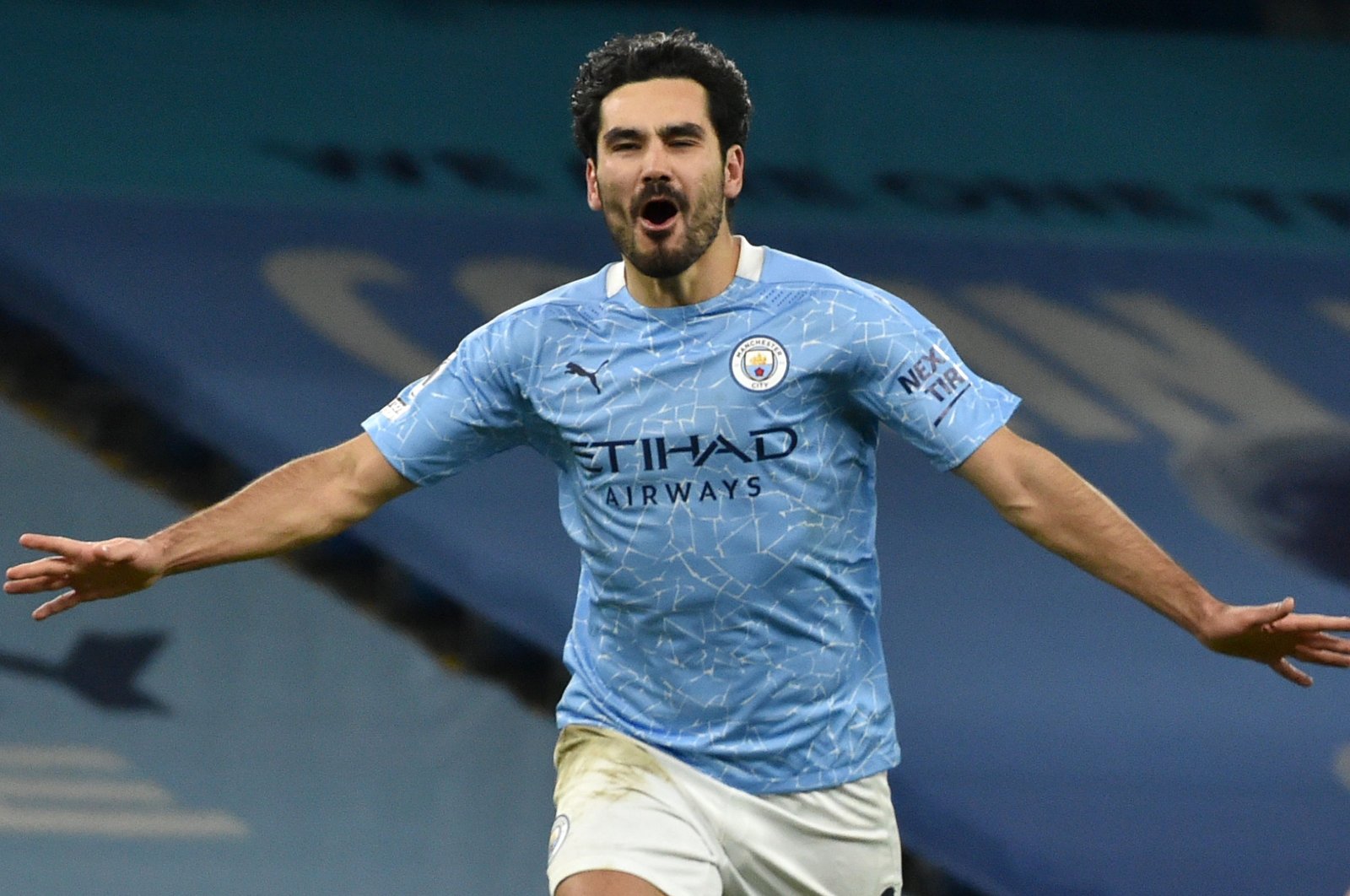 İlkay Gündoğan's free-scoring form has played a major role in Manchester City surging 10 points clear at the top of the Premier League as it closes in on a third title in four seasons.

However, City's latest quest for the trophy it most desires restarts this week with the first leg of its Champions League last 16 tie against Borussia Moenchengladbach on Wednesday.

As Pep Guardiola's first signing after arriving in Manchester, Gündoğan joined a project determined to make a mark on Europe's premier club competition.

Despite six major trophies in the past five years and the likelihood of more to come this season with City also going strong in both domestic cup competitions, the Champions League has been a constant source of frustration for Guardiola. Under the Catalan, City has not progressed beyond the quarterfinals in four attempts.

On the back of an 18-game winning run in all competitions, not for the first time, the Premier League leader finds itself tagged as Champions League favorites.

If this is to be the year that the billion-dollar project pays off in Champions League glory, Gündoğan is likely to be a central figure.

The German footballer of Turkish descent is already having his best-ever goal-scoring season with 13 in all competitions, 11 of which have come in his last 13 Premier League games.

Gündoğan's game is about much more than goals. A metronomic midfielder who rarely gives the ball away, he fits the profile as the type of player Guardiola loves.

"He is such an intelligent player," said the former Barcelona and Bayern Munich boss. "That's one of the qualities I appreciate the most, intelligence – the players who understand everything that happens during the game and solve it as quick as possible."

However, Gündoğan's versatility also made him a favorite of Jurgen Klopp and Thomas Tuchel during his time at Borussia Dortmund.

"İlkay was one of the best players I ever coached," said Liverpool boss Klopp before Gündoğan scored twice against the English champions in a 4-1 win earlier this month.

"When you are smart and experience comes into play as well, then it's another jump in your performance level. I'm not surprised at all."

Gündoğan's early time in England was disrupted by a cruciate ligament damage that ruled him out for nine months.

On his return, he was faced with finding his way into a midfield three of Fernandinho, David Silva and Kevin De Bruyne that shone as City set an English top-flight record of 100 points to cruise to the title in 2018/19.

Now 30 and with Silva departed and Fernandinho playing a bit-part role at 35, Gündoğan is one of City's leaders.

When De Bruyne was recently ruled out for a month by a hamstring injury, he scored six times in five games as Guardiola's men did not drop a point.

That maturity has also shown off the pitch as he has launched a charity campaign to help local bars, cafes and restaurants struggling to survive during the coronavirus lockdown.

Yet, like many of his teammates, Gündoğan is yet to showcase his best on the Champions League stage in a City shirt after making his name in a run to the final for Klopp's Dortmund in 2012/13.

With his former boss now battling an injury crisis that has ravaged Liverpool's Premier League title defense, Barcelona on its way out, holders Bayern Munich showing signs of fatigue and Real Madrid no longer the force it once was, City may never get a better chance to finally make its Champions League breakthrough.

Ahead of the other match Wednesday, Real Madrid will be hoping Karim Benzema will be fit to play after trouble with an ankle ruled him out of the weekend’s Spanish league match.

Benzema leads Madrid with 17 goals scored across all competitions and does not have a clear backup after the team let Luka Jovic go this winter.

The rarely used Mariano Díaz started Saturday’s game at Valladolid, but the team had to rely on holding midfielder Casemiro to get the only goal of the 1-0 win.

Zinedine Zidane replaced Díaz after an hour with reserve team player Hugo Duro. Madrid is also missing injured captain Sergio Ramos, who is out with a left-knee injury.

Atalanta will have poignant memories of the same stage last season. The Champions League outsider beat Valencia 4-1 in the first leg but the joy was short-lived as, days later, Bergamo became the epicenter of the coronavirus pandemic.

The match was dubbed "Game Zero” by the media. Atalanta will have to put those thoughts to one side, however, and it will be full of confidence after an impressive performance saw it beat Napoli 4-2 in Serie A.

Luis Muriel was inspirational as he scored a stunner and also had a hand in Atalanta's other three goals.