Haaland on the double as Dortmund thrashes Frankfurt, Bayern held 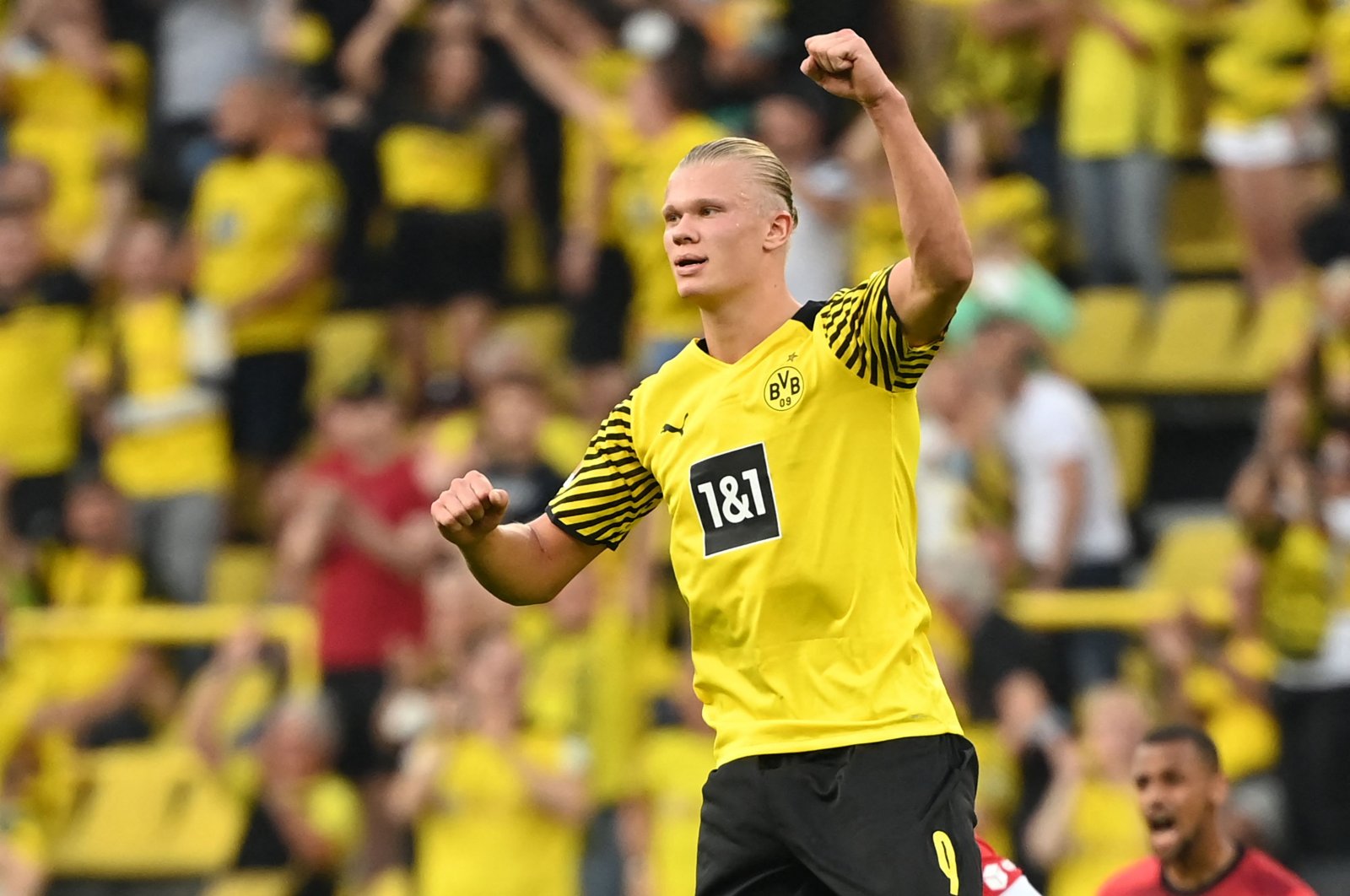 Erling Braut Haaland picked up right where he left off last season with two goals and three assists as Borussia Dortmund threw down a marker on the first weekend of the Bundesliga season with a 5-2 thrashing of Eintracht Frankfurt Saturday.

Defending champion Bayern Munich, in the meantime, kicked off the new season with a 1-1 draw at Monchengladbach Friday.

The 21-year-old, who has now netted 62 goals in 61 games for Dortmund, proved he can create chances just as well as finish them.

Haaland also claimed a hat trick in the German Cup last week, giving him a tally of five goals and three assists after just two games this season.

When Dortmund attacked early on, Haaland drew three defenders and squared to Marco Reus, who scored his 100th Bundesliga goal in the 23rd minute.

Haaland helped restore the lead in the 32nd minute.

He spotted Thorgan Hazard free and his shot clipped the boot of Frankfurt's goalkeeper Kevin Trapp on its way into the net.

Just over two minutes later, Haaland broke free of the defense and drilled his shot past Trapp to make it 3-1.

It could have been 4-1 at half-time, but Reus had a second goal ruled out as replays showed the ball went dead in the build-up.

However, there was only one Norwegian star in Dortmund as Haaland released Giovanni Reyna to score the hosts' fourth goal in the 58th minute.

Haaland showed his speed and strength by finishing off a move from the halfway line with a clinical finish for his second goal with 20 minutes left.

Dortmund, however, was caught napping when Hauge got in behind the defense and tapped home Frankfurt's second goal five minutes before the whistle.

Only a diving Trapp save denied Haaland a hat trick in added time.

Japan midfielder Wataru Endo opened the scoring after half an hour amid sweltering temperatures before Philipp Klement added Stuttgart's second on 36 minutes.

After the break, Stuttgart winger Borna Sosa claimed three assists from two superb crosses and a pin-point accurate corner as Kempf scored either side of a Hamadi al Ghaddioui header.

The win came at a cost, however, as Stuttgart had 17-year-old Dutch striker Mohamed Sankoh stretchered off with a serious knee injury in the second half.

"Sankoh's injury dampened the mood a little – we hope he gets back on his feet quickly. It will take around six months," confirmed Stuttgart coach Pellegrino Matarazzo.

The top flight's other new club Bochum also made a losing start, going down 1-0 at Wolfsburg, whose striker Wout Weghorst scored the first-half winner.

Hoffenheim enjoyed a 4-0 romp at Augsburg.

Forwards Jacob Bruun Larsen and Sargis Adamyan put Hoffenheim 2-0 up before French teenager Georginio Rutter came on to grab the third, then set up Sebastian Rudy for the fourth.

Union Berlin started their season with a 1-1 draw at home to Bayer Leverkusen.