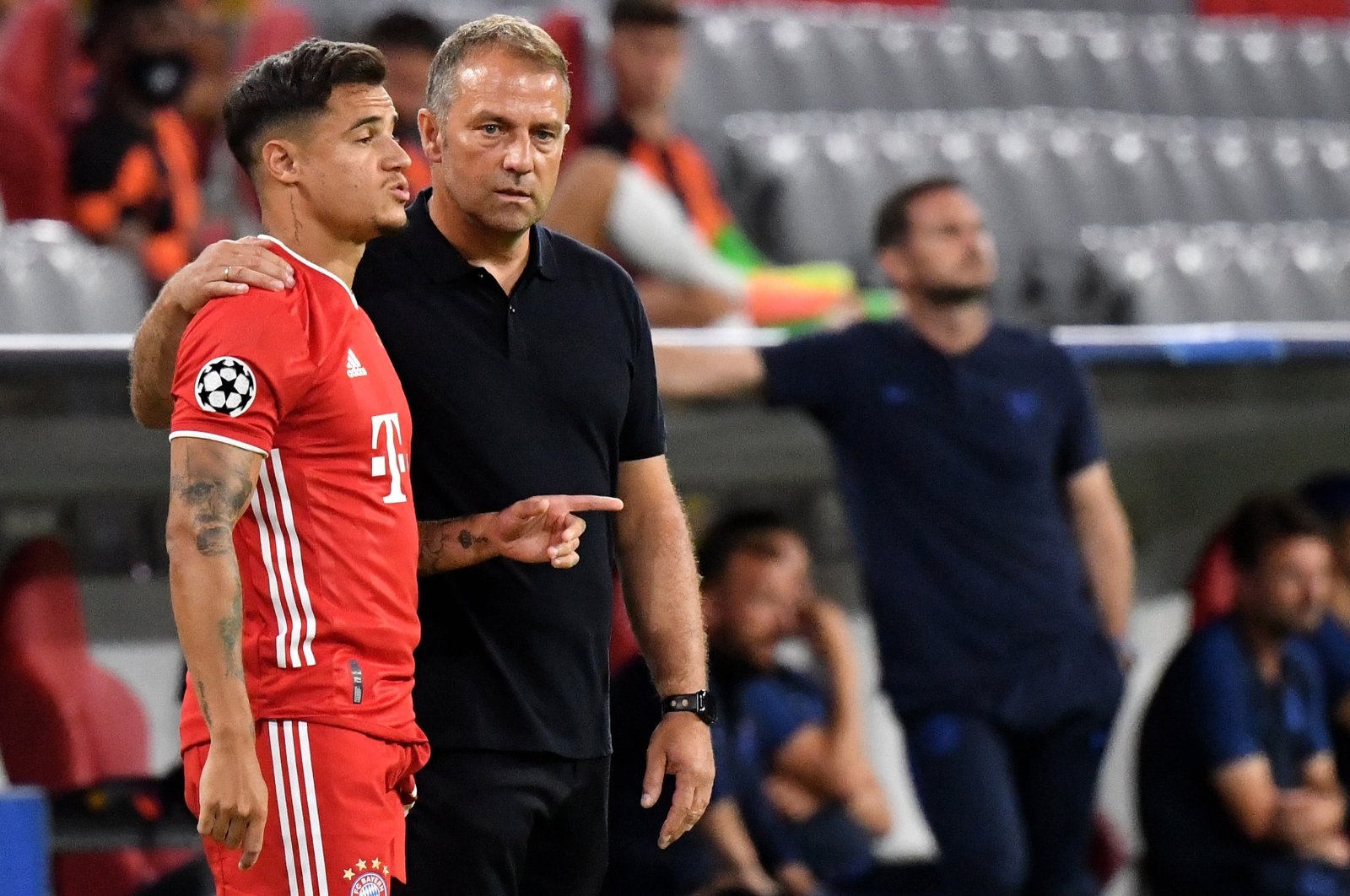 Put in charge as an interim coach after Niko Kovac's departure, a Champions League trophy will make Hansi Flick go down in Bayern Munich history in less than a year

Hansi Flick can write himself into Bayern Munich folklore by lifting the Champions League trophy in Sunday's final to complete his 10-month odyssey from interim boss to treble-winning head coach in his first season.

Flick leads out Bayern against Paris Saint-Germain in Lisbon having already secured the Bundesliga and German Cup.

Yet he was only initially appointed caretaker coach when Niko Kovac was sacked last November following a humbling 5-1 defeat at Eintracht Frankfurt.

It was the 55-year-old Flick's first job as a Bundesliga head coach.

"We can all be happy that we chose Hansi Flick and put our trust in him," said Bayern chairman Karl-Heinz Rummenigge. "He's returned that trust a hundredfold."

Bayern have won 32 of their 35 games under Flick, earning him a contract until June 2023, and arrive in Sunday's final on a 20-match winning streak.

During his 10 months in charge, Flick, 55, has put into practice what he learnt in eight years as assistant coach to Germany boss Joachim Loew until 2014.

At Bayern, Flick has stepped out of Loew's shadow, stamping his mark with "more focus on training and match preparation, making difficult decisions," Mertesacker added.

Thomas Muller, who has seen nine coaches in 12 years with Bayern, is equally impressed.

"Our game hasn't been so well organized since Pep Guardiola. Hansi Flick has always been a great guy, very clear in what he tells us," said Mueller.

"But I didn't expect him to have the complete package to become Bayern's coach."

Mueller, often benched under Kovac, rewarded Flick's faith with a record 21 assists in the last Bundesliga season after returning to the starting side.

Flick has managed the delicate feat of keeping Bayern's stars happy without relying on too much rotation.

"He was able to solve our problems as soon as he arrived. He's a good coach who talks a lot with his players and gives them a lot of confidence," said midfielder Corentin Tolisso.

"In a short space of time, he has given Bayern back its identity," enthused Kicker.

"Bayern are once again dominating: the ball is flowing, they've regained control, the movements between the lines is right. The game is more structured," it read.

The pinnacle was their jaw-dropping 8-2 thrashing of Lionel Messi's Barcelona in the quarterfinals.

Robert Lewandowski, the Champions League's top-scorer with 15 goals, has scored 55 times this season including a career-best 34 in the Bundesliga.

After injuries forced the former Bayern and Cologne midfielder to retire at 28, Flick had spells coaching lower league clubs.

His break was landing the plum job as Loew's assistant to the Germany team after the 2006 World Cup.

He joined Bayern as Kovac's assistant in July 2019 and the rest is history.

"Hansi has a clear idea of what he wants to convey to his players," said Loew when Flick was appointed Bayern coach.

"I knew he would have a good start, but I believe Bayern will also give him confidence."

Loew's words proved prophetic as Flick cut a calm figure before the semifinal win over Lyon.

"I'm relaxed because, I know this team is very focused and has big goals," he said.

Victory on Sunday will see Flick graduate in ten months from interim coach to landing the treble for only the second time in Bayern's proud history after Jupp Heynckes achieved the feat in 2013.