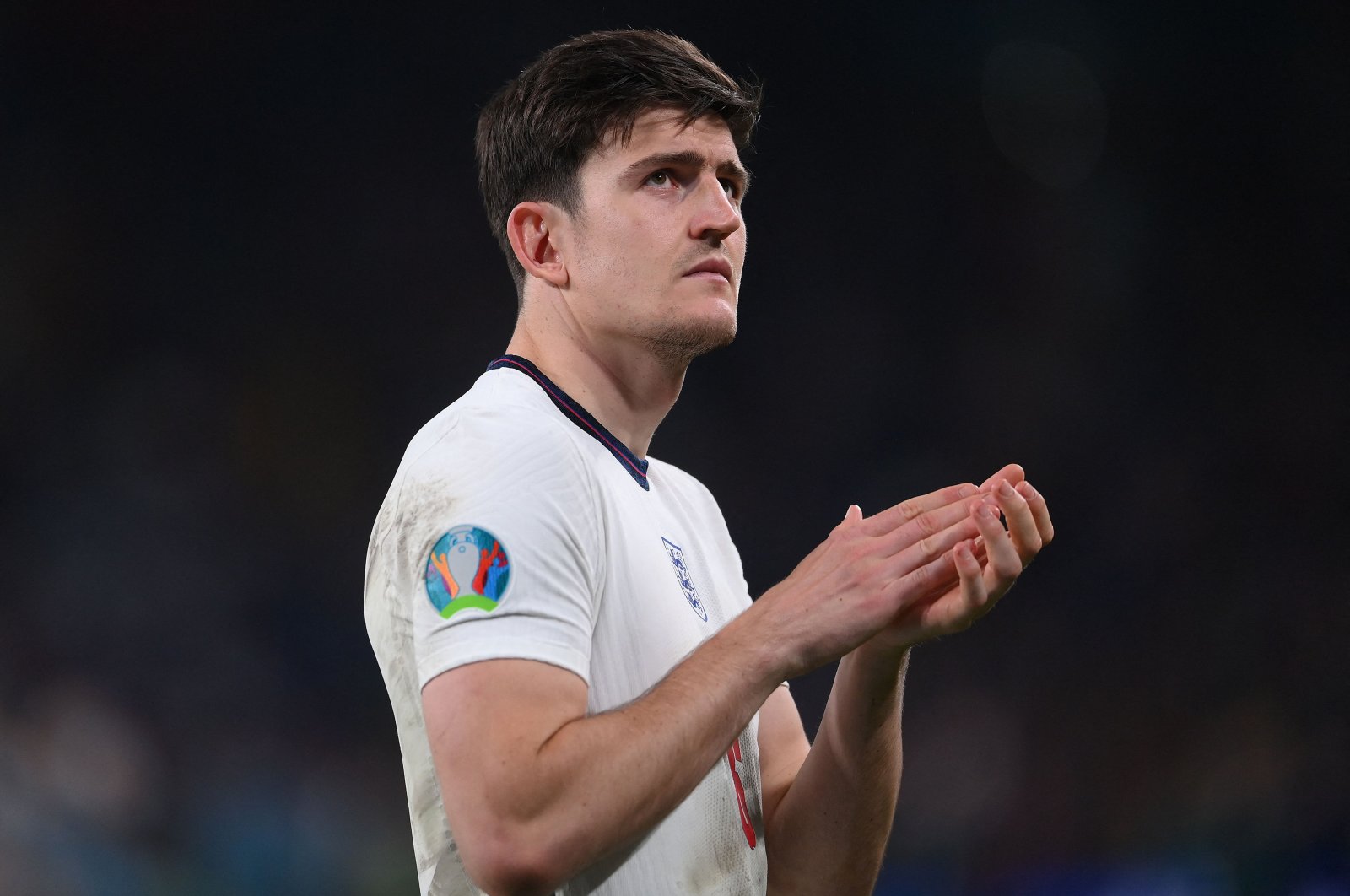 England defender Harry Maguire greets the fans after their loss in the UEFA Euro 2020 final football against Italy at the Wembley Stadium, London, U.K., July 11, 2021. (AFP Photo)
by ASSOCIATED PRESS Jul 14, 2021 10:04 am
RECOMMENDED

England defender Harry Maguire said his father was hurt after being caught up in a crush when hundreds of fans without tickets broke through security barriers at Wembley Stadium ahead of Sunday's Euro 2020 final between England and Italy.

"He had injured ribs and trouble breathing after being caught up in the surge," Maguire told The Sun newspaper.

European Football body UEFA, in the meantime, asked an investigator on Tuesday to study England fan violence at the game.

The English Football Association (FA) has been separately charged with multiple offenses by fans before and during their team’s loss to Italy in a penalty shootout after a 1-1 draw.

Maguire told The Sun his father was "in the stampede" and had been scared but didn't seek medical treatment."

I have seen a lot of videos and have spoken to dad and my family. It was my dad and agent who suffered the most," Maguire told the tabloid.

"He was struggling with his breathing afterward because of his ribs, but he’s not one to make a big fuss – he got on with it.”

While those offenses typically result in fines, more serious punishment such as full or partial stadium closures can follow the kind of violence seen Sunday.

The official attendance was around 67,000 of the stadium’s 90,000 capacity, with many seats intended to be left empty to distance fans during the COVID-19 pandemic.

But there was extremely high demand for tickets for England's first major tournament final in 55 years.

Fans could be seen standing in the stadium bowl unable to access their seats before the game and stadium officials confirmed "a small group of people got into the stadium” without tickets.

UEFA gave no timetable for the disciplinary cases. The FA was fined 30,000 euros ($35,000) for fan incidents after the team’s semifinal at Wembley last week, including booing Denmark’s anthem.