Heat escalates as Ecuador, Netherlands eye round of 16 berth 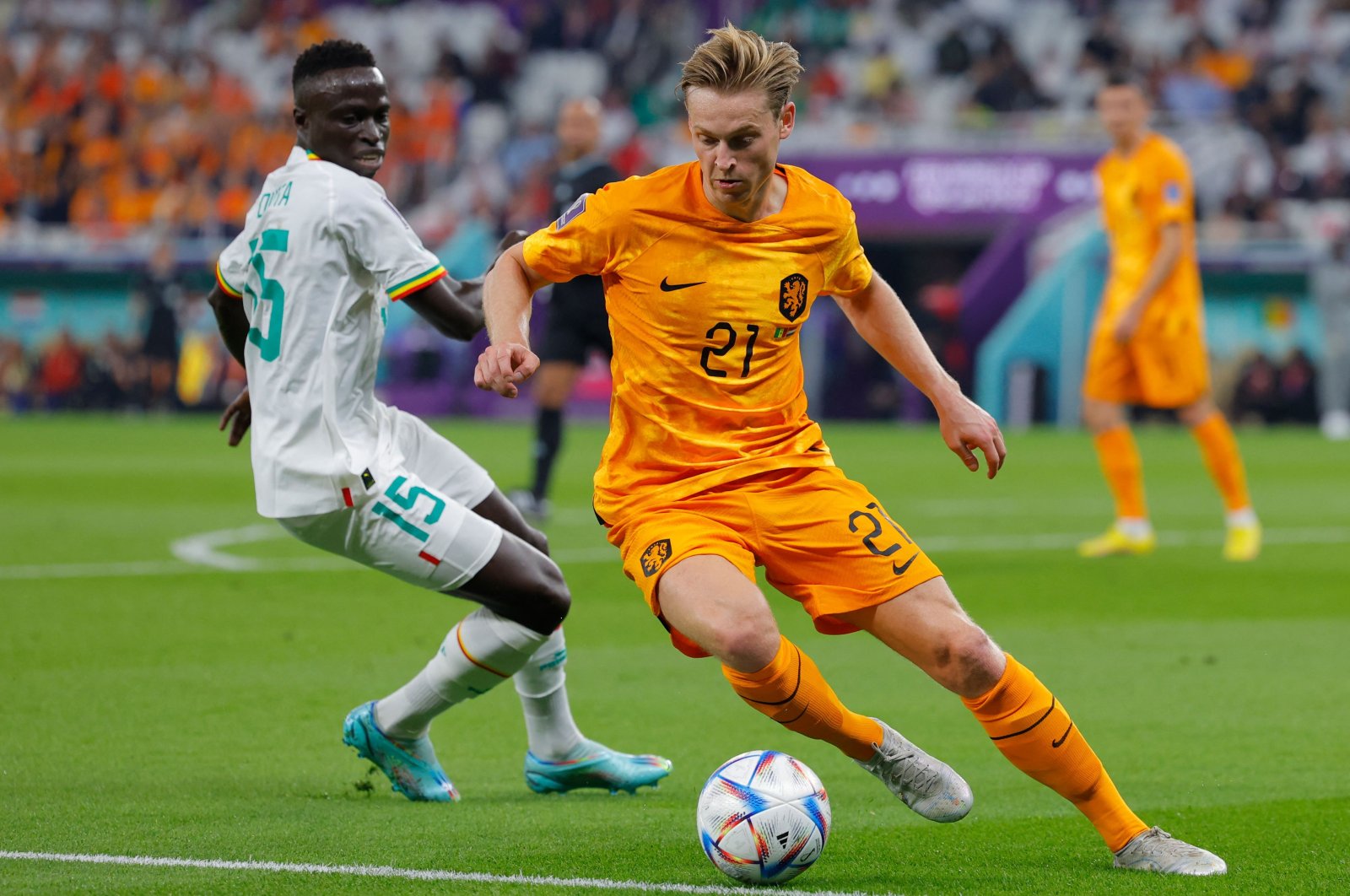 Netherlands' midfielder Frenkie De Jong (R) runs with the ball past Senegal's forward Krepin Diatta during the Qatar 2022 World Cup Group A football match between Senegal and the Netherlands at the Al-Thumama Stadium, Doha, Qatar, Nov. 21, 2022. (AFP Photo)
by Reuters Nov 24, 2022 10:32 am
RECOMMENDED

The adage "When the going gets tough, the irrepressible ones get tougher" is on the table as Ecuador and the Netherlands take a huge step toward the second round of the World Cup in Friday’s Group A clash at the Khalifa International Stadium with both sides currently seating on three points after winning their openers in Qatar.

But while Ecuador have set their target of advancing to the round of 16, as they did in Germany in 2006, the Dutch will be looking for a vastly improved performance to back up coach Louis van Gaal’s assertion that they can go on and win the World Cup.

The Netherlands were far from their efficient best in beating African champions Senegal 2-0 in their opening group game on Monday.

Van Gaal was pleased with the three points, and vindication of his surprise decision to hand goalkeeper Andries Noppert an international debut, but did criticize the manner of the victory, as did captain Virgil van Dijk.

"We won but we also know that we can and must do better," the skipper said.

"Going forward we sometimes tried to force things, and we too often left ourselves exposed to Senegal's counterattacks. That is an area in which we will need to improve because it is an art that our next opponents, Ecuador, are very good at.

"But I am optimistic because I feel we are going to get better," Van Dijk added.

Ecuador are confident that Enner Valencia, who got both goals in their 2-0 win over hosts Qatar on Sunday, will be fit to play despite some concerns over a knee sprain.

"I think that Argentina's defeat will not be the last surprise of this World Cup," he added.

"It will be a tough match, but I expect the Netherlands to approach us with respect,” added the 35-year-old.

The Dutch will likely give Memphis Depay the start after he came off the bench against Senegal for his first match in two months after struggling with a hamstring injury.