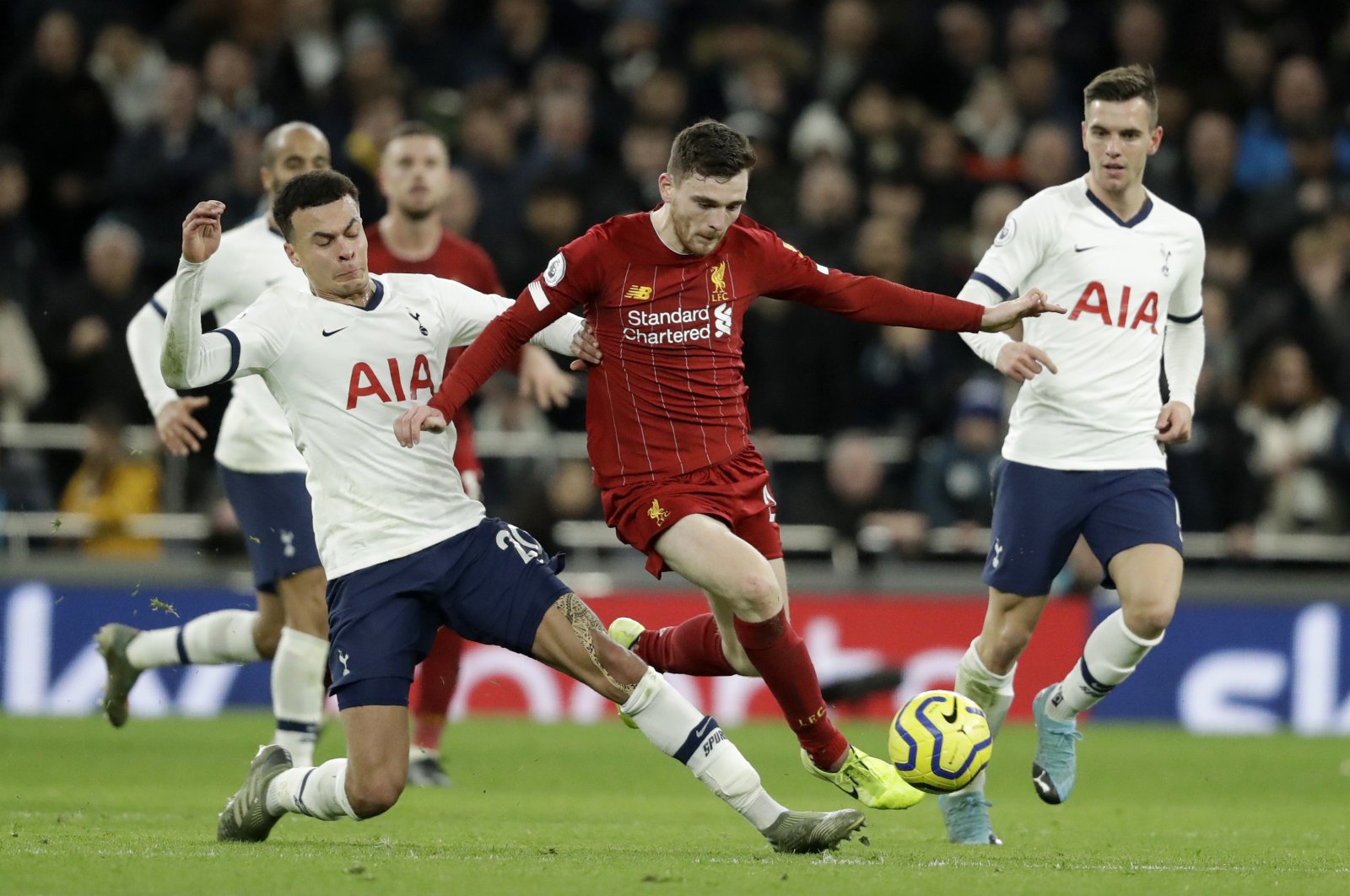 Tottenham visits Liverpool for a face-off of the Premier League's top two spots, while Inter Milan hosts Napoli in Italy's best league for a decisive clash in Wednesday's matches

The top two clubs in the Premier League will go head to head on Wednesday as defending champion Liverpool hosts leader Tottenham Hotspur at Anfield stadium.

Separated only by goal difference, victory for either side would send them clear at the top after the first third of the season's fixtures.

The short off-season and packed fixture list have seen a number of surprise results already while Liverpool, in particular, has been hit by injuries to key players.

Defender Joel Matip will be assessed before the Tottenham game after coming off at halftime in Sunday's draw at Fulham with what manager Jurgen Klopp called a "back spasm."

Despite the injuries, Liverpool has lost just one league match this season and is unbeaten in 65 league games at Anfield.

Tottenham has matched Liverpool with just one loss all season and Pierre-Emile Hojberg said the club felt ready to test themselves against the champions.

Any slip-up from the top two would allow the chasing pack to take advantage, with third-placed Leicester best positioned to move above them.

Brendan Rodgers' side host Everton on Wednesday and James Maddison, who scored two goals in the 3-0 win over Brighton on Sunday, said Leicester is showing the kind of versatility to succeed.

Fourth-placed Southampton go to Mikel Arteta’s, which is under a big pressure following a 1-0 loss at home to Burnley that left it standing 15th.

Aside from the Premier League, Serie A will see action with midweek clashes.

Standing at second place three points away from the top, Inter Milan faces Napoli on Wednesday, which sit one point back alongside champion Juventus.

Inter fell behind at Cagliari but took home a 3-1 win, and Napoli also came from behind to beat Sampdoria 2-1.

Leader AC Milan visits second-to-last Genoa Wednesday after a home draw that heated up the race at the top of the Italian top flight.

With veteran striker Zlatan Ibrahimovic on injury layoff, it took the Devils a brace from Theo Hernandez to bounce back from two down to a 2-2 draw against Parma on Sunday.

Milan coach Stefano Pioli, however, was pleased with the squad's display and looks to have Ibrahimovic back and trying to beef up his 10-goal tally after Juventus' Cristiano Ronaldo drew level with a brace.

Juventus, meanwhile, gears up to host Atalanta after beating Genoa 3-1, with Ronaldo converting two penalties to celebrate his 100th game with the club, on a total tally of 79 goals.

Both Juventus and Atalanta last week qualified for the last 16 of the Champions League as Lazio also advanced, while Inter exited the event, also missing a place in the Europa League.