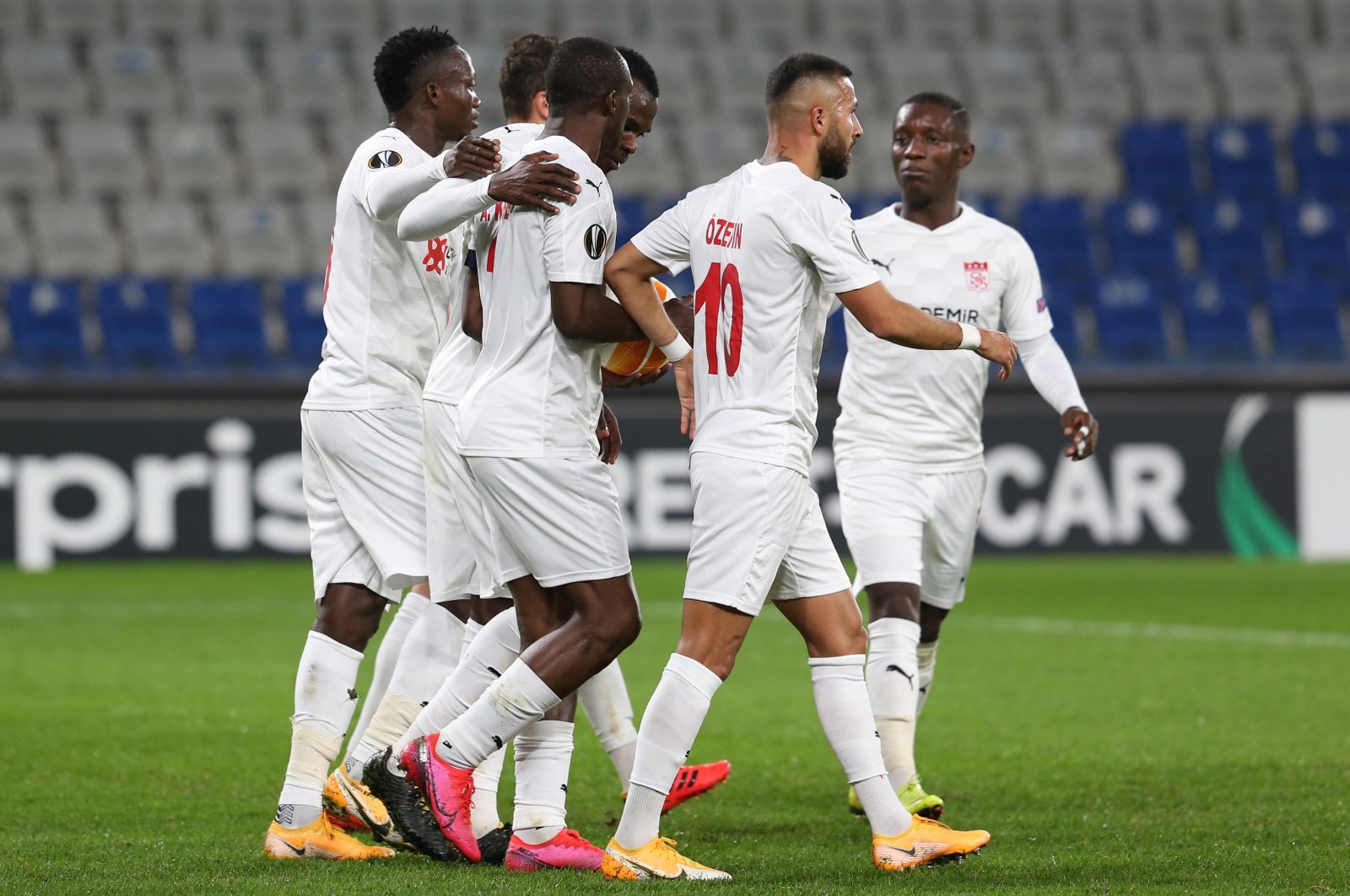 Sivasspor will host Villarreal on Thursday in a UEFA Europa League Group I match in the competition’s Week 5. The Turkish outfit, in the third spot in the group with six points after two wins against Azerbaijan’s Qarabag, hopes to make fans forget a 5-3 defeat in their first game against the Spanish side.

It is a make-or-break game for group stage first-timer Sivasspor as it needs to continue its winning streak to secure its spot while Villarreal needs just a point to secure its eighth qualification for the round of 32. Unfortunately, the Turkish side is short eight players, including Rybalka and Jorge Felix who suffered injuries and six others who tested positive for the coronavirus. Coach Rıza Çalımbay himself will skip the match as the team announced Wednesday that he is in self-isolation after testing positive for COVID-19.

The Turkish team will play its 13th match in the Europa League, in which it has achieved a bleak record with just four wins, seven defeats and one draw. It scored 15 goals and conceded another 27 in those matches. Sivasspor’s top scorer in the European competition is Nigerian striker Olarenwaju Kayode with four goals.

Villarreal hit a snag in its campaign for group victory by drawing 1-1 against Maccabi Tel-Aviv but it still remains three points ahead of the Israeli side. A win in Turkey, where Villarreal already beat Qarabag 3-1, would secure the top spot for the Spanish club.

Sivasspor finished fourth last season in the Süper Lig to qualify directly for the UEFA Europa League group stage. They are the ninth different club from Turkey to play in the competition proper.

Elsewhere, the mammoth Europa League group stages are approaching conclusion with various teams on the brink of progress or elimination in Round 5.

Battling it out in the Europa League may not be AC Milan's preference but the resurgent Serie A leader can at least step into the knockout stages if things go its way on Thursday. Coach Stefano Piolo is back on the bench after a coronavirus infection for the duel between former European champions in Milan. The second-placed host must not only win but hope Sparta Prague loses to Group H leader Lille to reach the last 32 with a game to spare.

Beyond Milan, another 19 sides could join Roma, Arsenal, Leicester City and Hoffenheim in securing progress on Matchday 5.

Milan's Zlatan Ibrahimovic will be out with injury, but because the team is sitting five points clear of city rival Inter at the top of the domestic table, it will be full of confidence against eliminated bottom side Celtic. Its compatriot Napoli, Group F's leader, would be through with a win at AZ Alkmaar, who beat the club 1-0 in the campaign opener but trails by two points alongside Real Sociedad. The Neapolitans thrashed Roma 4-0 over the weekend and look to retain the consistency they sometimes have lacked this season.

La Liga leader Sociedad could welcome back David Silva after he was out two games with a thigh injury when it hosts eliminated Rijega.

Tottenham Hotspur will become the third English side through if it avoids defeat at LASK Linz. The Premier League leader is without defender Toby Alderweireld due to a groin injury, and Erik Lamela is working on his match fitness before a return. Joe Rodon could feature again after a successful weekend debut against Chelsea.

Antwerp, who like the Spurs has nine points in Group J, will go through with a draw at home to Ludogorets. Perfect Arsenal is likely to be without David Luiz against Rapid Vienna after a clash of heads with Wolves striker Raul Jimenez, who was sent to the hospital for an emergency operation on his skull. Molde can take pole position to join them progressing from Group B if it wins at home to pointless minnows Dundalk. Leicester looks likely to win Group G as it heads to Zorya Luhansk while AEK Athens must beat Braga in the other game to keep its hopes alive. Bayer Leverkusen will have Edmond Tapsoba and Nadiem Amiri back from isolation and illness when it visits Nice where it is needing a point to escape Group C, while a draw also suffices for Slavia Prague at home to Hapoel Beer Sheva.

Glasgow Rangers and Benfica are dominating Group D and can take another step toward the knockouts at home to Standard Liege and Lech Poznan, who realistically need wins to stay alive. Granada will extend its maiden European campaign into the next round if it avoids defeat at home to PSV Eindhoven, who it previously beat in the Netherlands. PAOK Thessaloniki can put pressure on the second-placed Dutch by winning at struggling Omonia Nicosia in Group E. Hoffenheim is through but Munas Dabbur can become the all-time top group stage scorer in the Europa League with a goal at Red Star Belgrade, who needs a point to progress from Group L. Gent hosts Slovan Liberec.

In a tight Group K, Feyenoord hosts Dinamo Zagreb and CSKA Moscow welcomes Wolfsberg with everything to play for. And in Group A, Young Boys of Switzerland travel to qualified Roma knowing defeat could see them come under pressure if Cluj beats eliminated CSKA Sofia.