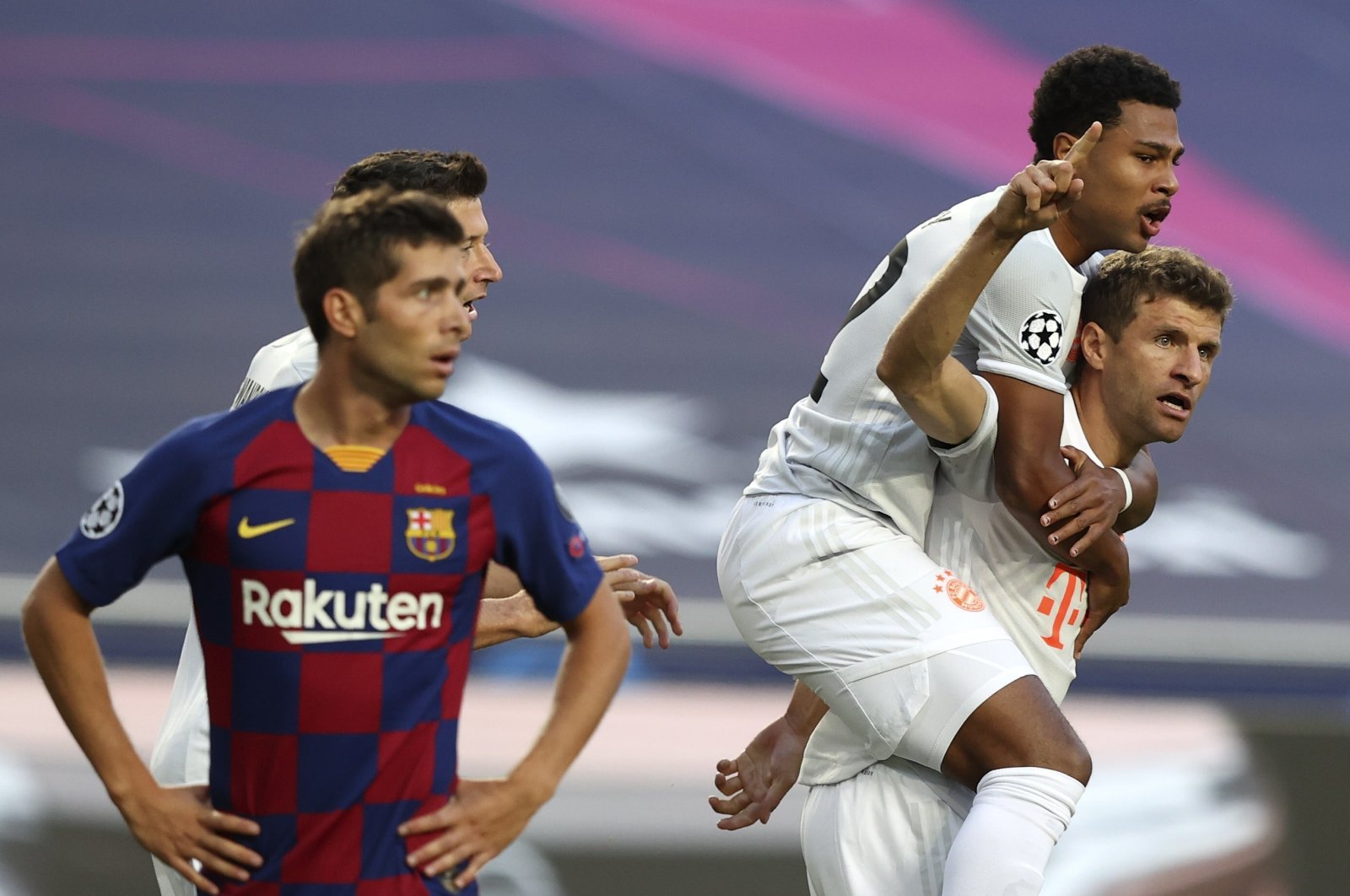 Thomas Muller has returned to form under Bayern Munich coach Hansi Flick and now aims to win the Champions League for the second time in his fourth appearance in the final.

Last year was not exactly fun for Muller. He was first unceremoniously dumped from the Germany team by Joachim Loew and when then-Bayern coach Niko Kovac said he would only use him "in case of an emergency," the forward seriously started pondering his future at the club he joined as an 11-year-old.

Fast forward to August 2020 and the post-Kovac era where Muller is gearing up for a fourth Champions League final and Bayern icon Franz Beckenbauer has called on Loew to bring Muller back onto the Germany team because "he is an absolute leader."

The 30-year-old has experienced an extraordinary revival since Hansi Flick replaced Kovac in November.

His form has been so good that the phrase "Muller always plays" from Louis van Gaal, who brought him onto the first team in 2008, effectively applies again.

Muller has renewed his contract until 2023; has won a ninth Bundesliga title by contributing a league record 21 assists and scoring their 100th and final league goal; sealed a sixth German Cup title, and on Sunday against Paris Saint-Germain can complete a second title treble after 2013.

At the finals tournament in Lisbon, Muller became Germany's most-capped Champions League player with 114 appearances, and his two goals in the incredible 8-2 quarterfinal destruction of Barcelona lifted him to join 11th in the competition's all-time scoring list with 46 goals.

"Thomas Muller is unique, you can't copy him," Flick said ahead of the Lisbon finals.

Flick has put Muller into his preferred position right behind top scorer Robert Lewandowski, making him flourish again with his totally unpredictable moves.

Muller once described his game as that of a "Raumdeuter," a word that has found entry into the English language because the direct translation "space interpreter" doesn't fully describe how he moves on the field.

But the outgoing and almost always cheerful Muller is much more to the club than one of their top players.

Being a Bavarian makes him an automatic fan-favorite in Munich and a typical Muller phrase came just recently when he praised their fitness coach Holger Broich by saying the players on some occasions "would have liked to have launched our dear professor into outer space."

The games behind closed doors have also highlighted that Muller is one of the team's top communicators during matches, always cheering his teammates on and trying to get the best out of them.

That is very much to the liking of Flick, who has known Muller for years from the national team where he was an assistant coach when they won the 2014 World Cup together.

"Thomas has a wealth of experience, especially in such games. He is a very important factor for the team," Flick said.

Muller admitted after the Bundesliga title in late June that "wit wasn't easy in autumn" before Flick took over and has repeatedly credited the coach for turning Bayern's and his fortunes around.

"You feel completely different on the pitch when you feel the trust," Muller said recently of Flick.

That is now to culminate on Sunday when Muller wants to lift the trophy for the second time following 2013 rather than finishing second as in 2010 and 2012.

"We are in great shape but we know we can't take out an opponent completely without giving our all," he said.