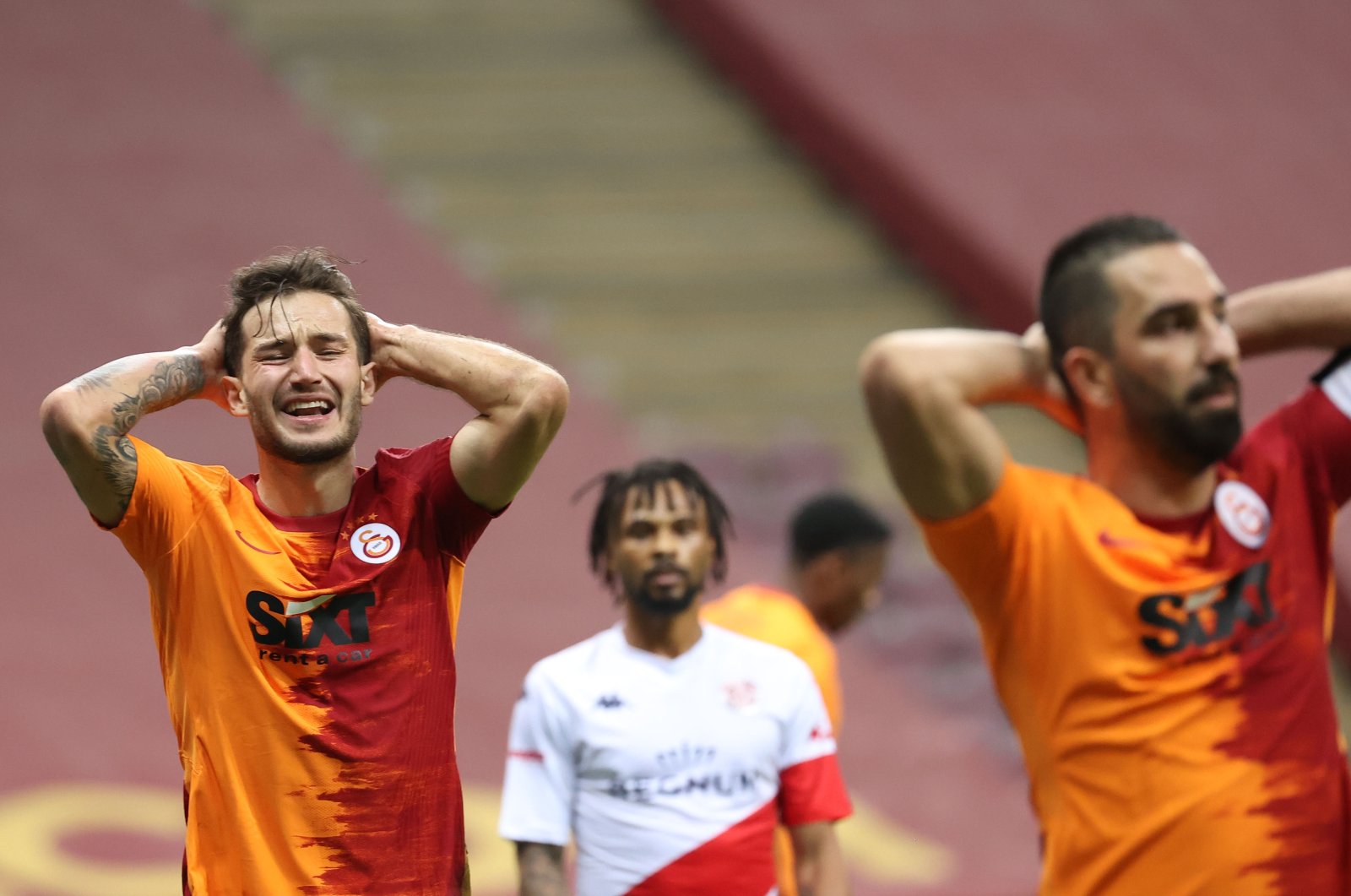 Not wasting any time with breaks, the Süper Lig continues to press on at blistering speed with a fresh round of matches less than 24 hours after wrapping up Week 16

The Turkish Süper Lig’s Week 17 will start less than 24 hours after Fenerbahçe and Kasımpaşa finish the matchday in Istanbul on Monday, and with teams playing so many games back-to-back, many players are unsurprisingly riddled with injuries.

Istanbul powerhouse Galatasaray will headline Tuesday’s games as it visits Konyaspor with many of its players missing.

Standing third with 30 points, the Lions suffered a minor setback Saturday after being held to a goalless draw with Antalyaspor. Briefly overtaking Alanyaspor as leader before the year ended, Galatasaray was as quickly unseated by Beşiktaş, which stands a point above its city rival.

Looking to avoid any further setbacks, coach Fatih Terim hopes to reclaim the throne with a victory against Konyaspor, but it will be a difficult challenge as Galatasaray will be without as many as seven players on Tuesday night.

With Colombian striker Radamel Falcao injured yet again after coming fresh off another two-month injury, Galatasaray will be limited to Mbaye Diagne on offense, but the Senegalese forward’s form in recent weeks has been lackluster at best.

Galatasaray could have made use of Ryan Babel in absence of Falcao, but the 34-year-old Dutch striker hasn’t played a game after suffering a severe case of COVID-19 for which he is still undergoing treatment to recover his health and form.

Another injury that shook the Lions both physically and mentally was Omar Elabdellaoui's unfortunate accident. The Norwegian midfielder was hospitalized with eye damage and facial burns after a firework went off in his hand at home while celebrating New Year's Eve.

The doctors said Elabdellaoui's treatment was progressing positively, but it still remains uncertain whether the Norwegian will suffer permanent damage to his sight.

Besides the injuries, the Istanbul side will also be without three of its players due to suspensions. Winger Emre Kılıç will watch Tuesday’s match from the stands after he was sent off with a red card during the Antalyaspor match. Marcao and Arda Turan, meanwhile, will be absent due to yellow card suspensions.

The only thing Terim will have going for him is the Istanbul giant's undisputed record of dominating head-to-head matches against Konyaspor.

The Anatolian side hasn’t been able to win a single game against Galatasaray since 2003. The Lions, meanwhile, went on to win 20 of the 27 matches that followed that defeat, with the other seven games ending in draws.

So, while Terim will have history on his side, the match will also offer Konyaspor an opportunity to reset the count with its opponent in such a vulnerable state.

Hovering only a single point above the relegation zone, Başakşehir is a husk of itself compared to the last season.

Suffering a 3-0 hammering by Alanyaspor on Saturday, the Istanbul club’s winless streak was extended to seven matches. With just four wins in 15 matches so far into the season, coach Okan Buruk’s hopes of defending the club’s first title are all but gone, unless he manages to pull off the greatest comeback in Süper Lig history.

Hosting Erzurumspor on Wednesday, Buruk will be short three men. Goalkeeper Mert Günok and defenders Martin Skrtel and Junior Caicara will be absent from the squad due to injuries.

Failure to defeat the Süper Lig newcomer Erzurumspor could see Başakşehir finally descend below the relegation zone and could cut Buruk’s future at the club short.