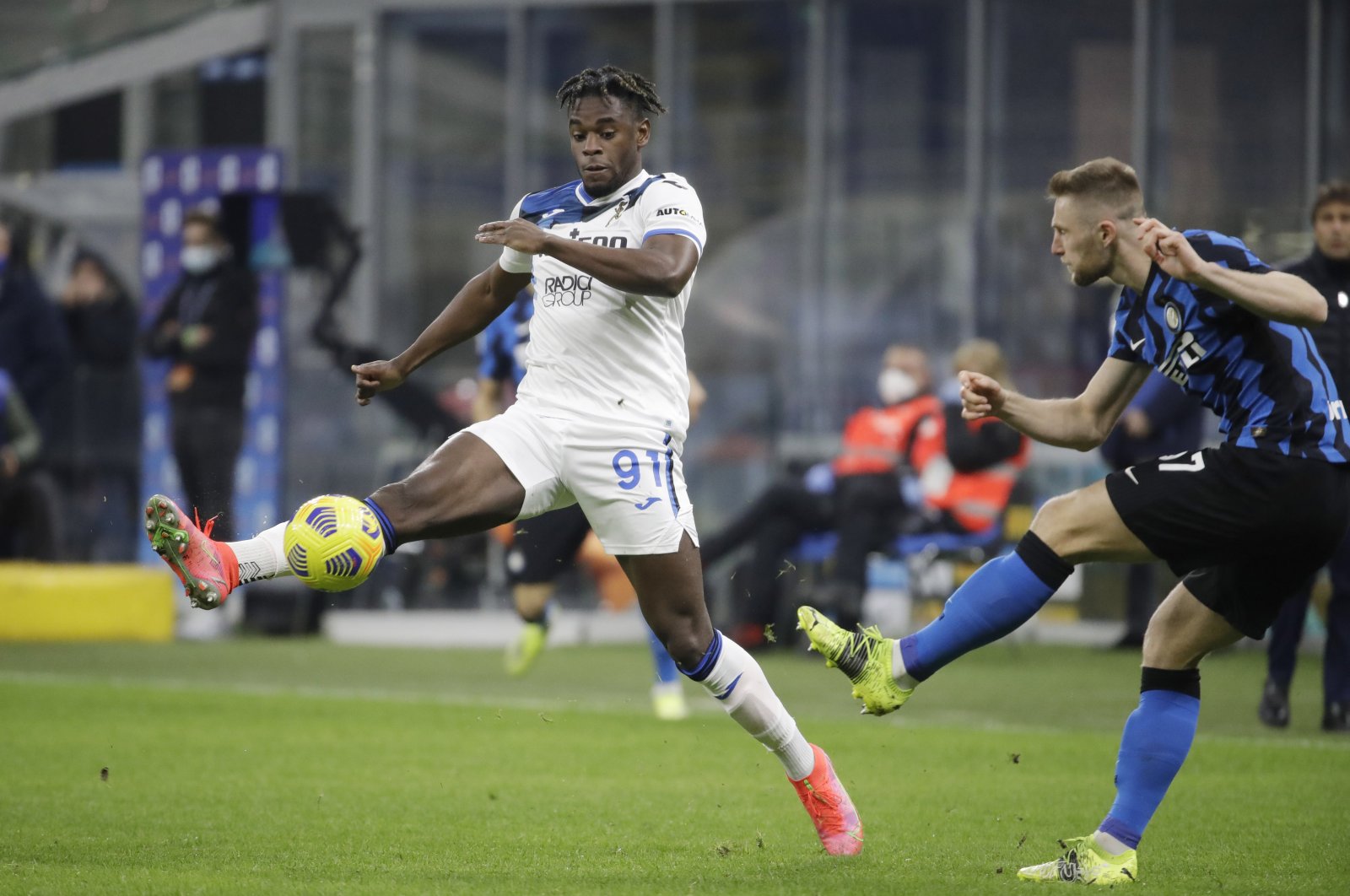 Inter Milan moved six points clear at the top of Serie A after a 1-0 win at home against high-scoring Atalanta on Monday.

Defender Milan Škriniar scored early in the second half and boosted Inter’s chances of winning its first Italian league title in more than a decade.

Inter's seventh successive win saw it restore its healthy advantage over second-placed AC Milan. It is also 10 points clear of third-placed Juventus, which has played a match less.

"Our rivals had won and closed the gap so it was inevitable that we felt a certain pressure, which will keep on increasing,” Inter coach Antonio Conte said.

"Moreover, we were facing an Atalanta side which takes points off all the big teams. We’ve taken home a really important win against a team which could have disrupted our title bid but which is now 13 points behind us.”

It was the first time Atalanta failed to score away from home in Serie A since 2019, and Gian Piero Gasperini’s side remained fifth, a point behind Roma.

Atalanta scored 11 goals in its past three matches and came closest to taking the lead at the end of a tense first half as first Inter goalkeeper Samir Handanović pulled off a fantastic save to deny Duván Zapata then Marcelo Brozović had to clear from practically on the line from the ensuing corner.

Inter broke the deadlock nine minutes after the break when Atalanta failed to properly clear a corner and Škriniar fired the loose ball into the bottom left corner.

Inter held on for its seventh clean sheet in its past nine league matches. It has conceded only two goals in that run.

Kai Havertz is finally making an impact at Chelsea and helping the pursuit of Champions League qualification.

The German playmaker has struggled to convince since joining from Bayer Leverkusen in the offseason for up to 70 million pounds (then $92 million).

But Havertz helped Chelsea to beat Everton 2-0 at Stamford Bridge on Monday and was unlucky not to have a goal to his name after starring in the false nine position.

Havertz was unlucky not to be credited with Chelsea’s first goal, with Ben Godfrey’s deflection eventually confirmed as an own goal. The lively forward later saw a neat finish ruled out for handball before winning a penalty that Jorginho converted.

"I’m very happy with his performance, no doubt about his quality his talent and also not about his character,” Chelsea manager Thomas Tuchel said. "He needs to adapt to the Premier League, he needs to be at a club where you play to win every game, where the highest standards are normal. That’s a normal process also for him to adapt to this mentality.”

Chelsea boasts nine clean sheets in Tuchel’s 11 matches in charge, and only Maurizio Sarri with 12 games has enjoyed a longer unbeaten start to life at the club.

It leaves Chelsea two points ahead of fifth-placed West Ham, which beat Leeds 2-0 in the other game on Monday.

A year ago, West Ham was out of the relegation zone only on goal difference. Now the east London club is chasing European qualification.

West Ham took the lead in the 21st minute with virtually its first attack.

Jesse Lingard played a neat one-two with Said Benrahma and skipped into the area, where Luke Ayling clumsily brought him down. The Manchester United loanee’s penalty was saved by Leeds goalkeeper Ilan Meslier but he netted from the rebound.