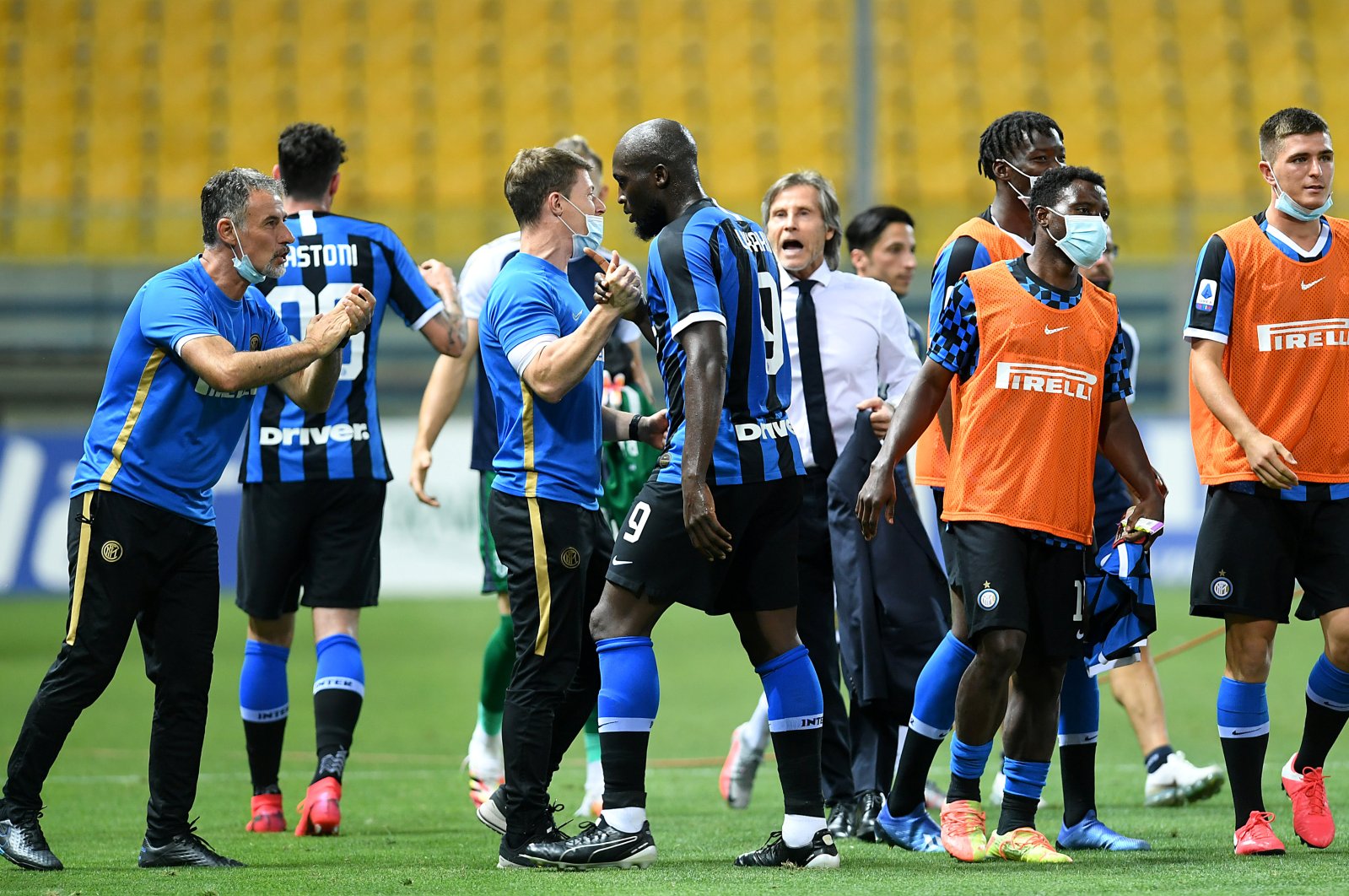 Tommaso Berni, Inter Milan’s third-choice goalkeeper who hasn’t played in six seasons with the club, was sent off the bench for a “disrespectful outburst” during Sunday’s game at Parma.

With stadiums empty of fans due to the coronavirus pandemic, TV cameras and microphones have been picking up nearly everything that players, coaches and bench members are saying.

Even when the benches are moved to the first few rows of the stands, as in Parma when Berni was singled out by the fourth official during the second half, referees can still hear everything.

Plenty of players on the field are also seeing red cards. Moments after Berni’s outburst, Parma was reduced to 10 men when midfielder Juraj Kucka was sent off for protesting. Kucka then became even angrier and had to be dragged down into the tunnel by club officials. Besides being suspended for a game, Kucka was also fined 10,000 euros ($11,000).

It was the second time this season that Berni was sent off from the bench, and this time, at least, it seemed to motivate his team. Inter promptly scored twice to erase an early deficit and produced a 2-1 comeback win.

Berni, 37, had already been red-carded this season during a game against Cagliari, when he protested over the dismissal of his teammate Lautaro Martinez.

Berni has made no appearances in the past six seasons with Inter, who also did not field him in the 2000-2001 campaign, when he joined as a youth talent.

He then moved to English club Wimbledon, where he did not play in two seasons, but featured fairly steadily in the next three Serie B campaigns at Ternana and at Salernitana in 2008-2009.

He has a total of nine Serie A appearances with Lazio and Sampdoria.