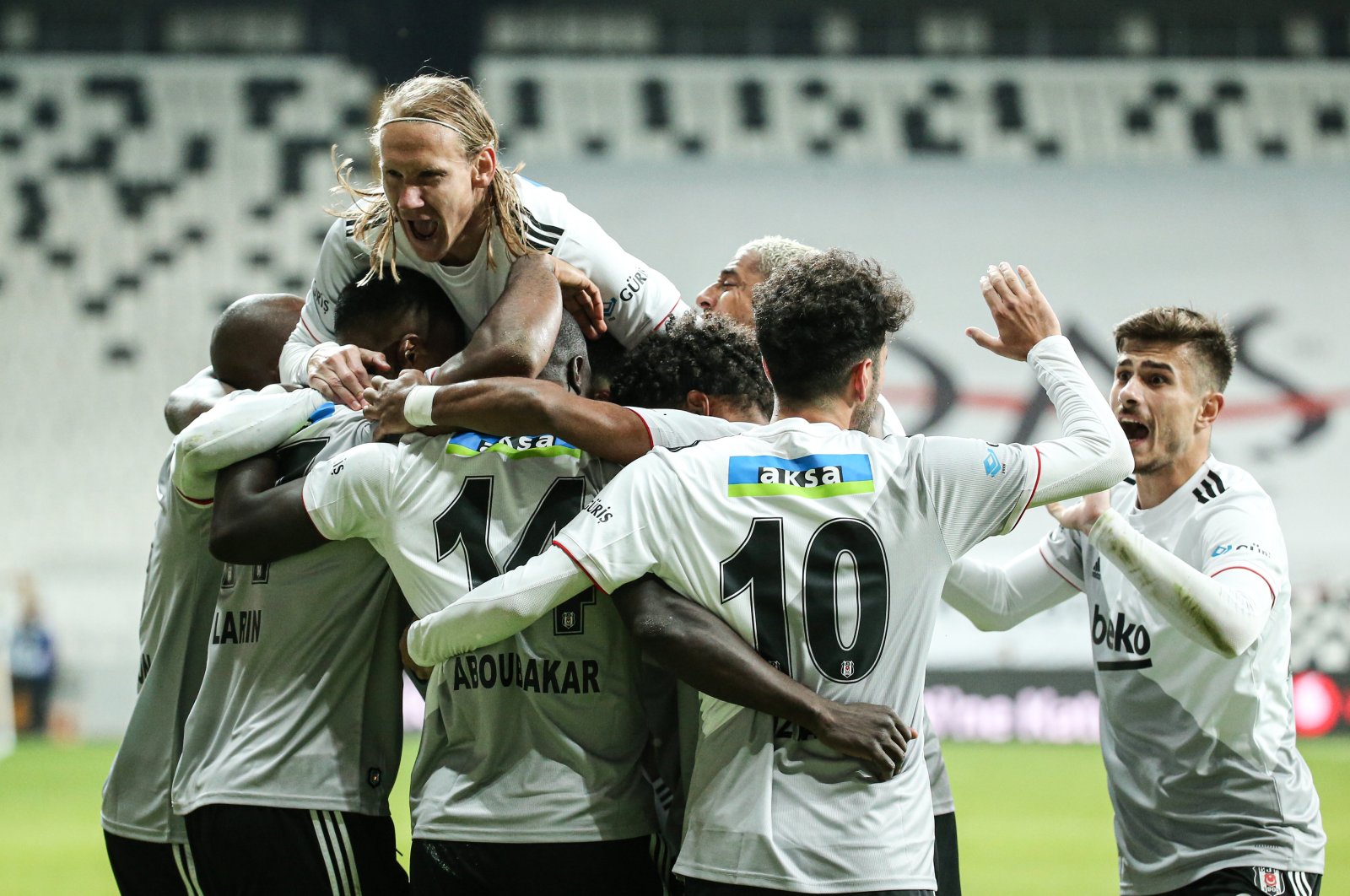 With Fenerbahçe claiming the Süper Lig’s leadership spot last week, Istanbul’s other major clubs hope to inch closer to the top before the international break

As the Süper Lig leaves its opening weeks behind and moves deeper into the season, a clearer, yet similar pattern emerges: Istanbul’s major clubs will be the main contenders for this year’s title race.

From defending champion Başakşehir to serial disappointer Fenerbahçe, the Istanbul powerhouses have all made lackluster starts to the season – with the exception of Galatasaray, which made a much better start only to stumble later on.

But seven weeks into the season, the Süper Lig’s household names appeared to turn things around.

And now, before the two-week international break kicks in, they hope to converge on the upper spots of the top flight before many players head home for international duty.

The Süper Lig’s Week 8 will kick off with Beşiktaş visiting Gaziantepspor on Friday when the Black Eagles will look for a win to avoid falling behind in the pack.

Standing at the eighth spot with 10 points, a win could propel Beşiktaş as far as the fourth spot, offering coach Sergen Yalçın much-needed peace of mind during the two-week break.

Yalçın found himself under fire after the Istanbul powerhouse raised hopes by hammering Trabzonspor 3-1 in the season opener but went on to collect only a single point in the following three matches, getting knocked out of the Europa League in the process.

He was only able to fend off criticism after his side managed to move from 18th place to eighth by winning its last two matches.

But as a Süper Lig veteran himself, Yalçın knows how finicky the fans in Turkey are, and in a land where results far outweigh intentions, he will need to bank more points to keep the wolves at bay.

And the departure of Trabzonspor coach Eddie Newton last week served all Süper Lig managers a grim reminder of how disposable they are.

While Newton was not entirely blameless after Trabzonspor turned from last year’s runner-up into relegation zone resident, he was still shown the door just seven matches after being promoted to head coach.

Starting last week as Süper Lig leader, Alanyaspor lost the top spot after its meeting with Izmir side Göztepe was called off following the devastating 6.6-magnitude earthquake in the city that killed at least 114 and injured more than 1,000.

Following the postponement of the Alanyaspor match, Fenerbahçe was quick to take advantage of the situation and became the new leader after defeating Antalyaspor 2-1 on Monday.

Now, the Istanbul powerhouse hopes to strengthen its claim with a straight fifth win as it hosts Konyaspor on Saturday.

Joining Fenerbahçe during the summer break, coach Erol Bulut arrived at a turbulent time at the Istanbul giant after two disappointing campaigns.

Many doubted the player-turned-manager at first after Fenerbahçe failed to win against newcomers Hatayspor in opening weeks, followed by a goalless draw against archrival Galatasaray.

But since then, Bulut and his men have been on a winning streak.

Under least pressure compared to his counterparts in other Istanbul titans, Bulut hopes to elevate Fenerbahçe to its former glory, but it is still early to call anything now as the Yellow Canaries have yet to face Başakşehir and Beşiktaş, which could upset the plans.

The matchday will end on Sunday with a slew of face-offs, including Başakşehir and Galatasaray clashes.

The defending champion will take on Gençlerbirliği early in the day, with Başakşehir looking like a solid favorite, especially after its stunning 2-1 win over Manchester United in the Champions League.

Making the worst start to the season among Istanbul’s major clubs, Başakşehir has been on a path to recovery.

Failing to even score a goal in its first four Süper Lig matches, Başakşehir broke the deadlock after defeating Trabzonspor 2-0.

And now, with the taste of its first Champions League win fresh in its mouth and enjoying a three-match winning streak in the Süper Lig, Başakşehir’s bite will be worse than its bark.

Standing seventh with 10 points, Buruk hopes the Champions League morale boost will help his players with another win that could see his side move up several places.

Later on Sunday, Galatasaray will visit Sivasspor for the closing match of the week.

Following Fenerbahçe and Alanyaspor closely, Galatasaray stands third with 13 points, but it still didn’t save coach Fatih Terim from finding himself at the pointy end of criticism.

Starting the season with a good form and two wins, including one against Başakşehir, Galatasaray was engulfed in brief chaos after the Lions exited Europa League with a defeat in the playoff.

Followed by two domestic defeats, Galatasaray found itself without a European campaign early in the season and its Süper Lig leadership taken away.

Like his counterpart Yalçın, Terim was the target of heavy criticism from fans and pundits alike.

In his fourth tenure and 11th season at the club, the veteran coach was an expert at rebuffing dissent after his players defeated Erzurumspor and Ankaragücü in the last two weeks.

A third win on Saturday will help the Lions’ title campaign while helping Terim further quash his critics.

But a defeat, on the other hand, could bring back quiet calls for his resignation.