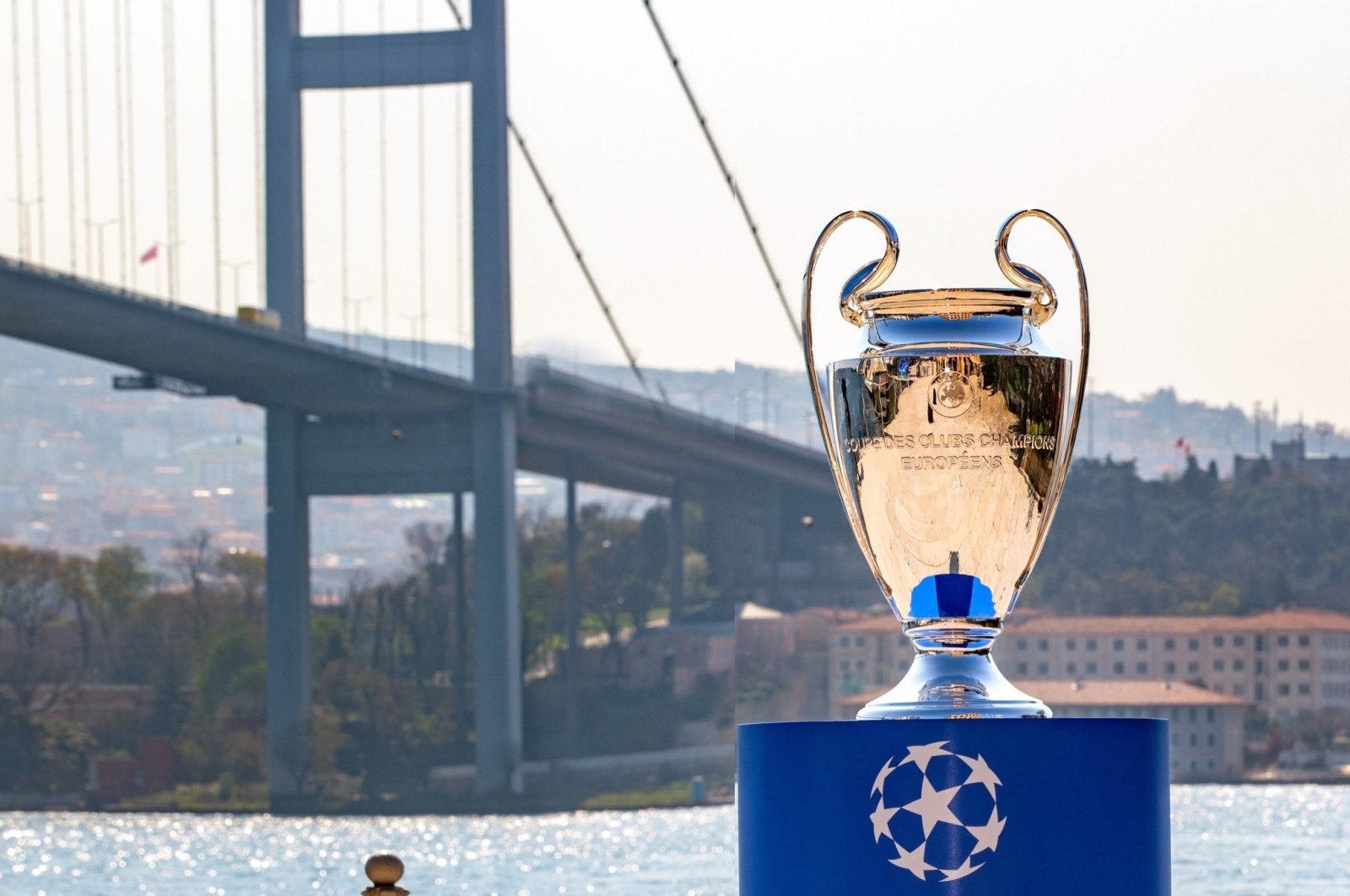 This file photo shows the Champions League trophy by the Bosporus for the final match originally scheduled to take place in Istanbul, Turkey, on May 13, 2021. (DHA Photo)
by DAILY SABAH WITH AA Jul 16, 2021 8:14 pm
RECOMMENDED

Turkey's largest city, Istanbul, will host the Champions League Final in 2023, UEFA said in an official statement on Friday.

The football body also noted that the group draws for 2021-22 and 2022-23 seasons of the Champions League, Europa League and Europa Conference League would be held in Istanbul.

The metropolis had to give up its host status for two finals in the last two years due to the raging COVID-19 pandemic.

The German city of Munich was originally to host the final that year. It will now be the site of the event in 2025.

The European club season kick-off of the 2021-2022 and 2022-2023 seasons will also take place in Istanbul, the UEFA Executive Board decided.

For its part, the Turkish Football Federation said on its website: "The selection of Turkey as the host of an outstanding start-of-season event such as the UEFA premier reinforced the confidence in our country in organizing international events."

Saint Petersburg in Russia is scheduled to host the 2022 finals, as is London in 2024.

Dublin and Bilbao are slated to host the future club competition finals after their withdrawal of hosting rights for EURO 2020.

The other Europa League final hosts of the coming years will be Seville, Spain in 2022 and Budapest, Hungary in 2023.