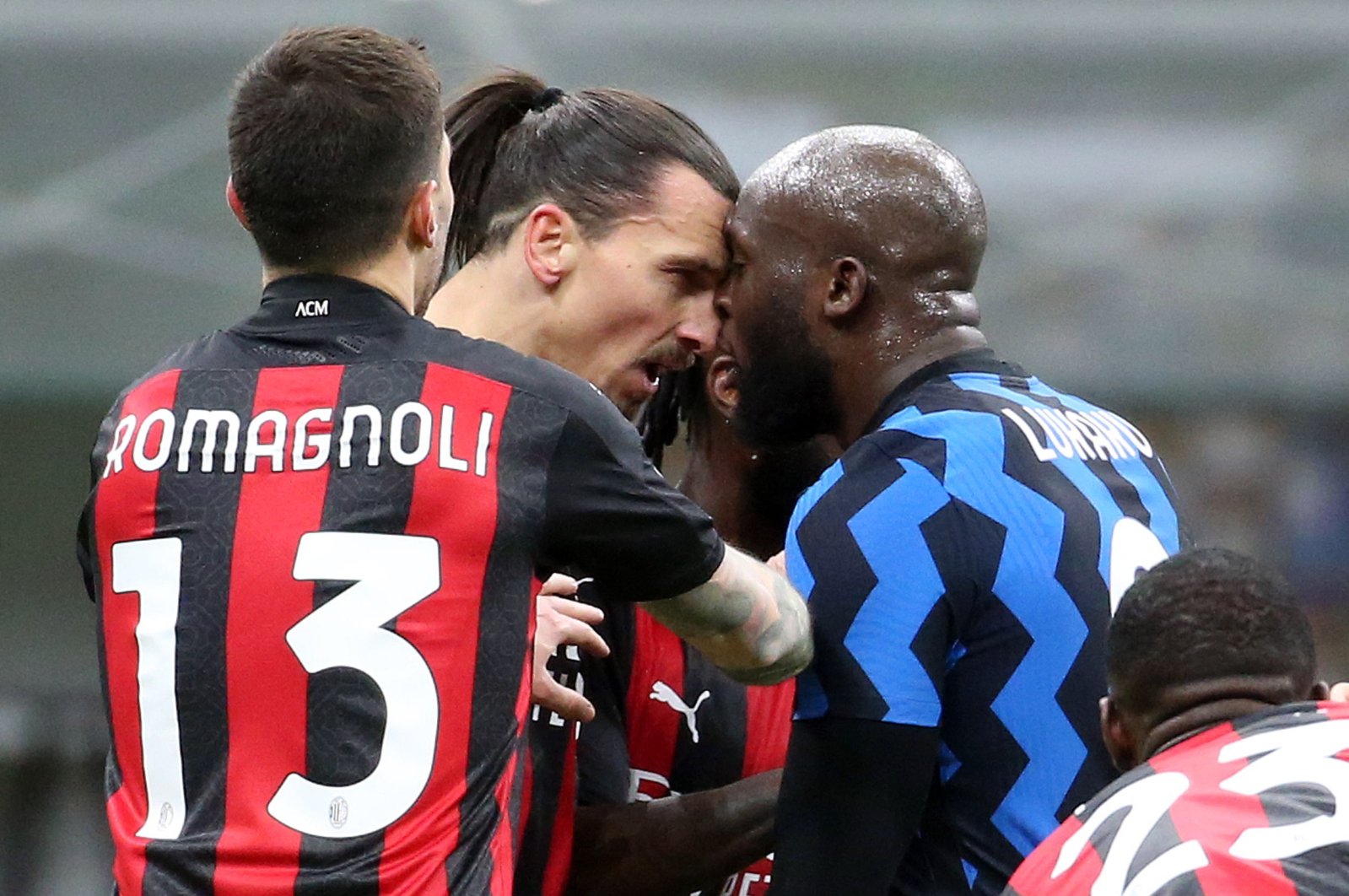 The Italian Football Federation (FIGC) has opened an investigation into the verbal clash between Zlatan Ibrahimovic and Romelu Lukaku during last week's Coppa Italia quarterfinal, the sports body said Monday.

The pair, former teammates at Manchester United, had to be restrained as the players left the pitch at the end of the first half, with Inter Milan's Lukaku seemingly incensed by something AC Milan's Ibrahimovic said.

The BBC reported that a pitchside microphone had picked up Ibrahimovic saying "go do your voodoo" to Lukaku, an apparent reference to 2018 comments from Everton owner Farhad Moshiri that the Belgian turned down an offer to stay in Merseyside on the advice of a "voodoo message."

Ibrahimovic defended himself on Twitter on Wednesday, but the FIGC will look into the incident further. "Federal Prosecutor Giuseppe Chine this morning opened proceedings relating to the verbal clash staged between the players Zlatan Ibrahimovic and Romelu Lukaku on the occasion of Inter-Milan," an FIGC statement read.

"As part of the investigation, the Federal Prosecutor decided to summon the referee Paolo Valeri, who will be interviewed in the next few hours to clarify the scope of the penalties already imposed during the match against the two players."

The referee cautioned the duo for the clash before giving Ibrahimovic another yellow card and a red after the restart for a foul on Aleksandar Kolarov.

AC Milan went on to lose 2-1. Both players were given one-match suspensions by the league judge on Friday. Lukaku will miss the first leg of the Coppa Italia semifinals against Juventus on Tuesday, while Ibrahimovic will have to sit out his team's next match in the competition.