What did Ibrahimovic, Lukaku say in fiery Milan derby exchange? 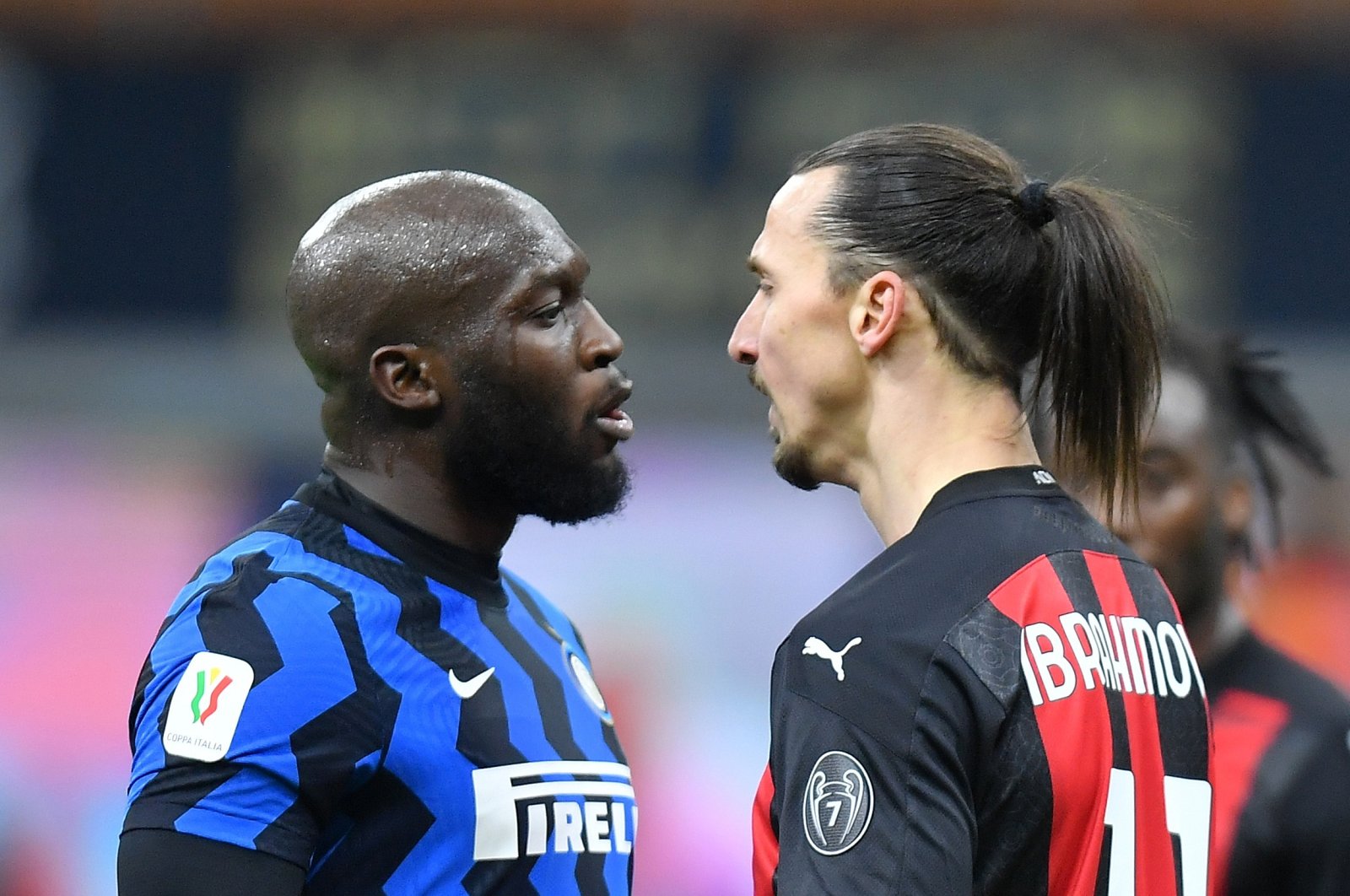 AC Milan star Zlatan Ibrahimovic had a heated exchange full of insults with Inter's Romelu Lukaku during the Milan derby Tuesday in the quarterfinals of the Italian Cup.

Initially, Lukaku was heard saying to Ibrahimovic, "Let's go inside, you b----!"

To which the Swede responded: "Call your mother. Go do your voodoo s---." He also called the Inter striker a "little donkey."

The argument also involved the two butting their heads on the stroke of halftime, and both players were booked. The spat between the former Manchester United teammates continued after the halftime whistle and a visibly furious Lukaku had to be held back.

"F--- you and your wife!" Lukaku yelled as his teammates and Inter officials tried to hold him back.

The yellow card proved costly for Ibrahimovic as he was shown a second yellow after the break for a tackle on Inter defender Aleksandar Kolarov and sent off, leaving his side down to 10 men.

Milan coach Stefano Pioli said Ibrahimovic later apologized for the red card "like the great champion he is."

“It (the confrontation) certainly influenced the match; the first booking caused the sending off,” Pioli said. “They’re big enough and ugly enough. I don’t know what they said to each other. It can happen; we need to move past it and think of the next match.”

In the game, Ibrahimovic gave his side the lead in the 31st minute, when he controlled the ball on the edge of the area before placing an angled drive between Kolarov's legs. It went in off the base of the far post.

In the 71st minute, 13 minutes after Ibrahimovic was sent off, Lukaku slammed a penalty into the top left corner after Milan forward Rafael Leao brought down Nicolo Barella in the area.

The match had a lengthy delay as referee Paolo Valeri received treatment for a thigh injury and was eventually replaced by the fourth official.

Milan goalkeeper Ciprian Tatarusanu pulled off a number of saves, but they weren't enough. Just as the match appeared to be heading into extra time, Eriksen curled a free kick into the top left corner in the seventh minute of stoppage time.

Inter will play Juventus or Spal in the semifinals. They meet on Wednesday.